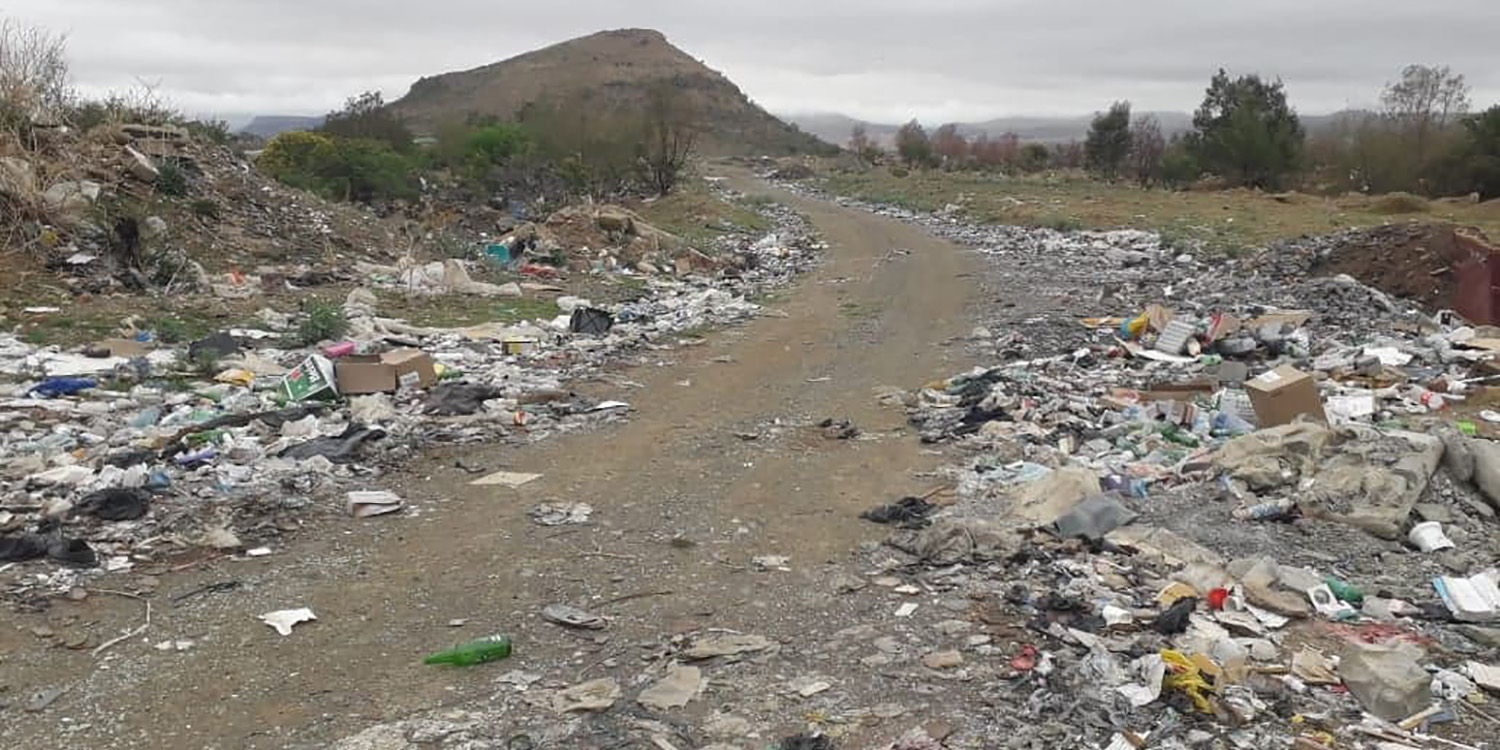 The present state of a road in Cala. (Photo: Cala University Students Association)

A group of civil society organisations in Cala and Elliot, has demanded action from Eastern Cape Premier Oscar Mabuyane, on delivery failures by the Sakhisizwe municipality. With the list of letters written and not answered getting longer by the day, they have now turned to lawyers to help them.

Residents of a third municipality in the Eastern Cape have threatened the provincial government with legal action to dissolve their municipality, claiming that service delivery has all but collapsed and the municipality has, for the past two years, refused to share any financial and other strategic information with its residents.

Dr Fani Ncapayi from the Cala University Students Association (Calusa) said they have, however, also drawn up a “constructive proposal” for the provincial government that means the premier can still avoid court.

Cala and Elliot in the Eastern Cape form the Sakhisizwe Municipality, where residents claim service delivery has collapsed, leaving them with a dire sewage problem, severe water issues and a growing waste crisis.

“The dumping site is a mess – an environmental disaster to say the least. Even the livestock is in danger for grazing around there. The streets are poorly maintained. There are a lot of potholes. Sewage is flowing through the streets,” Ncapayi said.

“Almost all the sewage ponds were demolished for an upgrade but the project was abandoned. Now we only have a small sewage pond left,” he said.

“Livestock roams the streets… cows, goats, sheep, pigs. In Elliot, the drainage system has not been maintained. When it rains the drains are blocked and the town gets flooded.”

He said the threatened legal action was their last resort after a long battle to even get the municipality to provide documents to civil society so that they can see what is happening.

“We are demanding to be consulted in the decisions that the municipality is taking,” he said.

The threat of legal action comes as judgment is expected in the provincial government and the municipality’s applications for leave to appeal a landmark judgment against the Makana Municipality.

In January this year the Makhanda High Court ruled in favour of the Unemployed People’s Movement that the municipal council must be dissolved for its unconstitutional failure to provide services to residents.

At the same time, the MEC for Co-operative Governance in the province, Xolile Nqata, admitted in a written answer in the provincial legislature that not a single municipality had obtained a clean audit for the 2018/2019 financial year, with several receiving worse outcomes than the previous year.

The Democratic Alliance’s Retief Odendaal said the province’s municipalities had the worst audit results in the past six years.

“The latest findings clearly show that local municipalities simply do not have the capacity to manage their own finances, and urgent intervention from the provincial government is needed if we are to prevent the total collapse of service delivery at local level,” he said.

Ncapayi said their trouble with the Sakhisizwe Municipality began in 2018.

“In June or July 2018 there was a shutdown of the municipality that was led by young people. They complained about service delivery, the documentation processes in the municipality and unemployment. All these things were caused by corruption.

“People are abusing resources for their own benefit. Around September that year, we decided to see how we can intervene. There was nothing happening for three months. Streets were burnt. Everything was closed.

“We organised a meeting of all the civil society structures. We came to a conclusion that we had to get organised. As this revolved around the lack of accountability of the municipality and residents were not consulted in decision-making processes, we decided to form the Sakhisizwe Civil Society Forum.”

The forum sent a letter to the municipality in November 2018 asking to see the financial records, land audit reports and bylaws. This letter and several others went unanswered.

Ncapayi said they then wrote to the Eastern Cape Department of Co-operative Government, asking it to intervene and facilitate the handing over of the documents. He said the letter also raised the lack of service delivery. This letter also did not receive an answer. They then asked the public protector’s office to intervene. The public protector’s office instructed the municipality to hand over the documents, but the municipality failed to do so.

Ncapayi said they managed to secure a meeting with the municipality who again promised to provide the requested documents.

“But this was never done; instead the bureaucrats opted to question the locus standi of civil society in the running of the municipality,” he said.

In July 2019, Nqata intervened and issued a notice that the department intended to intervene after a stand-off between the forum and the municipal officials.

Ncapayi said they persisted with their demand to be included in the intervention, but “it seemingly fell on deaf ears”.

In August 2019 the forum launched an application for the documents in terms of the Promotion of Access to Information Act. The municipality was ordered by the speaker of the council to hand over the documents but failed to do so.

From January 2020, he said, several letters were sent following up on the application but all were ignored. That was when they started seeking legal advice.

He said they received a letter in May from the acting municipal manager that stated the municipality was unable to attend to their queries as they were prioritising the fight against Covid-19. Ncapayi added that they were keen to use the lockdown period productively and had drawn up a comprehensive proposal spelling out an integrated approach that will deal with the problems.

“We are waiting to hear back,” he said.

Nosisa Sogayise, a spokesperson for the Amatola Water Board, the implementing agent for government’s response to provide water tanks to water-stressed communities to fight Covid-19, said they had delivered 83 water tanks to the Sakhisizwe municipality. Of these, 70 had been installed and verified, according to Sogayise. She said the distribution and placement of the tanks were the responsibility of the municipality.

Makhaya Komisa, Nqata’s spokesperson, said an acting municipal manager had been appointed for the municipality in March and was given a mandate to fill the vacant positions.

“He is also working with a team to resolve the municipality’s financial problems.”

Komisa said it was difficult for the municipality to respond to requests for information at the moment because most officials were still at home because of the lockdown. MC