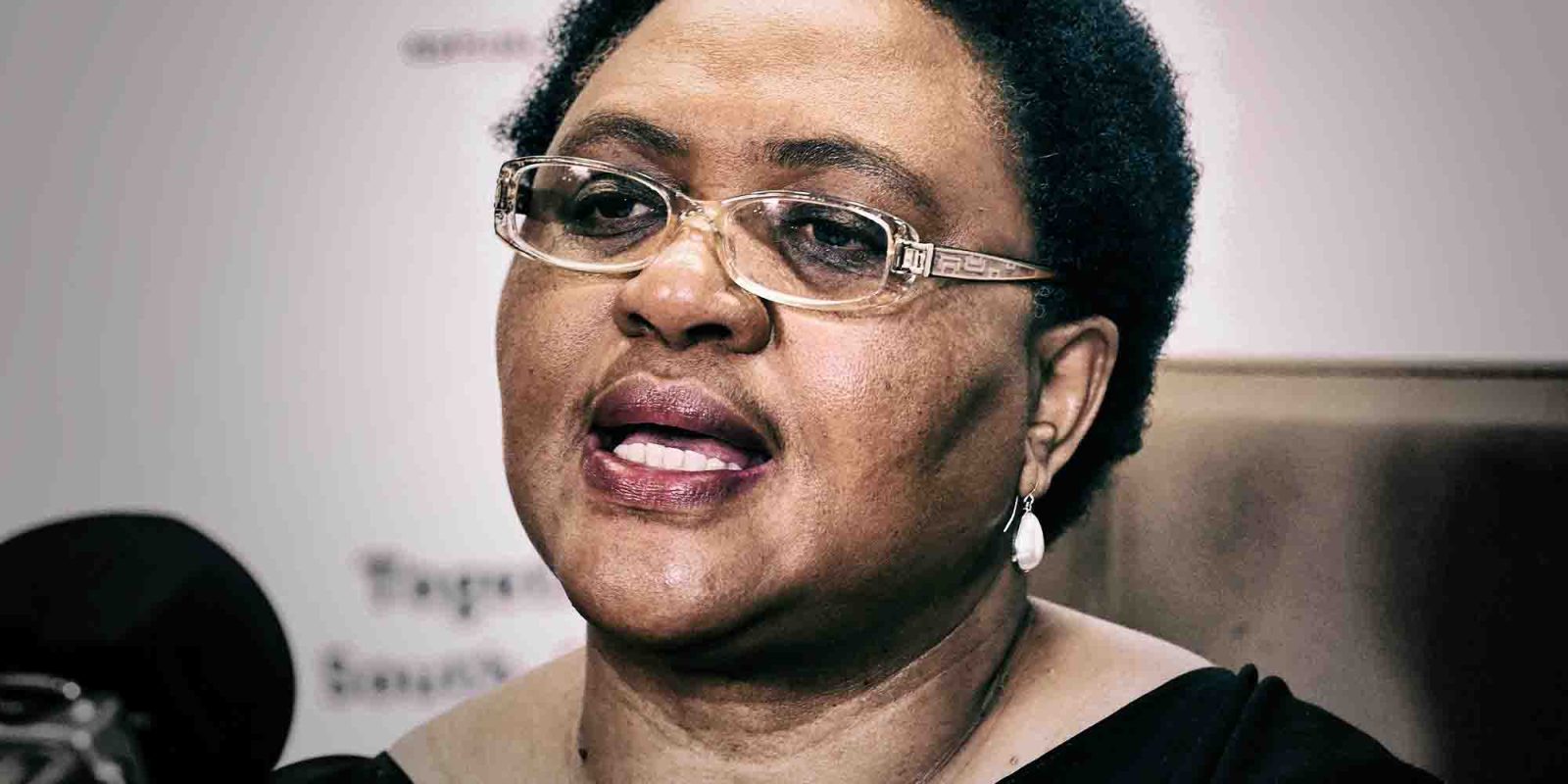 The government announced the outcome of applications for R1.2-billion in financial aid for small-scale farmers. So far, just over R500-million has been allocated to ensure food production continues under the lockdown. This comes as millions of poor South Africans struggle to access food.

Agriculture, Land Reform and Rural Development Minister Thoko Didiza announced that over R500-million in financial aid will be given to small-scale farmers to ensure food security during and after the Covid-19 pandemic.

She was addressing the media on the outcome of the Agricultural Disaster Fund application process on Sunday, 17 April. Of the 55,155 applications that were received, 15,036 have been approved.

She said the department will finalise its decision on the remaining applications in the next week. Successful farmers will be notified in the coming week and grant vouchers will be dispensed to provinces from 18 May 2020.

“Farmers whose applications weren’t successful can still approach the national and provincial offices for other forms of aid,” said the minister.

R1.2-billion had been set aside for the Agricultural Disaster Fund. Applicants had to meet the minimum criteria of an annual turnover of between R20,000 and R1-million. The grant amount will depend on the size of the farming operation, but would not exceed R50,000.

Livestock was the “most requested commodity”, said Didiza, followed by vegetables, poultry and fruits.

Didiza provided a rudimentary breakdown of how the overall R1.2-billion had been allocated so far. She said a detailed breakdown would be made available at a later stage.

In addition to the R500-million-plus going to smallholder and communal farmers, R400-million was going to 146 farms within the Proactive Land Acquisition Strategy (PLAS). These farmers are leasing government-owned land.

The remaining funds will go towards protective clothing for farmworkers and the hiring of 42 agricultural extension workers who act as a link between researchers and farmers.

“With the R500-million, there is still a small amount remaining which will go to the applications that have not yet been approved,” added Didiza.

A large number of failed applications, according to Didiza, were due to “poor record-keeping” by farmers.

“A majority of farmers had difficulty confirming the turnover that they derive out of their operations.”

She said the department of agriculture would be collaborating with the Small Business Development department to introduce interventions to help farmers run their enterprises effectively.

Didiza acknowledged that subsistence farmers, who didn’t fall into the threshold for the grant, also needed government assistance.

“They may not be farming in order to sell to the market, but they are a critical intervention in ensuring household food security.”

Interventions will have to be devised in tandem with traditional leaders as many subsistence farmers are on communal land.

Daily Maverick previously reported that commercial farmers who fall outside of the threshold can access aid through R100-million being made available to the Land Bank for distress relief.

The Land Bank is, however, facing cash flow issues and has approached Treasury for funding.

Didiza did not respond to queries on whether the Land Bank’s financial woes would impact access to grant funding.

Agri-SA executive director Omri van Zyl had told Daily Maverick that the R100-million for commercial farmers was not a lot of aid especially as the commercial farming sector had been hit by a series of disasters including drought, commando worm and an outbreak of foot and mouth disease.

Food security is an ongoing crisis under the Covid-19 pandemic. Daily Maverick has reported extensively on the prevalence of hunger during the lockdown and how bureaucratic inefficiencies, as well as red tape, has hampered people’s access to food aid.

But Didiza has previously stressed that there was enough food for everybody in South Africa – on the production side.

The CEO of the Institute for Risk Management of South Africa, Gillian le Cordeur, also told Daily Maverick that food insecurity had the potential to threaten an already highly precarious humanitarian crisis.

“It is less about the availability of sufficient food and more about the distribution of surplus and procured food while adhering to the parameters of the lockdown,” she said.

Didiza said the department would be working with the Food and Agriculture Organisation of the United Nations as well as civil society organisations to “monitor and evaluate the intervention”. DM