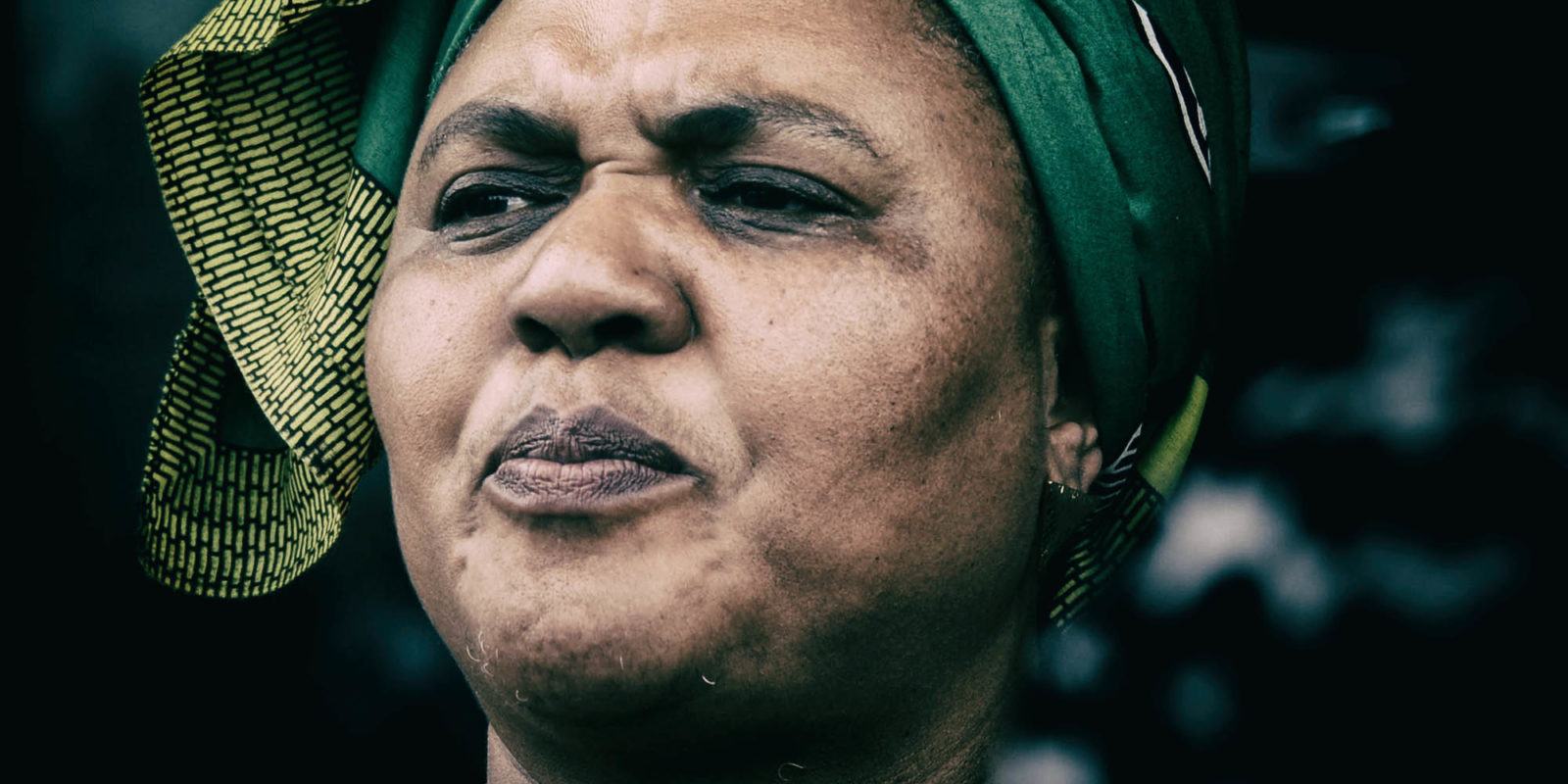 On Monday, the government announced R1.2bn in financial assistance to farmers in an attempt to strengthen the sustainability of the food chain, but stressed that there still is enough food for everybody — despite panic buying. AgriSA, however, said commercial farmers need more interventions as the biggest roleplayers in the food supply chain while other commentators stressed that government should also look at providing relief to those in the informal economy as its regulations to fight the coronavirus have basically destroyed their livelihood.

Stressing that there still is enough food for everybody in South Africa, the Minister of Agriculture, Land Reform and Rural Development, Thoko Didiza, announced on Monday that the department had ring-fenced R1.2-billion for assistance to mainly financially distressed small-scale farmers in certain agricultural sectors.

Since President Cyril Ramaphosa declared the outbreak of the coronavirus pandemic as a disaster and announced a strict 21-day lockdown, the government has announced several measures to protect the sustainability of the country’s food supply chain.

Didiza said the sectors to be targeted include poultry, livestock and vegetables. Other commodities will be considered on a case-by-case basis.

She said the qualifying criteria for farmers are that they must have been actively farming for a minimum of 12 months and currently in the production season or cycle.

They must be registered on a farmer register, commodity database or provincial database, but unregistered farmers will be registered when they apply.

Communal farmers will also qualify for aid as well as smallholder farmers with an annual turnover between R20,000 and R1-million, Didiza said.

Women, youth and disabled people will receive priority, she added.

She said mechanisation, infrastructure and overhead costs will not be supported, and neither will farmers who are preparing for the 2020 summer production season.

“The aim is to provide immediate to near-term support to smallholder farmers currently affected by the coronavirus outbreak in South Africa,” Didiza said.

“Farmers who are currently receiving support through other programmes of government and its entities will also be excluded,” she said.

She said that the money provided in terms of this specific relief package will not be available for debt repayments.

Applications will open on April 8 and close on April 22.

Didiza said personal protection equipment should be issued to farmworkers, who are the backbone of the food supply system.

“I urge all employers within the sector to fully comply with all the applicable prescripts. Together, as stakeholders within the sector, we have a mandate to ensure that there is access to sufficient, safe and nutritious food for our country,” said Minister Didiza.

Didiza said she would like to thank farmers and farmworkers for their “relentless efforts” in keeping food production going in South Africa.

She said the department was constantly monitoring food supplies. “I have to repeat there is no need for panic buying. Panic buying creates shortages and may result in price hikes,” she said. “It is really not necessary to hoard,” she said.

Commercial farmers will be able to access aid through the R100-million being made available to the Land Bank for distress relief.

Didiza said she was confident that the country was producing enough food and that the current intervention will ensure that food production will be sufficient for the next few months.

Agri-SA executive director Omri van Zyl said the R100-million for commercial farmers was not a lot of aid especially as the commercial farming sector had been hit by a series of disasters including drought, commando worm and an outbreak of foot and mouth disease.

“Commercial farmers are responsible for 80% of the food being produced in South Africa,” he said.

He said the commercial agricultural sector employed 885,000 people in South Africa and 1.3 million in secondary agricultural businesses. As the largest employer in the country, it was essential that it remained sustainable.

“All these farmworkers are dependent on farmers and agricultural entrepreneurs so you can easily times that by four,” Van Zyl said.

“We hope that there will be another intervention. The lending rate for farmers should be dropped and other forms of relief should be introduced.”

He said people’s inability to pay for food would be the greatest risk to the food supply chain.

“I think a number of strategic decisions will have to be taken very fast.”

Andy du Plessis from Food Forward SA said that while the supply chain in South Africa was quite complex he also believed it to be resilient.

“If the lockdown ends on 16 April, the supply chain actors could be back to normal operations soon after. If the lockdown is extended, which may very well be the case, we may see the agricultural sector suffering huge unavoidable losses and this may have a spillover to the retail, manufacturing and other sectors in terms of supply and demand and pricing structures.

“We anticipate that food insecurity will need to be the single biggest priority of our government and social partners, once the pandemic curve flattens. The effect this will have on our economy, our health sector, will be felt broadly,” he said.

Du Plessis said they were scaling up their operations to ensure that vulnerable communities had access to adequate food.

“We now have R5.6-million in funds and R12-million in estimated food value. The response has been encouraging. We have also partnered with the Institute for Risk Management in South Africa, who are also supporting our appeal, and working with their stakeholders nationally to raise funds for FoodForward SA. We have also added a further 140 new beneficiary organisations nationally (between 50,000 and 60,000 people), and we anticipate that we will add hundreds more in the coming weeks – so we do need food support,” he said.

FoodForward SA operates as part of the international Global Foodbank Network. It has a beneficiary network of more than 670 charities and more than 255,000 people around the country.

“With 57 million South Africans told to stay home, FoodForward SA has obtained a permit to operate as an essential service during the lockdown and will be directing all its efforts to ensure that shelters, facilities for the disabled and non-profit organisations that are providing food parcels for at-risk individuals receive much-needed food relief through our network of beneficiary organisations.

“We are prioritising charities that provide essential services to older persons, orphans and vulnerable children, people living with HIV/Aids and TB, and people in vulnerable rural communities. We anticipate that things will get worse before they start to improve and urge the public to continue to support us in our efforts,” Du Plessis said.

The CEO of the Institute for Risk Management of South Africa, Gillian le Cordeur, said food insecurity had the potential to threaten an already highly precarious humanitarian crisis — it is less about the availability of sufficient food and more about the distribution of surplus and procured food while adhering to the parameters of the lockdown,” she said. “Even if the lockdown period isn’t extended, the impact of the initial 21 days is already predicted to have a major impact on the food security and earning potential for millions of South Africans over the next six months.”

The organisation has announced that it will partner with Food Forward to distribute food to communities in need.

Professor Andries du Toit, from Plaas, the Institute for Poverty, Land and Agrarian Studies at the University of the Western Cape, said the South African community had insiders and outsiders.

“Insiders are people with a steady job. But 40% of people in South Africa are outsiders. These are people who live from hand to mouth even when things are going well. I believe that any government assistance must be directed to these most vulnerable people first,” Du Toit said.

He questioned the “lowest threshold” of R20,000 as pronounced by the minister.

“We know people with farms who make R15,000 a year — why must they be excluded from assistance?” he asked.

He said the government’s assistance is more geared towards the middle class and less towards the poor.

“Nothing that I have seen so far, and what I have understood, indicates to me that they are considering those in the informal economic sector,” he said.

“The informal economic sector was basically shut down by government’s measures to fight the coronavirus pandemic,” he said.

“We need to find a way to get significant amounts of money to poor people. We need people to stay at home. They will not stay if they need food. They will try to work to make money. This means that they will ignore social distancing and this potentially exposes them to greater risk in the current pandemic,” he said.

He said the biggest threat is to the legitimacy of the lockdown regulations.

“We need people to trust the government. If they start to see the lockdown as an arbitrary way to deprive them of food we not only risk social disturbance, but the larger risk is that they will ignore the regulations… meant to keep them safe. If we see this pandemic spreading to the jobless, the landless and the vulnerable poor it will be too ghastly to contemplate,” he said. DM