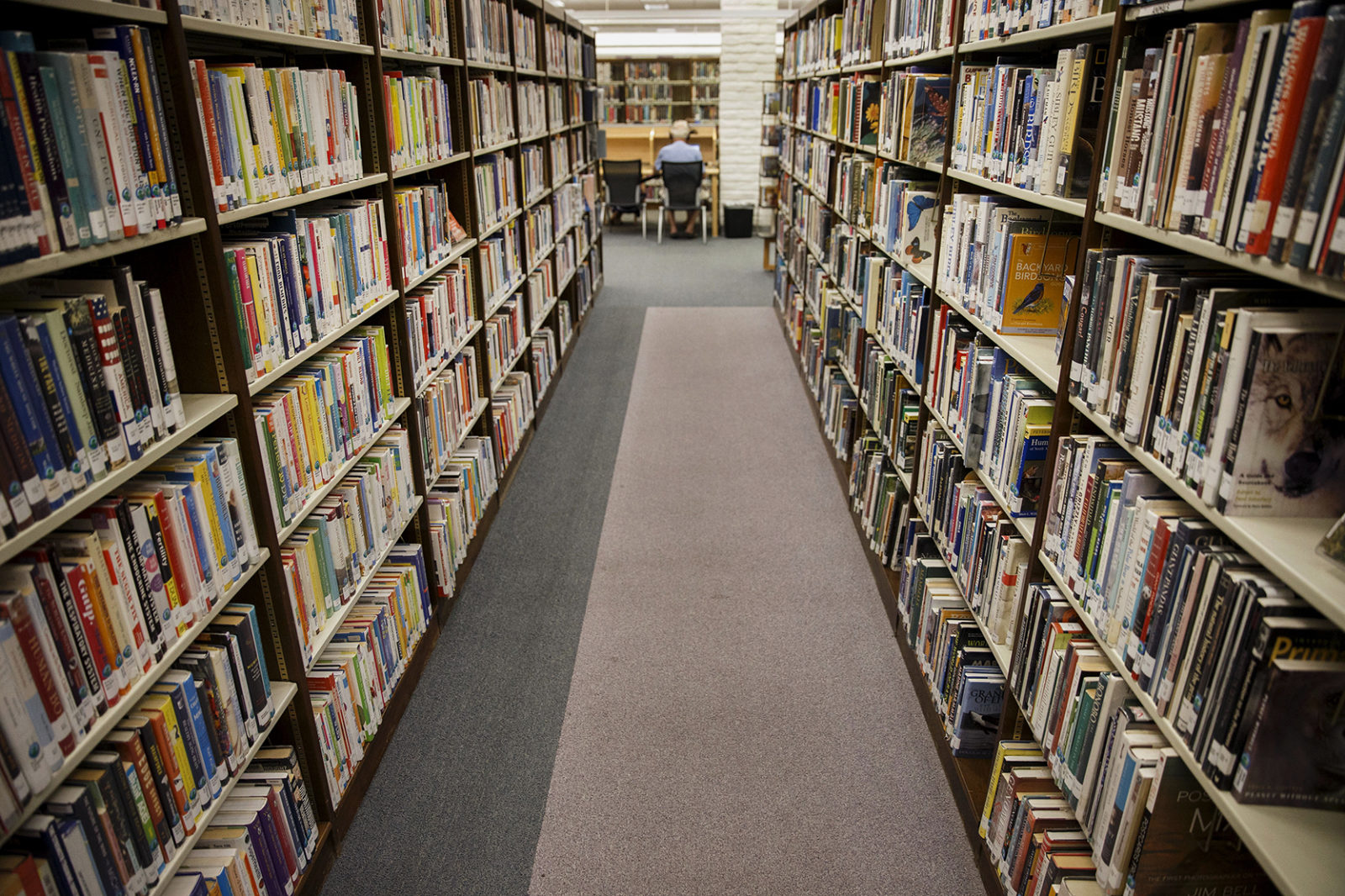 The US Trade Representative has not let South Africa off the hook over its copyright laws. (Photo: Patrick T. Fallon / Bloomberg via Getty Images)

South Africa’s copyright laws are still within sight of the United States Trade Representative, even though South Africa was not included on its ‘watchlist’ of countries that it believes are failing to provide adequate and effective intellectual property protection.

The United States Trade Representative (USTR) recently released its Special 301 report which identifies trading partners that do not adequately or effectively protect and enforce intellectual property (IP) rights or otherwise deny market access to US innovators and creators that rely on protection of their IP rights.

While South Africa was not included on the Special 301 report watch list, the USTR has not let South Africa off the hook just yet. That’s because the USTR is engaged in another separate process of review regarding South Africa’s preferred trade status under the Generalised System of Preferences. The review followed a complaint filed by large US entertainment companies concerning the pending Copyright Amendment Bill.

Established by the Trade Act of 1974, the Generalised System of Preferences (GSP) is the largest and oldest US trade preference programme, which allows duty-free imports from less developed countries.

The International Intellectual Property Alliance (IIPA) complained in an 18 April 2019 petition that there was a lack of intellectual property protection and enforcement in South Africa’s pending Performers Protection Amendment Bill and the Copyright Amendment Bill.

The IIPA complained that the Copyright Amendment Bill’s fair use and other exceptions are too broad. They are also reportedly critical of the sections of the law that would give local creators greater rights to own, earn and create new works. Broadly defined, “fair use” refers to rights within copyright law to use protected works without licence or permission from the rights-holder to serve various public interests.

Many in the library and education sectors are in support of the adoption of “fair use” in the bill. The disability sector has also shown its support for the Copyright Amendment Bill and its fair use provisions with Blind SA being a vocal advocate.

Professor Sean Flynn, Associate Director, Program on Information Justice and Intellectual Property at the American University Washington College of Law, gives some background about the recent USTR’s Special 301 report and the GSP trade review of South Africa: “The Special 301 report uses the same standard as the GSP statute. Both require that foreign countries have “adequate and effective intellectual property” protection. The IIPA has filed several complaints under both processes over several years, alleging that South Africa’s Copyright Amendment Bill would breach that standard. One of its main complaints has been about South Africa’s proposal to adopt a “fair use” right.

“The Special 301 watch list has three levels of warning that are given to foreign countries about their intellectual property laws. The highest level of warning occurs by countries being placed on the “priority foreign country list”. Countries placed on this list are shifted into an immediate expedited investigation that must lead to changes in the country’s laws or policies, or the USTR is required to impose unilateral trade sanctions. No countries were listed on this year’s Priority Foreign Country List.

Supporters of South Africa’s Copyright Amendment Bill have expressed their relief over the recent special 301 report issued by the USTR.

Specialist copyright librarian Denise Nicholson said: “The exclusion of South Africa in the USTR’s 2020 Special 301 Report clearly confirms the USTR’s ongoing GSP review is indeed a ‘red herring’ to delay the process of affording South Africa similar benefits in its copyright law that the US has enjoyed for decades.

“We have said all along that the interference by the USTR and the EU in the legislative process of a sovereign country, South Africa, is totally unacceptable and unjustified.”

Earlier this year, the EU Ambassador Riina Kionka sent a letter to the Presidency warning, among others, that fair use provisions in the Copyright Amendment Bill “… is bound to result in a significant degree of legal uncertainty with negative effects on the South African creative community at large as well as on foreign investments, including the European ones.”

Nicholson countered: “The Copyright Amendment Bill was approved by Parliament and has fair and appropriate provisions to benefit all stakeholders, not just users in the education or library sectors. The bill has included progressive clauses from relevant treaties and copyright regimes around the world, and has been strongly supported internationally, regionally, and nationally.”

Not all IP stakeholders are in agreement about seeing the Copyright Amendment Bill signed into law. The coalition for effective copyright, made up of the following organisations among others, the Music Publishers Association of South Africa (MPASA), The Independent Black Filmmakers Collective, the Publishers Association of South Africa (PASA), Academic and Non-Fiction Authors of South Africa (ANFASA), Printing SA (PIFSA), the Recording Industry of South Africa (RiSA) and the Dramatic, Artistic, Literary Rights Organisation (DALRO), petitioned President Cyril Ramaphosa to not sign the Copyright Amendment Bill into law, arguing that should he do so, creators’ livelihoods would be threatened.

However, ReCreate SA, which is a coalition of creatives, does not share the sentiment and are in support of the Copyright Amendment Bill.

ReCreate SA’s Ben Cashdan explains: “As South African creators and freedom of expression activists, we always supported the Copyright Amendment Bill because it protects our interests and modernises the copyright regime in South Africa. When it comes to the USTR review process, it is important to look at who asked for this review. It is the multinationals who receive royalties globally on copyright and IP and this is effectively a tax on the SA creative sector that is paid to large global corporations.

“The fact that SA is not on the US 301 watchlist is positive and may suggest that ongoing discussions with the USTR have been constructive.”

Carim added that the GSP review underway by the USTR is a separate process and is one that is still “unfolding”.

“We understand that a decision on the country review may be made by the USTR in November 2020. We have made the point that both the Copyright Amendment Bill and the Performers Protection Amendment Bill, that are the subject of the GSP country review, are not part of South African legislation and therefore the review is mistimed and misdirected. Our president is still considering whether the bills in their current form meet constitutional requirements. The president may return the bills to Parliament if it is determined that they do not meet constitutional requirements. If the bills are seen to meet the requirements, they could be signed into law. The US processes may be of interest but the president’s assessment is confined to considering only the constitutionality of the bills.”

Carim confirmed that officials from the office of the USTR visited South Africa in early March this year and met with government officials and academics, among others, as part of an “information-gathering exercise”.

“By November they should be in a position to make a recommendation on the matter. It has been a constructive discussion.”

An insider close to the USTR process suggests that the GSP review by the USTR will not be wrapped up any time soon, and that the primary objective is gathering information and facilitating ongoing dialogue.

The Copyright Amendment Bill was sent to the president last year. Once Ramaphosa signs the bill, it becomes law and relevant regulations will follow.

Carim could not speculate about the timing of the president’s decision on the bills.

“That I don’t know. We know the bills are in the presidency. I suspect the current crisis has affected the timing.”

Although there is no timeframe within which the president must make a decision on the bill, the Constitution requires that he make a decision within a reasonable period.  DM/MC