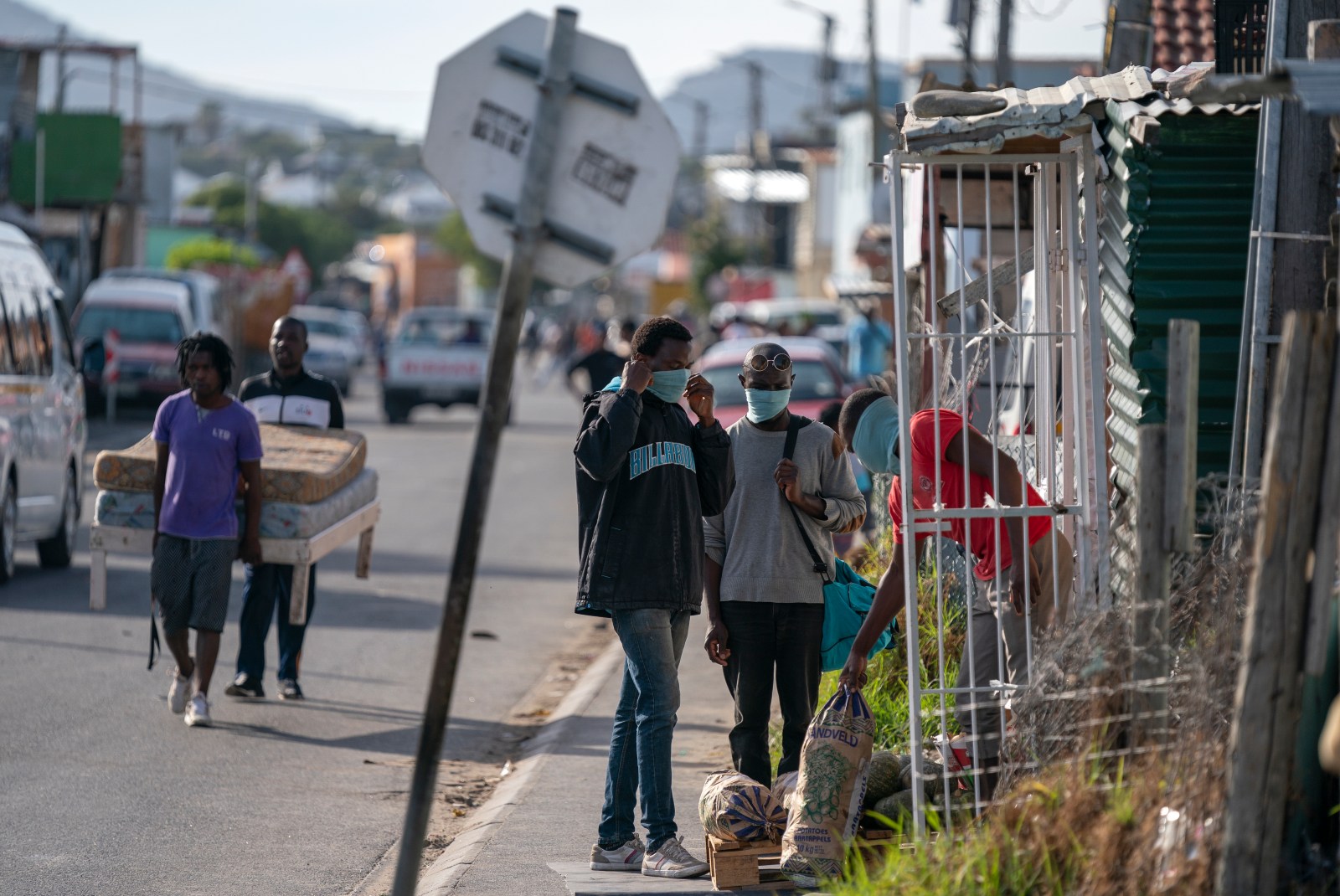 Masiphumelele, located on the edges of a wetland between Kommetjie, Fish Hoek and Noordhoek in Cape Town, is an example of how different communities can come together in a crisis such as the Covid-19 pandemic.

So, we are in lockdown Level 4 now. Still a long way to go to Level 1 or until there is one day a vaccine or at least a healing medication.

But the past five weeks of lockdown Level 5 have not been wasted. South Africa has been praised internationally for a measured, reasonable and successful approach as infections and death rates did not explode as feared. The opposite: never before, as an excellent “side-effect”, were there so few victims admitted to emergency wards because of alcohol abuse or road accidents (especially during Easter).

Not all went smoothly. Soldiers and police have abused power in some instances, poorer families have suffered disproportionately and patients with other serious conditions were partly denied much-needed care, not to mention the dramatic job losses for millions in a matter of days.

If what experts say is correct, the storm will only fully hit us in the cold winter season. For the Western Cape, early in August is predicted when – as the head of the Western Cape Department of Health, Dr Keith Cloete declared – there will be about “80,000 symptomatic people” and “a shortfall of between 6,000 and 7,000 acute beds” in this province alone.

However, over the past five weeks, extraordinary things also happened and need to be acknowledged for one simple reason: they can guide all of us on how to survive and succeed not only until August, but far beyond. The present global health crisis teaches us — also in South Africa — lessons about how to become a more equal, just and caring society. If we ignore them, we all will be punished.

Let me share just some encouraging examples of how this happened in one of the most impoverished communities south of Cape Town with about 40,000 residents squeezed into not much more than one square kilometre with the isiXhosa name of Masiphumelele meaning, “Let us succeed!”

Please note: It says – Let us succeed! Not: Let me succeed!

Over the past five weeks, many did not compete or blame, but assisted one another, took their own initiative and worked together: women and men, adults and children, residents from Masi and from the communities in this valley.

Even before lockdown, musicians Paul de Villiers, Derek Craig and Robin Auld, with singer Nhoza Sitsholwana, had created a great song called “Masi” about the housing backlog, filmed as a beautiful clip by Shaun Cameron – please enjoy on Youtube!

Those who like the song are encouraged to donate to the Masi Creative Hub, started by Masi resident Yandiswa Mazwana who aims, with eight cooking volunteers and 24 assisting youngsters almost every day since lockdown, to provide a meal for 700 children and 20 food boxes for elders.

Another great initiative was started by a Grade 4 teacher from Ukhanyo Primary School in Masi, Life Ndlovu, in co-operation with Afrika Tikkun/Solidarity Fund and with kind support by principal Puthumile Michael Tyhali and a number of volunteers from Masi and surrounds. It was this time a pleasure to watch the police and army and how kindly they were supervising the well-organised distribution of 1,000 food parcels, some even assisting elderly residents in carrying their food parcels home.

Definitely not forgotten must be Masicorp, a long-established NGO which partners on different levels of education in both schools and a number of early childhood centres and which also contributes hundreds of food parcels for children, even adding educational material during lockdown.

All of this is much beyond charity, as it addresses poverty and hunger not only on a receiving end, but by starting new initiatives and running them independently and sustainably by Masi residents themselves.

Of course, it does not take away any of the promises made by the president regarding the upgrading of grants and especially the introduction of the new R-Covid-19 social relief of distress grant (SRD) of R350 for six months (May-October) for those who are older than 18 and have no other source of income or support. It is requested to register via WhatsApp with your ID number and banking details under 0600-123-456 with the acronym SASSA. But what about residents who do not even have a cellphone, let alone a bank account?

“For our people with no access to technology, volunteers will be trained… and provided with gadgets to capture details on behalf of applicants.” It is crucial that such a promise is kept without delay, as there will be no back pay and payments will only be done once an application has been received and approved.

Most of the Masi residents are delivering their part of the deal. Different from the beginning of the lockdown, many people are now wearing face masks and even respecting the new night curfew at Level 4. The government understands better now that “stay home” rules are just not always possible under shack conditions.

Two weeks ago, via another article in Daily Maverick, I encouraged those who can to donate to Living Hope (and their great feeding scheme) and the False Bay Hospital (in their urgent request for more PPE – personal protective equipment – for their staff). Within days more than R120,000 was given and shared between both.

We can do it again. Please choose one of the initiatives that appeals most to you and assist them directly.

And in this way, all of us will one day become one community by fighting against – and yes: succeeding over – Covid-19 together. DM

Dr Lutz van Dijk is a Dutch-German writer, historian and human rights activist. He was denied entry to South Africa prior to 1994. In 2001, he became a founding co-director of the Hokisa Children’s Home in Masiphumelele (www.hokisa.co.za). His book, A History of Africa (preface by Archbishop Desmond Tutu), is told exclusively through African voices. His novel, Themba, was made into a movie in 2010.