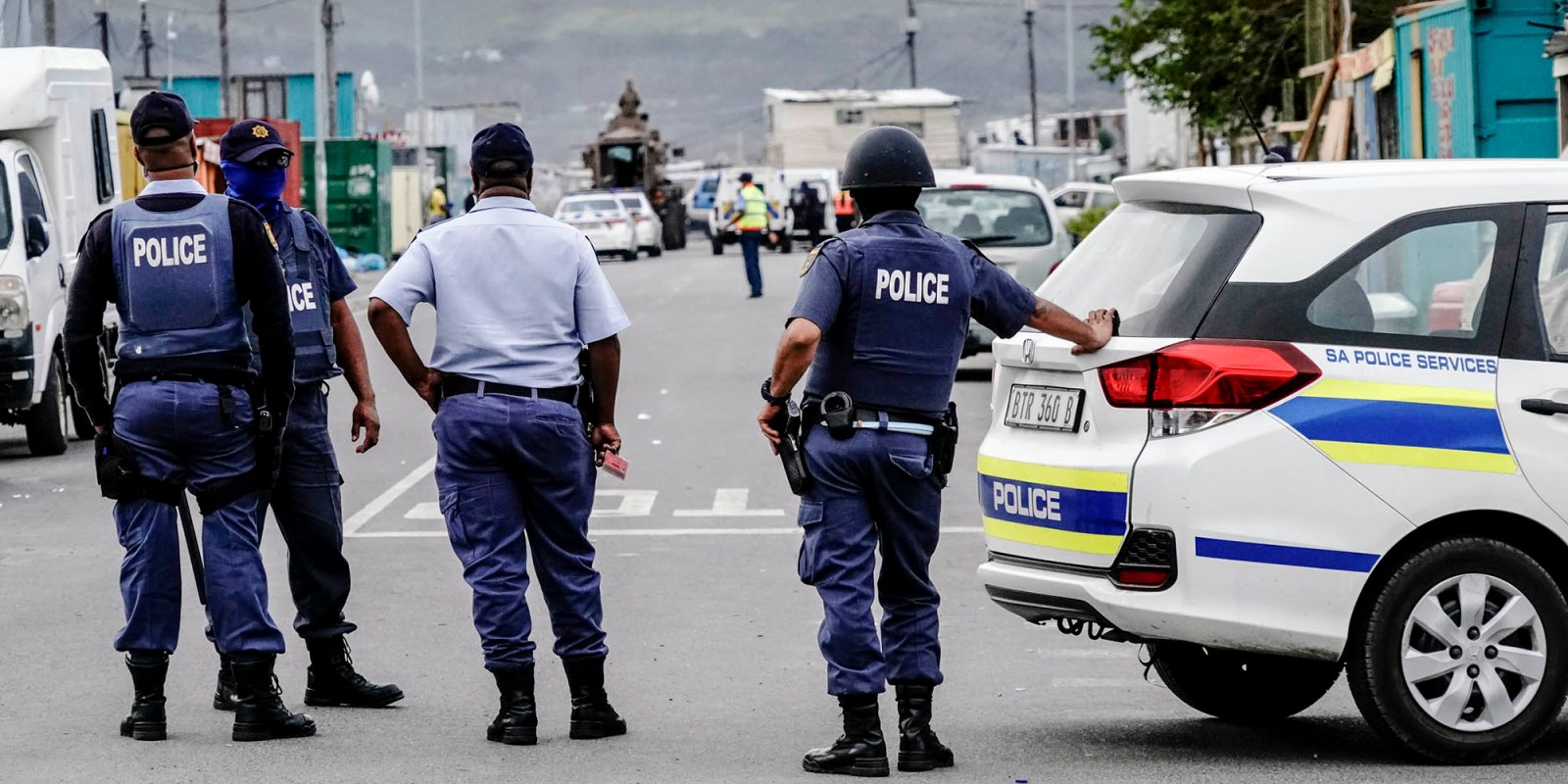 ‘For years we have been fighting to open up Masi, to invest in infrastructure and make it a decent town instead of a labour camp with some 40,000 residents cramped into roughly one square kilometre,’ says the writer.

Thank you, Jacques Marais, for visiting us in Masi. Thank you for listening to some residents. Thank you for writing about the horrible police and army violence on that day. Let’s demand consequences from Police Minister Bheki Cele together. Baie dankie! But asseblief – come again: Do not complain and walk away in desperation. Ubuya, bhuti!

I am tired of those friends who come and see all the obvious drama and desperation in Masiphumelele – then leave and never come again. In your words: “I did not see even a smidgen of economic assistance applied anywhere in that township. What I did see is a system that seems irreparably broken.”

Okay, Jacques … but what now?

In your article, only one suggestion is made to those who are better off, but then immediately ridiculed: “So, when next you raise your gin and tonic while gazing out across your now slightly unkempt lawns, please understand that your ex-gardener or domestic servant or nanny is pretty much fighting for their lives out there (despite your posts loudly proclaiming that you will so generously ‘pay their full salaries until this all ends’). I’m sure it makes you sleep well at night under your high thread-count duvet.“

I have shared your text with some of our neighbours in Masi, among those few who agreed to read a printout in English. Here are some responses:

“True, bad beating. Kodwa … they got the wrong ones. They must come again at night to those who are still drinking in shebeens. Beat them up, man!”

“Haybo … not all are sitting doing nothing. My brother is at Pick ’n Pay every day. My auntie is a nurse at False Bay hospital, tough job.”

“Mamela, Comrade Cyril is right! Thank God, no more Zuma. But two more weeks lockdown? Once people get really hungry, nothing will stop some.”

For more than 18 years I have been in Masi every week as a volunteer at the Hokisa Children’s home. Most people in Masi know Hokisa, just behind the Day Care Clinic. I actually retired a year ago. But now everybody is back. All of the trained childcare workers are residents in Masi. Our social worker is from Sun Valley. Our doctor, whose surgery is kept open during lockdown for all Masi residents, is from Noordhoek. My partner and I are residents in Clovelly. When all schools closed on 18 March, we had no option but to help. The kids in our care have no other place to go.

Another challenge: Some of our children and youth have compromised health conditions. We were strongly advised by experts to take the most vulnerable out of Masi as catching the virus would put them at even greater risk.

Within five days, and with the help of a local estate agent, we managed to rent a four-room house in nearby Capri. The place was empty and needed considerable repairs. All done within five days. Totally crazy!

And we saw another side of what is sometimes possible in South Africa. None of the exclusively white neighbours objected to our presence. Instead, most of them gave incredible support to help furnish the house. The Arch always said the rainbow nation will not come overnight!

Some of the childcare workers are staying put in terms of the lockdown regulations. However, four of us received permits to move about in order to bring food and medication. When our neighbours in Clovelly heard about our efforts, bags of sanitisers and toys were dropped at our gate.

Okay, Jacques – you might say: Ag, this stupid charity thing!

But we are not stupid, man. For years we have been fighting to open up Masi, to invest in infrastructure and make it a decent town instead of a labour camp with some 40,000 residents cramped into roughly one square kilometre. Have a look at the Google Earth map of Masi and you’ll see what I mean.

Let me give you just two simple suggestions of what has to be done ngoku – now, to change your picture of an “irreparably broken system”.

One: Food for those many families who will otherwise starve as their breadwinners have lost their jobs or never had one. No handouts, but done in a transparent manner in co-operation with community leaders, organised by a number of respected NGOs. Not just a few food parcels, but a few thousand. Not just a once-off either, but for a few months, every week. There have been on-line meetings to discuss this. Anyone who wants to help, please contact Pastor John Thomas at Living Hope: [email protected]

Two: Healthcare for those who rely on public hospitals, which is almost all the residents in Masi. In our area, this is False Bay Hospital with a 76-bed capacity, which also serves a large number of outpatients. The hospital currently has one ventilator – there are hopes of securing more. As the hospital is one of the designated Covid-19 testing sites, tests have been ongoing for over a month. Two challenges are the transportation of staff during lockdown and the procurement of additional Personal Protective Equipment. If you can help with this, please contact Jocelyn Freed of False Bay Hospital Trust: [email protected]

As for suggestions three and four, I’ll tell you next time, Jacques. Let us first get through the next three months like they did in Wuhan.

Those who can – please donate! We can make it – Masiphumelele. Or as another Masi neighbour said: “Easter is also about not giving up!” DM

Dr Lutz van Dijk is a Dutch-German writer, historian and human rights activist. He was denied entry to South Africa prior to 1994. In 2001, he became a founding co-director of the Hokisa Children’s Home in Masiphumelele (www.hokisa.co.za). His book “A History of Africa” (preface by Archbishop Desmond Tutu) is told exclusively through African voices. His novel “Themba” was made into a movie in 2010.