Three years after the nuke deal court victory, the fight for clean energy continues even during Covid-19 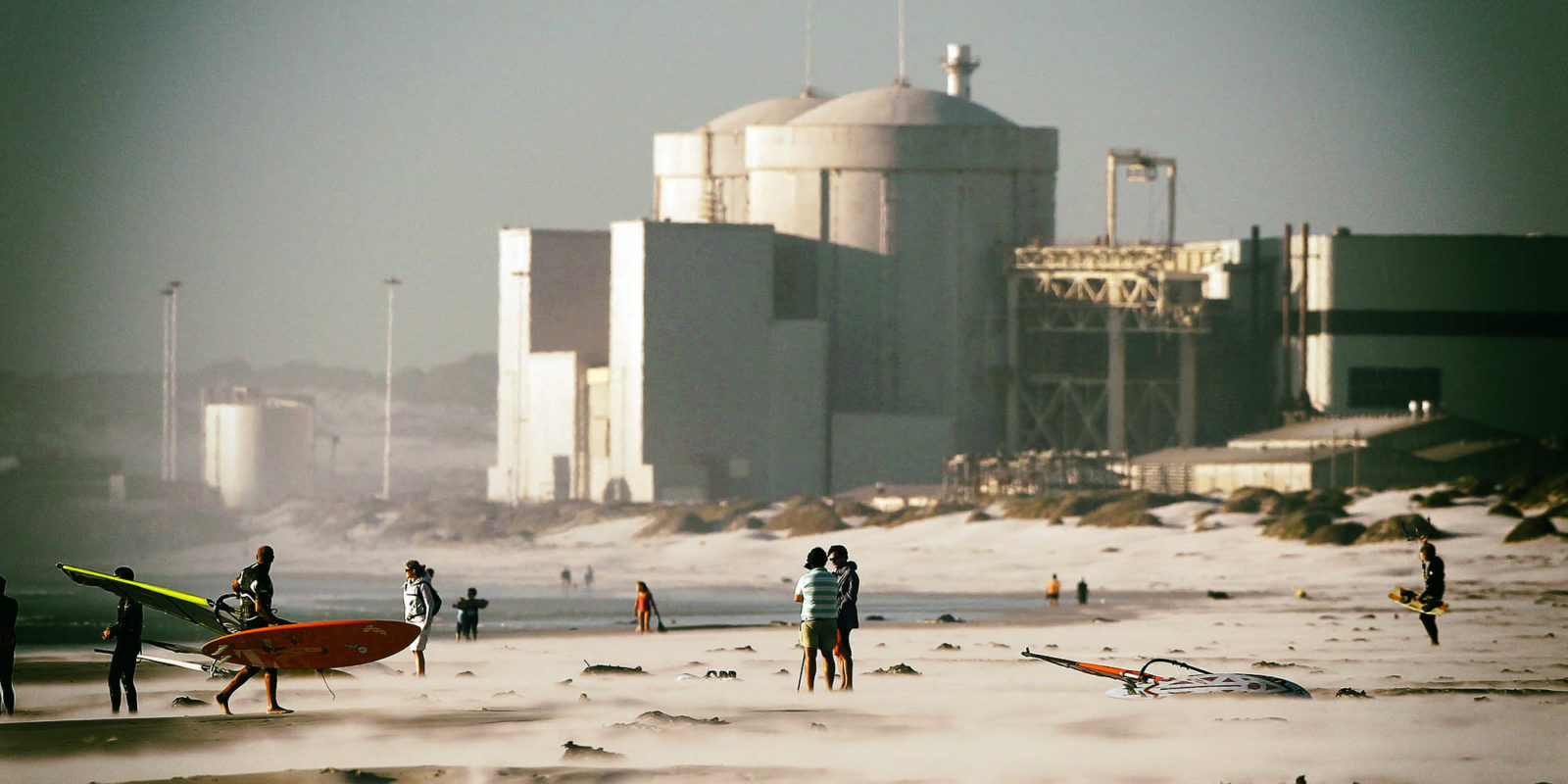 Nuclear energy continues to be an unnecessary risk and cost for the country, with ageing equipment and misguided plans to spend more money on Koeberg Nuclear Power Station to extend its operational life, says the writer. (Photo: EPA / Nic Bothma)

Despite a court victory against the R1-trillion nuclear energy deal, the government is continuing to invest in this outdated, failed technology – which has no place in a healthy future, much like coal and oil.

Last weekend, we celebrated the third anniversary of the court case victory that set aside the secret R1-trillion nuclear deal. On 26 April 2017, we had learnt of the landmark ruling at the Cape Town High Court. Earthlife Africa Johannesburg, under the leadership of Makoma Lekalakala and Southern African Faith Communities’ Environment Institute (SAFCEI), with Liziwe McDaid driving the case, took the government to court over its secret nuclear energy deals with Russia and others that would have completely bankrupted the country.

Now, during the Covid-19 crisis, what would that R1-trillion nuclear deal have done to our capacity to fight the spread of the virus? President Cyril Ramaphosa has been able to allocate R500-billion – a very bold rescue package – for lockdown relief for the people and the economy, instead of being locked into generations of payments for dangerous and unnecessary nuclear energy.

It was no mean feat that the Stop the Secret Nuclear Deal campaign achieved its aims. The campaign involved the mass mobilisation of South Africans – from all walks of life – against the illegal and unlawful purchase of unnecessary, expensive, dangerous and hazardous nuclear energy.

This would not have been possible without the tireless efforts by many in civil society, a small but committed legal team, the voices of the affected communities and faith leaders, the media and even some in the political establishment took the time to understand why we don’t need nuclear energy. Everyone who took to the streets and protested online, who wrote exposés, who made legal interventions all in order to stop the corrupt nuclear deal. We did this together.

Unfortunately, the government is continuing to invest in this outdated, failed technology – which has no place in a healthy future, much like coal and oil. The latest Integrated Resource Plan contains the extension of life of the Koeberg plant. As we navigate the new reality of Covid-19 and a looming climate crisis, this stance is problematic for a number of reasons.

The illegal nuclear energy deal exposed the sheer level of corruption, and the numbers of people in decision-making positions that were involved. While the Zondo Commission has started, it is a painstakingly slow process of reviewing what went wrong and who did what. See SAFCEI’s submission to the Zondo Commission for a more detailed look at the issues raised.

The volume and slowness of the process without teeth has failed up to now to bring any of the perpetrators to account and it means much of the population has shifted its focus to the more immediate crisis facing us – how to survive Covid-19 and its impact on our health, economy and livelihoods.

However, this is not an either-or situation, and the government must weed out any corruption in its structures and continue to address the corruption that went to the heart of the nuclear deal. To restore faith in the country’s leadership, we are calling for those citizens – whether in business, government or civilians – who have abused their positions of trust and power, to be brought to book.

There are a number of South Africans who have benefited from corrupt activities that have not only harmed our economy and damaged our democracy, but they have normalised corruption in the country. To address this, individuals who are known to have broken the law must be dealt with decisively.

Nuclear energy continues to be an unnecessary risk and cost for the country, with ageing equipment and misguided plans to spend more money on Koeberg to extend its operational life. Furthermore, mismanagement continues, like a malevolent virus that goes unchecked, despite the court case success. The out-of-date equipment and infrastructure at Koeberg Nuclear Power Station also pose a huge risk during the Covid-19 crisis.

Meanwhile, the country’s coal plants are out of order, relying on poor quality coal from bad contractual deals – all of these, of course, have meant that South Africans have often been left in the dark during periods of load shedding. The Department of Energy and Eskom need to be more realistic about the country’s precarious energy situation and they need to consider whether pushing the nuclear power station past its sell-by date is worth risking an energy catastrophe.

As Earth keepers, it will take time and commitment to solve the climate crisis. But, it is possible, if we work together. More than five years ago, we embarked on a difficult and tiresome journey. Today, we celebrate that great legal victory (the judgment is here). We cannot solve the climate crisis until we recognise the climate emergency will be an even bigger threat to humanity than what we currently face.

SAFCEI and a number of civil society actors want the government to review its decision to extend the life of the Koeberg Nuclear Power Station in the Western Cape and re-look at a decommissioning process as a more viable and cost-effective alternative. Especially during the lockdown, South Africa is in no position to deal with any serious problems at Koeberg. The government needs to be more realistic in its energy planning – funds from nuclear can be redirected to other areas of energy which will have more positive outcomes.

For too long the government has made decisions that affect all of our futures without sufficient consultation or input by the South African people, the very ones they should be serving. As we move forward, SAFCEI would like to see the South African government making the effort to ensure meaningful public participation that guarantees citizens the opportunity to provide input into the decisions that affect them.

Join me as I salute the people from all walks of life, who, like those who helped stop the nuclear deal, are giving so much of themselves to ensure that we are kept safe, that the food we need is provided, our dignity is preserved and our future secured, as are our rights as South Africans. DM/MC