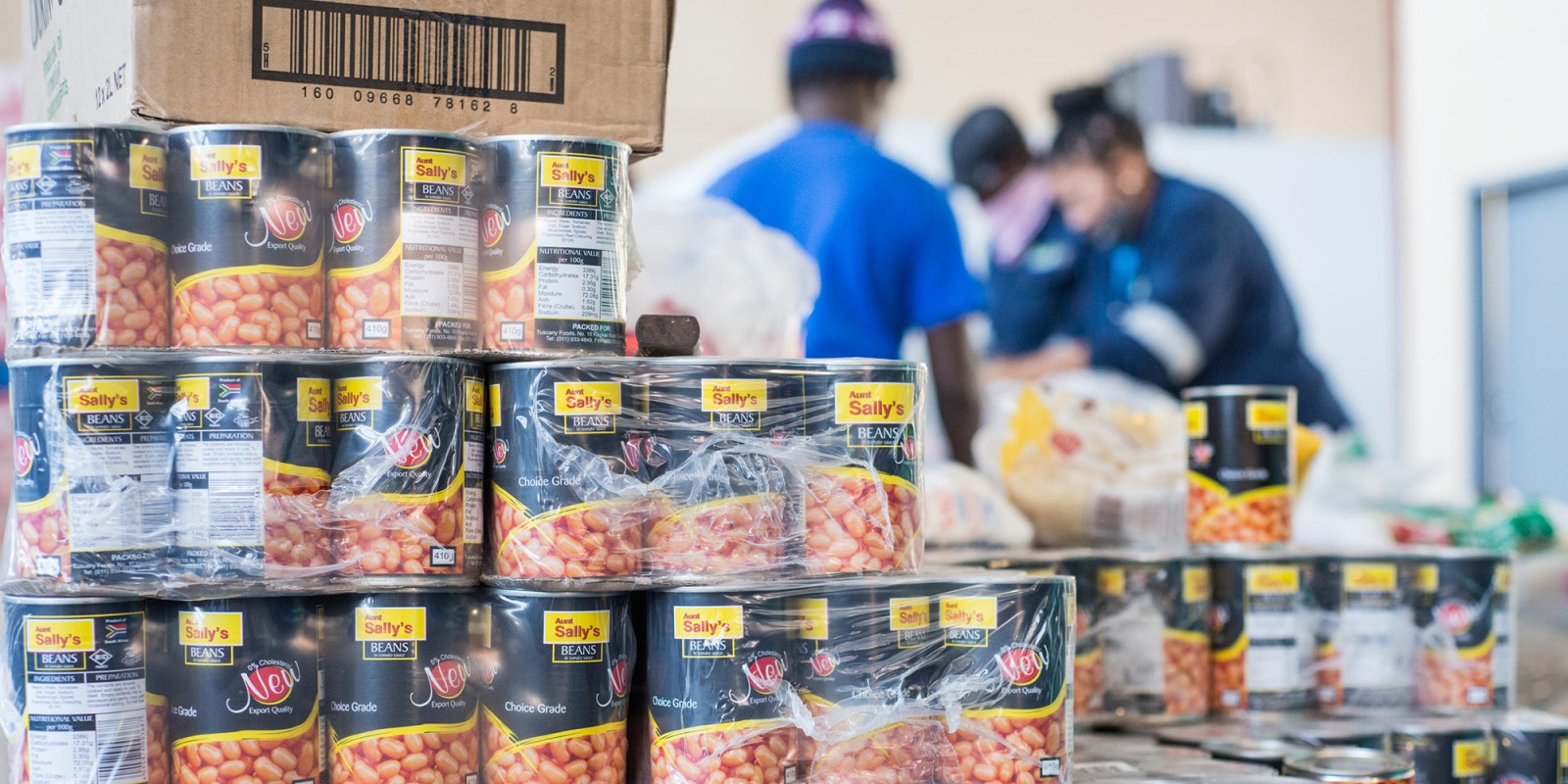 It seems food parcels have become the latest hot button topic while SA battles Covid-19. This is very clear in the Western Cape, where there have been several incidents of looting and lack of clarity over how food will be distributed to those who need it most.

DA Western Cape leader Bonginkosi Madikizela said politicians who are lying about claims of food parcel discrimination should have “charges laid against people for misleading this House”. The House refers to the Western Cape legislature, which held its first virtual sitting on Thursday, 23 April.

Madikizela, the leader of government business in the legislature, made these remarks as various members on Thursday gave statements calling for the non-politicisation of food parcel delivery.

Members of GOOD, the African Christian Democratic Party (ACDP) and the ANC claim to have received calls from residents complaining about being denied food parcels because of their political affiliation.

Ferlon Christians from the ACDP said during the virtual session on Thursday, “This morning, someone called to say they were denied food parcels because they do not belong to the DA.”

On Wednesday, during the legislature’s Covid-19 oversight meeting, GOOD’s Brett Herron played a WhatsApp voice note that said, “No, they can’t get, they’re not DA, they’re GOOD,” in response to a  District Six woman who had applied for a food parcel through a local official.

Madikizela responded to Herron and Christians by stating that these were “serious allegations… and I think people must not throw these accusations loosely to score cheap political points”.

He said he would be following up on these issues, “because it is important for us to know exactly who are these public representatives who are using politics in order to give food to people”.

Addressing the two opposition members, Madikizela said, “and we must make sure that members do not mislead the House”. He asked them to name officials depriving people of food parcels on political grounds.

“And if those members are not forthcoming we’ll then have to lay charges against people for misleading the House.”

Food security in the province is a burning issue. Shops and food distribution trucks have been looted and people are desperate to find sources of food under the lockdown.

The province has set aside R53-million for the distribution of food parcels and cooked meals to reach an estimated 300,000 beneficiaries.

This issue will be discussed in depth on Friday 24 April when the Covid-19 oversight committee meets with Premier Alan Winde, the MECs for Agriculture, Dr Ivan Meyer, and Social Development, Sharna Fernandez, as well as representatives from the South African Social Security Agency.

On Thursday evening Health Minister Zweli Mkhize announced that the province now had the highest number of confirmed cases and deaths in the country.

Mkhize said “It is also notable that today the Western Cape has surpassed Gauteng’s confirmed cases and now has the highest number of Covid-19 positive cases in the country. A further analysis is being done as we are observing outbreak clusters in the Western Cape. This means that a large number of people who operate and interact in the same area (eg, factories, shopping centres) are testing positive”. DM