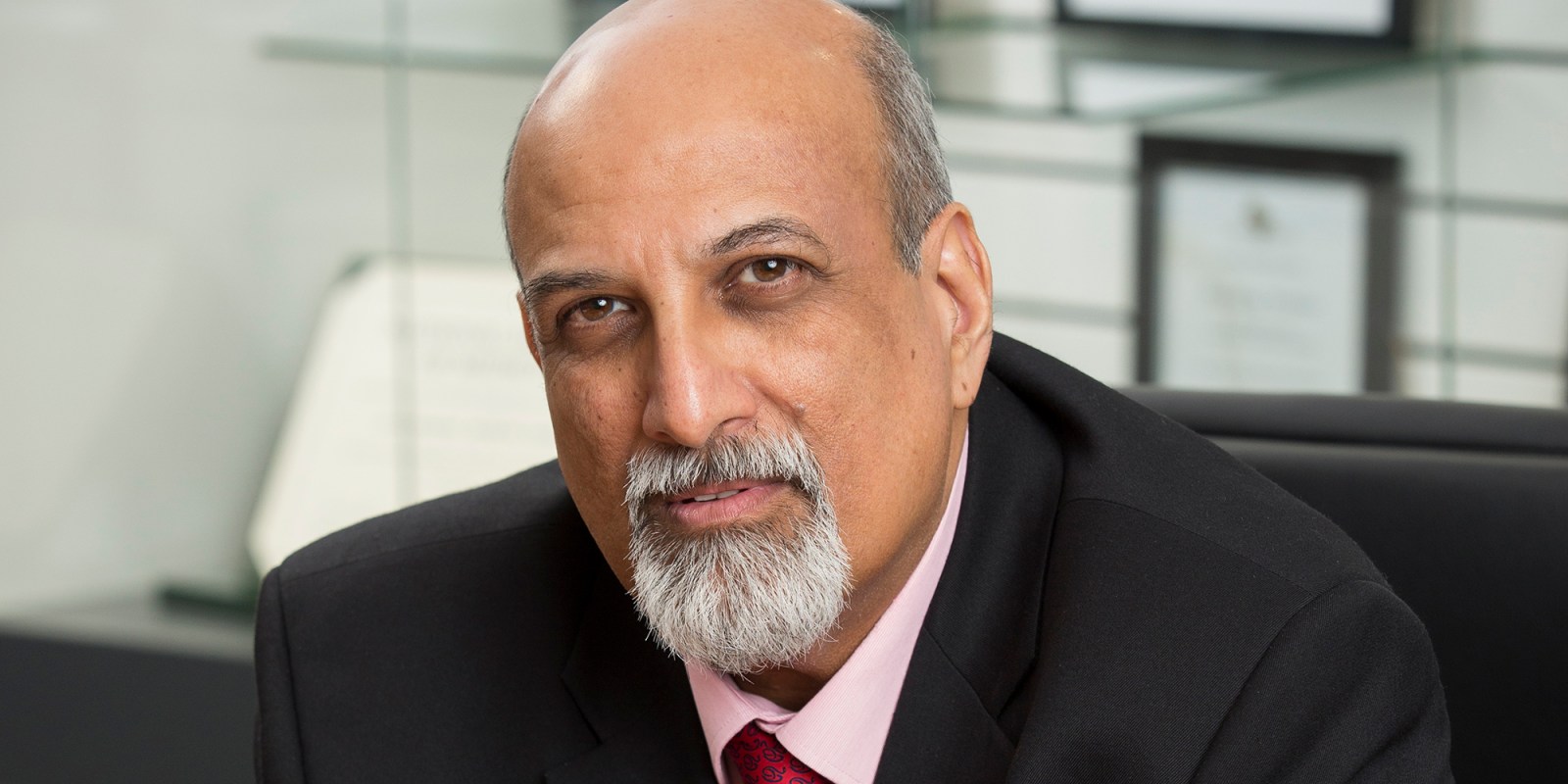 A proactive approach to fighting community transmissions of coronavirus infections has given South Africa the edge for now in the war against the global epidemic and while lockdown appears to be working, the country has a long way to go in fighting the disease.

South Africa is showing a unique trajectory of the coronavirus infection, with provisional data showing that government measures to slow down the infection rate are working.

This was the message from the chair of South Africa’s Covid-19 Ministerial Advisory Committee, Professor Salim Abdool Karim, during a Zoom meeting set up to explain some of the data used by the government to take decisions relating to the epidemic.

Abdool Karim reiterated that their main concern was for the two million to 2.5 million South Africans who are HIV-positive but not on antiretrovirals and especially an estimated 500,000 of them who have low CD4 counts. These counts are a measurement of a specific type of white blood cell that is indicative of a person’s immune function.

He said that due to early and proactive interventions by the government, South Africa now has a unique trajectory as community transmission had been curtailed up to now and was continuing at a much lower rate than was initially expected.

“We probably cannot escape the exponential curve [leading to a rapid increase in cases] but lockdown has bought us time. We cannot end lockdown abruptly. It will undo all we have achieved,” he added.

The Minister of Health, Dr Zweli Mkhize, who chaired the meeting, said that the pandemic behaves in the same way all over the world – it was up to communities to change their conduct and in that way influence the way the outbreak behaves.

He also announced SA’s latest figures in the pandemic: more than 83,000 tests have been completed, with 2,272 people testing positive. That is an increase of 99 cases from Sunday.

Abdool Karrim said the data shows that in each country, once there were more than 100 cases the virus spread at a rapid rate with high numbers of new cases being recorded. He said in these instances hospitals were overwhelmed by the number of ill people seeking help.

He added that initially South Africa was on a similar upward trajectory but this took a turn on March 26 when lockdown started.

“We began to see a decline in the number of cases. They have reached a plateau. It is very significant, because March 26 was the day lockdown started,” he said.

“In every one of the countries, we looked as the number of cases kept on increasing. There is not a single other country where we have seen this kind of turn,” he added.

“Our epidemic trajectory is unique.”

Abdool Karim said they had three theories about this. The first was that too few tests were done. The second was that there was not enough testing in the public sector, for patients without medical aid.

He said while testing was restricted at first, there had been a continual increase and the number of tests in the public sector had taken off since lockdown.

“There has to be a third explanation,” he said. “Lockdown is about reducing community transmission.”

He explained that the first wave of infections that hit the country was from travellers who brought in the virus from outside. The second wave was those who had contact with the travellers, including the medical personnel who treated them. He said what they didn’t expect was that there was not widespread community transmission.

“When the virus enters a community it spreads like wildfire,” he said. “You would expect an exponential increase in cases.”

“That is exactly the reasons for all of our measures – handwashing, social distancing and lockdown – we want each infected person to become a dead-end [for further infections].”

He added that their biggest concern was for the three high-density hubs: Greater Johannesburg, eThekwini and Greater Cape Town.

“What we hope for is for the number of new cases steadily declining and disappearing.  This is very unlikely though. A more likely scenario is that we stem community transmission. Once we end the lockdown, and we must remember that none of us have immunity against this virus, we are all at risk. That is why as soon as the opportunity arises for this virus to spread we will see the exponential curve again.”

He said while South Africa had become the first country in the world to keep community transmission at a reasonably low level, he thought it was highly unlikely that the country would escape the exponential threat of the virus.

“Unless we have a special mojo to protect us,” he said.

“This virus has a long period of infectiousness. It will spread really fast if people are interacting with one another. [Through lockdown] we have gained time. We have a unique component to our response: We are going out there and we are proactive – we find the cases before they are coming to the hospital.”

Abdool Karrim added that a successful lockdown strategy had bought time for the country which will mean possible access to easier and faster testing, a vaccine and treatments.

“This coming week is critical. This is when we will see what community transmission of the virus is doing. If these passive cases [patients that seek medical help] is 90 or more on average per day we will have to continue the lockdown. If we see cases fall to between 45 and 89 then we look at active cases [those found by health workers]. If these are 1:1,000 or below then we can ease the lockdown.”

He said by ending the lockdown too abruptly the country would run the risk of undoing the good that was done.

“We must plan for a systematic easing – starting with transport hubs and then working our way down.”

He added that their response to the epidemic would not end with decisions on lockdown.

“The next stage, we find the clusters of infections in our communities. I remain concerned over funerals leading to the spread of the virus. We must deal with these issues.”

He said the next stage was to make sure that the medical response will be as good as it can be when patients start to come to hospital.

The next stage, he said, was ongoing vigilance.

This was best explained by using the metaphor of stopping small flames to prevent a raging fire.

“You need people on the ground that are looking for fires. If we see one, we can prevent it. If we get there too late, then we have to put out a raging fire. We are going to try and stay one step ahead of the viral spread. It is a tall order. We are not going to wait for patients to come to hospital.”

He said apart from a hospital surveillance programme he was also thinking about a monthly national surveillance day where small samples of people are tested at schools and big companies.

Mkhize said the plan was always to flatten the curve of new infections.

“A lot of modelling is taking place to advise our actions,” he said. “We look at the impact on the economy. Many factors are being taken into account. This includes the social impact of both the outbreak and interventions such as the lockdown. There is a lot of input behind the decisions that the president announced.” DM