'Politics are in my DNA’ — Midvaal Mayor

‘Politics are in my DNA’ — Midvaal Mayor 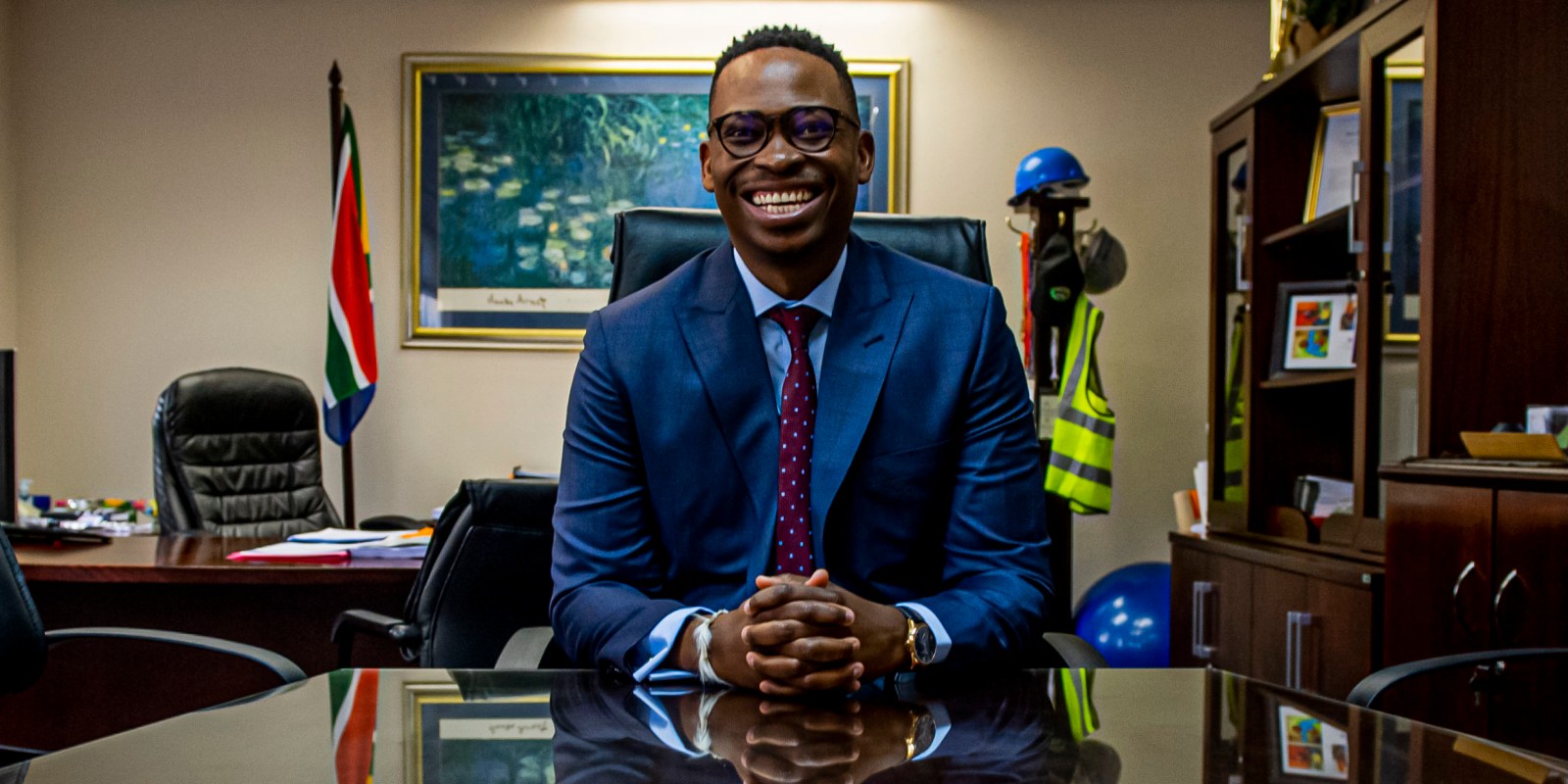 Midvaal Mayor Bongani Baloyi first emerged on the political scene in 2013 after being appointed as mayor at the age of 26. This made him, at the time, the youngest person to occupy a mayoral position. Almost seven years later, Midvaal is counted among the best-run municipalities in the country, but it is not without its challenges. Baloyi, who says he won’t stand for re-election, reflects on his time wearing the mayoral chain.

At 33 years of age and with more than 10 years of experience working within the municipality, Midvaal mayor, Bongani Baloyi tells Daily Maverick of a journey that has both been fulfilling and arduous.

“It’s been quite an interesting journey filled with lots of learning. It also reinforced the nature of challenges faced within local government, especially those that are structural,” he said.

On 29 August it will be seven years since he took up his mayoral position.

At the time of his appointment as Midvaal mayor, he occupied the role of MMC for Development and Planning in the same municipality.

This gave him the advantage of understanding how local government works, but he still needed to learn much more in order to successfully lead the council. Baloyi recognises that he was fortunate as a young person to continuously be afforded the opportunities to not only learn but also make mistakes in the process.

“The only way young people can get the experience is if you are there. And fortunately, I have been with the municipality for almost 10 years. So I had the time to learn,” he said.

He describes himself as a political animal and says his first contact with politics came from his mother. “You can say, I was breastfed politics since I was a child,” an enthusiastic Baloyi says.

Born in Thokoza, Gauteng, Baloyi was born into a family of political activism. Apart from his mother, his uncle also galvanised him into action from a young age.

“My father’s younger brother would expose me to a lot of ANC things. He’d ask me to send letters to comrades in other zones. I was still very young, but those are formative years of my life I still remember because of some of the things one saw of people being burnt and shot,” he said.

Although born into an ANC family, he says his decision to join the DA was propelled by the party’s commitment to social change. Ultimately, he says, 2003 was the year he decided that politics can be a vehicle for social change if done correctly.

“I was inspired by the lack of social change and the pace at which changes were happening. I figured that for me to be frustrated alone won’t solve anything, and I need to do my part as well,” he said.

Baloyi told Daily Maverick that his leadership style sought to prioritise governance over politicking. “Because it’s in my DNA, it was very intentional,” he says.

The DNA he is referring to is his strong sense of patriotism, the driving force of his leadership. “If I love my country, it will be difficult for me to tolerate people who steal and oppose the norms and values,” says Baloyi.

Baloyi’s administration has enjoyed praise from various fronts, including opposition leader Gauteng Premier, David Makhura. The premier hinted that he would seek Baloyi as one of his advisers after the general elections in 2019.

According to PricewaterhouseCoopers’ Municipal Performance Index, good governance at any level is underpinned by three indicators; socioeconomic outcomes, service delivery and municipal governance.

PwC’s 2017 Municipal Performance Index noted that Midvaal scored, out of 10, 8.2 for service delivery, 7.4 for corporate services and 5.6 for socioeconomic success.

Despite all the accolades and top-rankings, Midvaal is one of the many municipalities in South Africa beset by constant service delivery protests. The municipality has repeatedly claimed, without proof, that the protests are fuelled by ANC members who want to tarnish the image of the DA’s governance.

Poorer communities within the region have expressed concern about the perceived pro-rich attitude of the municipality. The main concern for the protesting residents has been the provision of water, sanitation and housing.

Baloyi tells Daily Maverick that his mayoral title does not mean people will automatically trust him and the period when protests were rife was a reflection of the trust that did not exist at the time.

“I had to win the community’s trust. Influence is important and that comes from knowing your subject, so we learned to lead by understanding people better,” he said.

The change came after the municipality devised a response strategy to the protests. And that entailed creating a space where community members could express genuine concerns.

“These service delivery protests started stopping organically when we started to change our response to them. If they have burned infrastructure we don’t fix it. If they request to see me, I don’t go there. And communities started seeing that there is no benefit,” Baloyi said.

Protests were a big test for his leadership. “Human behaviour alters when you respond to situations differently,” he adds.

When he is not too occupied with being an agent of change in his community, Baloyi is feeding his chickens, goats and sheep. He has no plans to expand his farm beyond feeding his family.

“I just like being in control of what my family and I eat without relying on any supermarkets. And the farm has definitely proven to be enough during this time (referring to coronavirus),” he said.

Although his first term came as an appointment, he was elected in 2016. If he is re-elected again in 2021 during the sixth local government elections, Baloyi says he will decline.

“I think I have served the best possible way I know how to. For me, the chapter ends. There are leaders who have been developed and it is important for them to have a fresh leadership to continue the mandate,” he said.

He maintains that he will remain a DA member and supporter.

Asked whether he is considering putting up his name for DA leader, Baloyi said: “that is something I would not even consider”.

On youthful leadership, he feels more young people need to be afforded the opportunities to lead provided that there is a conducive environment.

“It’s important to get more young people in the space, offer them time to learn, make mistakes. But also entrenching them in the path of being public servants with an understanding of what that means,” he said.

Baloyi believes that a leader should represent the struggles of the time.

“If you put me at the centre of leadership in 30 years’ time, I will be so out of touch with the realities because times and generations have different struggles.” DM