‘The City has condemned us to death,’ says Khayelitsha resident after water turned off 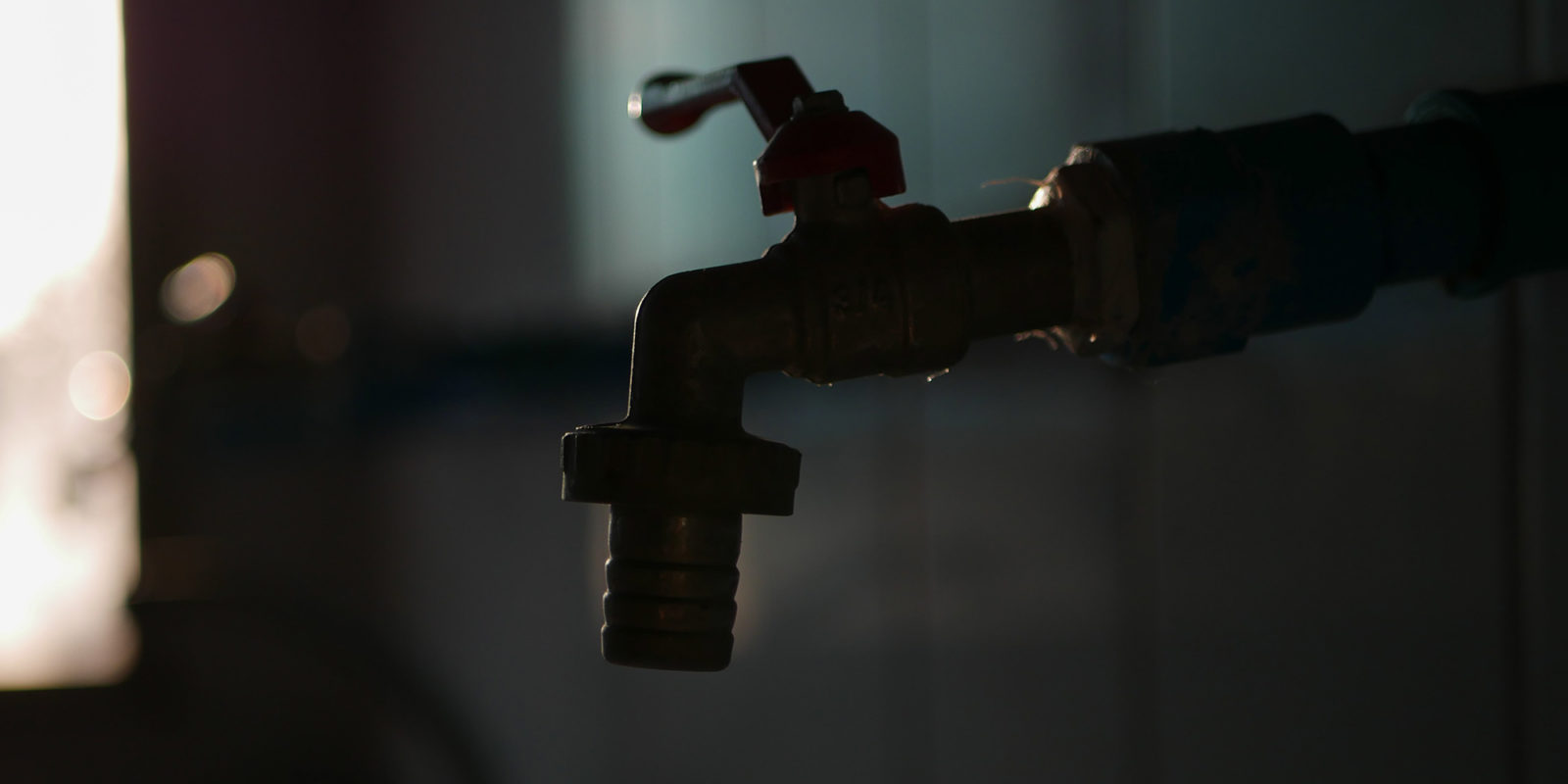 Khayelitsha residents are demanding that their taps be turned back on before lockdown starts on Thursday night. With hygiene and sanitation already in dire straits in township communities, residents say water cuts are putting them at further risk of Covid-19.

“The City has already condemned us to death by closing our taps during the coronavirus,” said Qaba Mbola from Khayelitsha.

Mbola, who is unemployed, said his water supply was cut-off two weeks ago after his account went into arrears.

This happened before the City of Cape Town announced on 20 March that it would temporarily suspend new water restrictions for those who haven’t paid off their municipal accounts and are facing debt management actions.

According to Ian Neilson, deputy mayor and Mayco member for finance, residents with unsettled debt prior to the announcement must contact a “council cash office” and make arrangements to settle their accounts to have their water restored to “full flow”:

“It is restricted to a running trickle-flow after numerous warning letters have been sent to pay debt and efforts to engage residents on debt management arrangements have not been successful,” said Neilson.

When asked whether the suspension would be extended to residents who had water-debt prior to the announcement, Neilson gave a generic response which in a nutshell meant “no”.

After asking others in his community whether they still had water supply, Mbola found that several households in Khayelitsha had their water disconnected that same week.

“I know that water has been cut off in Makhaya, Makhaza and Harare.”

Mbola and 10 to 15 other residents marched to the Khayelitsha Training centre to demand that the City reopen taps. This was despite the call to practise social distancing during the current state of disaster.

According to Mbola, the City agreed to reopen taps, but didn’t specify when this would happen.

“If they don’t open our taps by today, tomorrow we are going back.”

He said this was the first time the City had acknowledged their demands despite repeated protests.

This the third demonstration he’s organised. On 17 February, he and a group of Khayelitsha residents marched to the Stocks and Stocks Municipal building but were turned away and their demands went unheard. The same thing happened when they returned that Friday.

“They simply closed their gates and called for security,” Mbola said.

But protesting has been the lesser of two evils for Mbola, who emphasised that lack of hygiene and sanitation is already a serious burden on the community, especially during the Covid-19 pandemic:

“Even in the areas with communal water taps, you’ll find that there are drains with raw sewage running next to those taps. I mean we are already exposed to health hazards and now the City is closing our taps. Can you imagine?”

Neilson said the trickle-flow allows people to continue using water for hygiene and drinking purposes, but this is not enough for Mbola. He has resorted to begging his neighbours for water.

“What is a trickle? When you wash your hands, it will take almost 10 minutes, trying just to get your hands clean. And when you flush your toilet, there’s no water there, for about two hours,” said Mbola.

He’d previously asked the City for alternative measures to have his water connection restored, but says the processes available were too tedious and costly for him:

“They said I must bring my ID, my proof of address, my bank statement, with that I must get an affidavit from the police and meanwhile I am an unemployed person who has to deal with making sure there’s bread on the table, just to survive.”

The City of Cape Town offers indigent support and rates relief to qualifying people who earn R6,000 or less a month. Some residents may qualify for a once-off cancellation of their debt.

In a separate protest on Wednesday, the Khayelitsha Community Action Network gathered outside the Cape Town Civic Centre to demand emergency water for informal settlements during the lockdown.

“The reality is if we don’t have water before midnight on Thursday, safe lockdown will not be possible in informal settlements. And that puts everybody at risk,” they wrote in a statement issued on 25 March.

One of the organisers, Sibusiso Mdlankomo, said the City would respond to their demands either today or tomorrow, but he was concerned that it seemed no plans were in place to service communities who had no access to water.

He said Island, Qandu Qandu and Azania Square were just a few of the informal settlements in Khayelitsha which either had no access or limited access to water.

A new initiative called the Cape Town Together Community Action Network, set up to help communities respond to Covid-19, said in a statement released on Wednesday that informal settlements without taps should have water supplied to them regularly by tankers, broken taps should be fixed and all businesses and residents from wealthier neighbourhoods should come together to fill the gaps “where the City cannot”.

According to a statement released by the Department on Wednesday, it had identified more than “2,000 communities across the country” that would need urgent attention, in the form of:

The number of positive Covid-19 cases in South Africa had reached 709 by Wednesday 25 March. DM