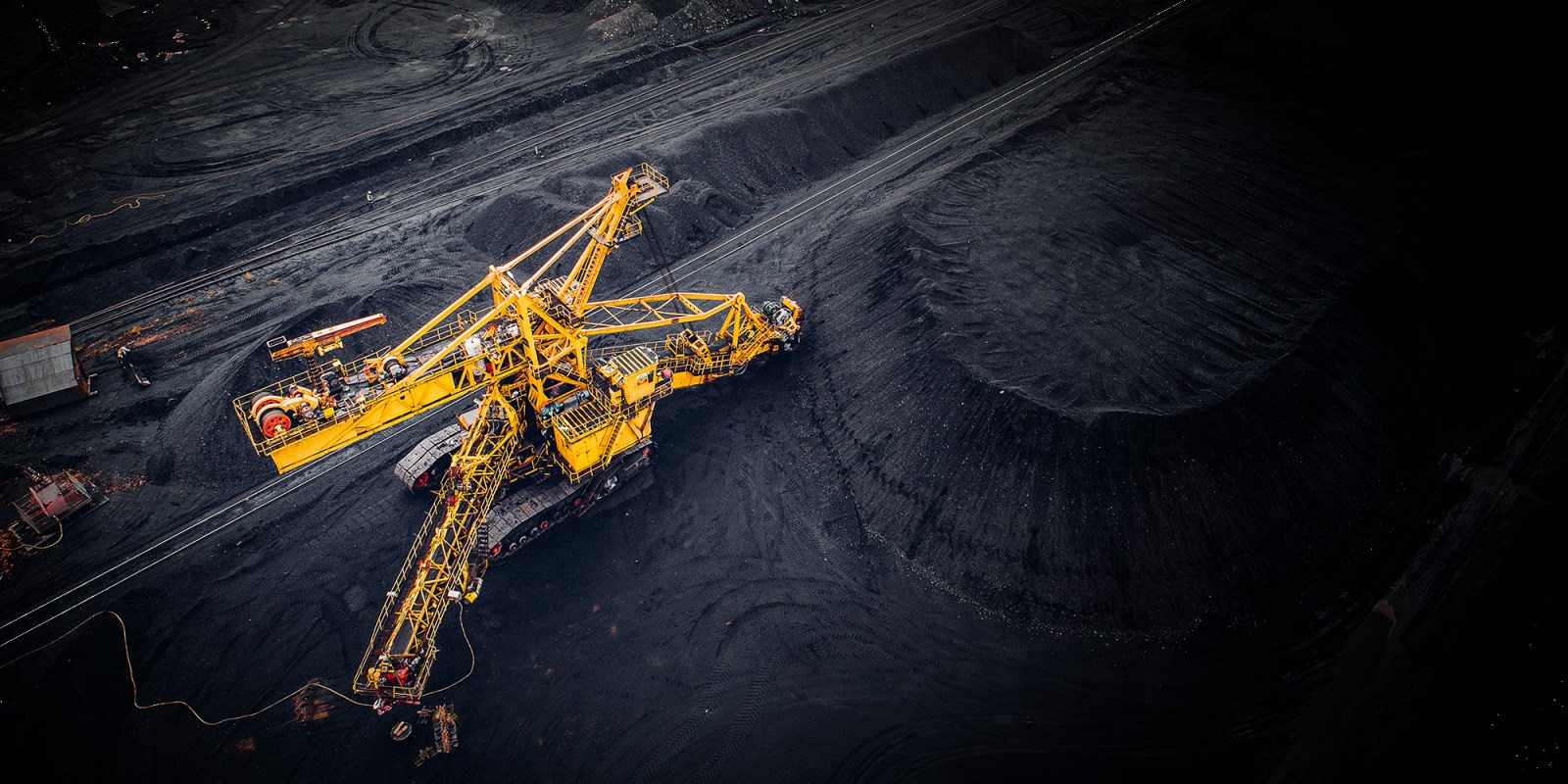 Coal mining at an open pit from above. (Photo: Adobestock)

South Africa’s mining industry is bracing for Covid-19. The industry has undergone a number of shocks in recent years, but all will pale in comparison to the potential impact of the pandemic.

Around two billion years ago, an asteroid smashed into the Earth about 120km southwest of what is now Johannesburg. This picturesque area is now known as the Vredefort Dome, which has been proclaimed as a World Heritage Site, and that long-ago impact laid the groundwork for the Witwatersrand gold fields.

A metaphorical asteroid has now slammed into the global economy in the form of the coronavirus pandemic, and it is also having a seismic impact on those gold fields and South Africa’s mining industry, triggering turbulence in commodity prices and those of the shares of listed mining companies.

Commodity prices across the board have been tumbling as the twin supply and demand shock of this potentially depression-level event reverberates around the world economy. To take but one stark example: the price of palladium, which began the year as a rock star, is down a third to under $1,600 an ounce over the past four weeks.

This, in turn, has whacked share prices. Sibanye-Stillwater’s share price has lost over 60% the past four weeks, Impala Platinum’s has lost a similar percentage, Anglo American is down 40%, and so on. And this is an industry that has been reporting generally stellar results, and has been paying big dividends, driven by surging prices and curtailment of costs on a range of fronts.

Indeed, the industry has just been emerging from a rough decade following the aftermath of the global financial crisis. Often depressed prices, soaring labour and power costs, and bouts of social and labour unrest rooted in the sector’s long history of exploitation all shook it to its foundations.

The 2012 Marikana Massacre, the five-month platinum strike in 2014, policy inertia and uncertainty, and widespread lay-offs: all things that also coincided with the “lost Zuma years”. South Africa’s mining sector took a battering. Yet it has survived and in the past couple of years, several companies have even thrived.

That party is now over for the time being, and given the frenetic pace of events across this uncharted territory, it would be a thumbsuck to say where things are going from here.

But it is obvious that the mining sector is more exposed to Covid-19 than many others, and scenarios that seemed implausible just a few weeks ago are suddenly very plausible.

According to the Minerals Council South Africa, the industry employs a workforce numbering almost 420,000, many of whom are underground on any given day. Some mines have thousands of men and women underground, descending into the depths in crowded “cages”. Before and after, dressing rooms are filled with miners preparing for their shifts or cleaning up afterwards.

This correspondent is no virologist, but it is hard to imagine a work environment more conducive to fanning the flames of a pandemic than South Africa’s mining industry. Much of this labour force remains migrant, with constant movement between the gold fields and platinum belt and Lesotho, Mozambique and the Eastern Cape. And much of it is now housed outside of the mining compounds, which has been a vast social improvement on the old and overcrowded hostel system.

It is also clearly conducive to viral infection rates, as many of the communities that have sprung up around the mines remain overcrowded shanty-towns. Then there are the prospects for social unrest in such communities. The eastern limb of the platinum belt even before Covid-19 has been seething for years. This is a fire that does not need more fuel.

The industry has built up some immunity in recent years. Its disease burden has become a lot lighter. In the decade to 2018, the rates for silicosis and TB improved by 74% and 63% respectively, according to Minerals Council data. This will make any spread from the virus less lethal.

Mining companies such as Sibanye, when contacted by Business Maverick, said they would later this week be sharing their plans to deal with the pandemic. Anglo American Platinum said in response it was taking the following precautions, including:

One presumes almost all of the staff in mining companies who travel internationally do not work underground on a daily basis, so that mitigates the prospect of the virus infecting the rank and file.

The Minerals Council, which represents the industry and which had a special board meeting about the crisis this week, outlined the following steps, such as: “intensifying implementation of the 10-point plan developed since the early period of the virus”.  These include employee education, influenza vaccination, and monitoring.

“In carrying out these tasks, the special board meeting recognised that South African circumstances, and mining industry circumstances in particular, require a special approach. For example, self-isolation or self-imposed quarantine in mining communities needs to be handled differently from how it is carried out in, for example, cities of Europe and North America or the suburban areas of South Africa. The industry is, therefore, examining the case for providing or supporting quarantine facilities,” the Minerals Council said.

In a welcome initiative, it said services provided by mine hospitals could be extended beyond the industry’s employees. Such facilities are often in areas where community healthcare services are woeful.

“The use of wards in existing mine hospitals, already with expertise in the screening and treatment of tuberculosis, including XDR TB, is being examined for Covid-19 patients. This could extend beyond industry employees, and regional partnerships established with state health facilities in certain mining regions,” it said.

A number of things remain unanswered at this stage.

For example, are mines that send hundreds of people underground going to limit those numbers? Can quarantine facilities be built in a manner of weeks? Will workers with pre-existing conditions be asked to stay home?

Presumably mechanised and open-pit operations offer less fertile soil for the pandemic’s spread, but a case at one of those sites could still prompt drastic action that could include a shutdown. But the focus for now seems to be on isolating employees if they become infected.

So far, there have been no reported infections on South Africa’s mines, and hopefully things stay that way. If the industry had to close, it would shave off about 8% of GDP and counting. Add that to rough projections of a steep contraction anyway, and the economy could fall into a full-scale depression.

The fallout from this asteroid is not over yet. BM