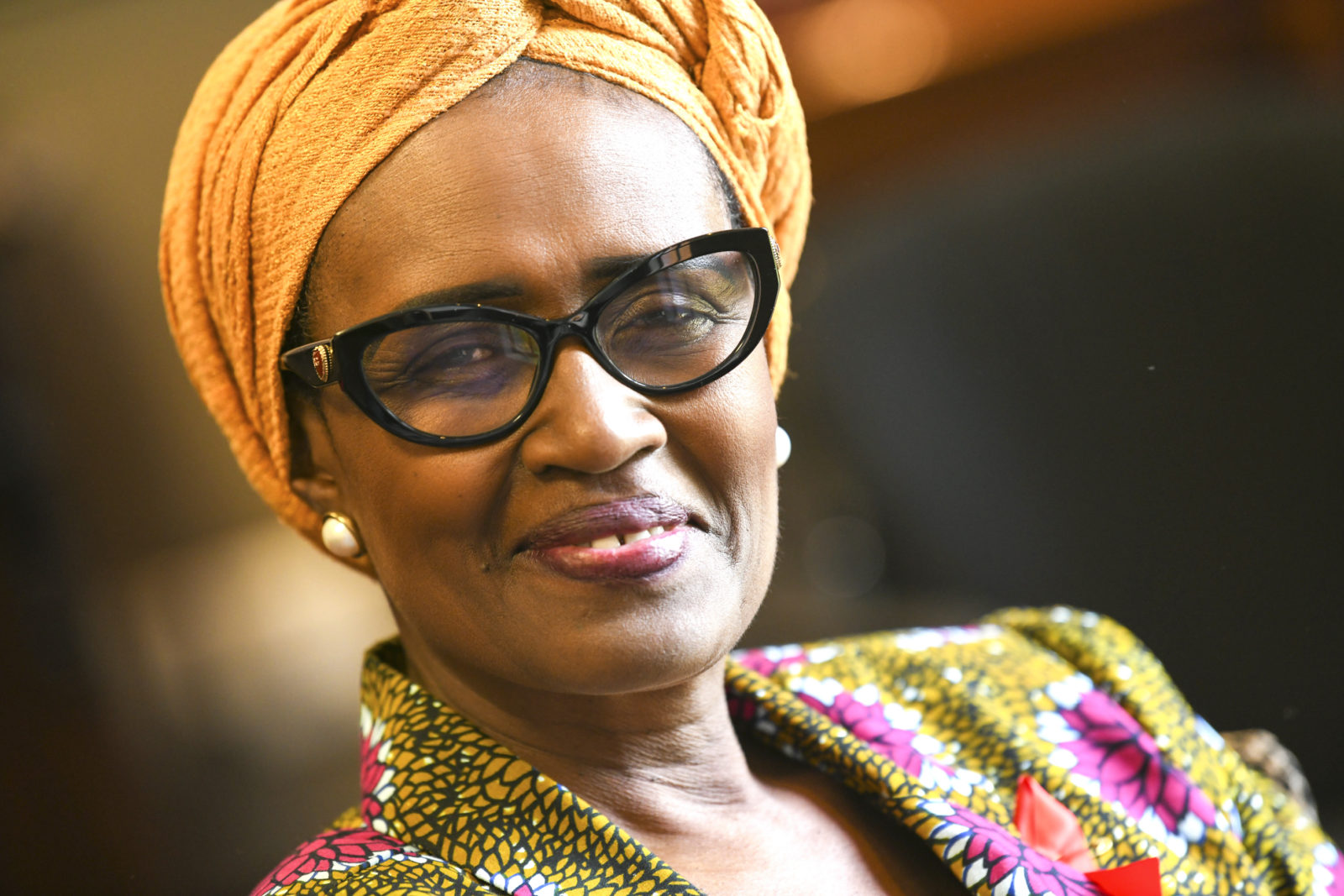 Winnie Byanyima, Executive Director, UNAIDS addresses the media at the global launch of "We've got the power: Women, Adolescent girls and the HIV response" ahead of International Women's Day.(Photo Chris Collingridge)

UNAIDS takes stock 25 years on from the Beijing Declaration and Platform for Action for advancing the rights of women and girls and gender equality.

The bad news about HIV, as Winnie Byanyima sums up plainly, is that it “sits on top of socio-economic injustices”. The UNAIDS Executive Director was speaking at the launch of the report “We’ve Got The Power – women, adolescent girls and the HIV response” in Rosebank, Johannesburgc on Thursday. She joined the dots as to why it’s still the most vulnerable in society – women and adolescents girls – who are also the worst affected by the epidemic. It also means that changing the outlook of HIV for women and girls comes down to the still mammoth task of halting gender-based violence and challenging and changing gender inequality in all its forms in the world today.

The report launch comes ahead of International Women’s Day on Sunday, 8 March, and also at the 25-year mark of the Beijing Declaration and Platform for Action. This was the so-called “global policy road map for fulfilling the human rights of women and girls and achieving gender equality” that was adopted in 1995.

More bad news is that a quarter of century since the adoption of the declaration and after 40 years of a global response to HIV, the report shows that AIDS remains the leading cause of death for women aged between 15 and 49 and a staggering 6,000 women between 15 and 29 are still becoming infected with HIV every week.

In 2019 there were 1.7 million new infections around the world, with 60% of these being women and girls. “It’s sad and avoidable but we know what is driving this – it’s inequality, it is a patriarchal society and it’s poverty. So we have to roll back these human rights barriers,” Byanyima said, sharing the platform on Thursday with Nados Bekele-Thomas, the resident co-ordinator of the United Nations Development Programme in South Africa, Steve Lesike, co-chair of the South African National AIDS Council and Martha Clara Nakato of the Uganda Network of Young People Living with HIV/Aids.

Byanyima said there has to be better implementation of laws that protect again violence against women. It’s also ensuring that universal secondary education becomes a reality and that comprehensive sexual education is introduced in schools.

Focusing on South Africa, Bekele-Thomas said South Africa has made progress in having a dedicated budget for tackling HIV/ Aids as well as having the right institutions, frameworks and policy in place. However, the country suffers from a lack of implementation and accountability. She also said South Africa has dropped the ball on sustaining prevention campaigns.

“I don’t see or hear adverts on TV or radio or see billboards about HIV prevention,” she said, adding that prevention is effective, is less expensive and frees up resources for other health responses.

She also said that of the 220,000 new infections in 2018 in South Africa, it’s still young women who make the bulk of infections. Bekele-Thomas pointed to the contributing factor of the “inhuman” relationship of exploitative sugar daddy’s or blessers who exploit young women are economically desperate.

“It is about societal values that are going down in South Africa, it is behaviours and practices that we need to challenge and different conversation that we need to be having,” she said.

There was however, some good news from the UNAids report. There has been success in keeping more primary school girls in class and seeing them through to the end of the primary school phase. The report also notes that there are more women in political leadership around the world and importantly that by mid-2019 HIV treatment had been scaled up to reach 24 million people around the world including 13 million who are women or girls.

Speaking to Maverick Citizen, Byanyima said that now at around the 100-day in office mark as executive director there’s excitement even as she says there is “a steep learning curve” to mount. This especially as there is a 10-year window to plot the next strategies to get to finally getting on top of the HIV epidemic.

For her it will also include hearing more from women and girls themselves about what they need and to ensure that they are at the heart of decision-making. It’s also putting in place measures to end stigma and discrimination and to ensure dignity for people in need of treatment.

Byanyima is a by training an aeronautical engineer and also had a political life in her home country Uganda. She came to UNAIDS via Oxfam. Both Oxfam and UNAIDS have had their share of sexual harassment and gender inequality storms and Byanyima said the mark the time for “seismic change to come”, including riding the momentum of the #metoo movement. She said “these organisations need to be feminised and there needs to be an acknowledgement that across sectors, including in the NGO sector, that women have been harassed, exploited and abused”.

She warned though that feminists who cannot see beyond their own framing of feminism or their own narrow agendas are themselves a stumbling block in not advancing the feminist cause.

“There can be debate, but then they need to find common ground and move forward,” she said.

Byanyima met with President Cyril Ramaphosa this week. She commended him for his actions to address gender-based violence through the summit he convened in 2019, through committed leadership, reportback structures and allocating resources.

“It is South Africans though who must hold him to account to make sure that he delivers,” she said, also acknowledging the Ramaphosa has to use his platform as African Union chair in 2020 for bring the continent to stand together on everything from progressive taxation and tax reform to foregrounding gender based violence and gender inequality gaps.

Byanyima understands her influence and her huge role as executive director. But even when she’s jetting between Geneva and the 75 countries that are part of her constituency, she said she doesn’t ignore the fact that in many ways she’s still at the very bottom of the pecking order. She returns to the farm she shares with her husband on the outskirts of Kampala to “get her hands dirty”, growing avocados, lemons, jackfruit and mangoes.

She added that it was with “some unease” that she agreed to get dressed in siren red and with matching lipstick to take part in a cover shoot for Forbes Women Africa magazine’s “50 Most Powerful  Women in Africa” cover this month.

“I accepted because even as I am about fighting socio-economic injustices I wanted to talk about feminist leadership in a magazine that is read by economic elites. I took part to challenge more than to identify with, and also to state that I draw my power from movements, from social justice and from giving voice to the marginalised,” she said.

It may seem contradictory but it is time too to reframe the story, to shift perspectives. It’s how new conversations can get started, how different audiences can be reached and ultimately how everyone can come to understand that HIV/ Aids, inequality and injustice is our problem. MC