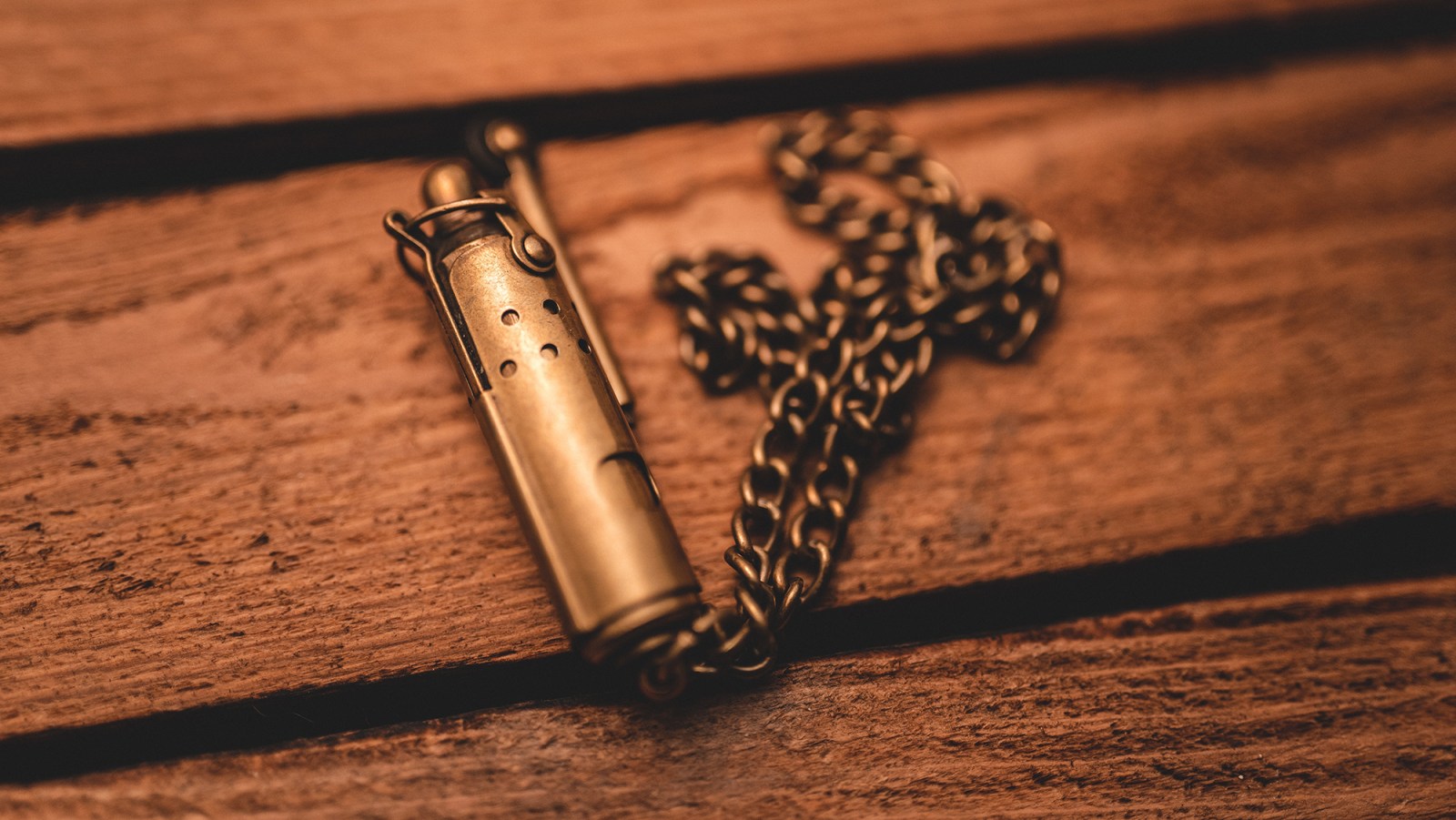 Photo by Jakob Braun on Unsplash

South African public procurement law needs a tougher approach to enforcement to combat corruption. It will have one if it empowers and motivates whistle-blowers.

The Public Procurement Bill, in process since 2013, was recently published for comment. The public has until 31 May 2020 to have its say.

Government’s procurement budget is larger than its employee compensation budget. At about R926-billion in 2018, it accounts for about a fifth of South Africa’s gross domestic product. At this scale, public procurement is key to the public administration’s operational efficiency and effectiveness. It is central to the country’s politics and to allocative patterns in the broader economy.

The pre-eminent site of corruption, public procurement is simultaneously a fulcrum for South Africa’s transformation into a society free of the racism and sexism of the colonial and apartheid political economy.

The Public Procurement Bill, viewed against this background, has the features of a grand compromise. It aims to construct – from the dozens of legislative improvisations of the past quarter of a century – a single, coherent legal framework for the entirety of South Africa’s public procurement regime.

The bill defines and strengthens central regulatory and oversight authority in a proposed Public Procurement Regulator in the National Treasury. It promotes a more flexible and expanded approach to preferential procurement from black people, women, and disabled people. The bill goes on to formalise some existing practices that are not yet explicitly authorised in South African law, such as geographical set-asides in the allocation of contracts, to businesses located in specific provinces, municipalities, and underdeveloped areas.

The bill, as such, intends to bolster public procurement ethics, even while it augments post-apartheid efforts to reshape patterns of ownership and control of South African capitalism. It gestures towards positive synergies, between anti-corruption and broad-based development, by carving out wider channels for the economic empowerment of historically disadvantaged groups, at the same time that it works to better regulate and harness these channels to a broader public interest.

We believe, however, that the bill does not follow through on this final commitment, insofar as it fails to underpin public procurement law with a credible enforcement strategy.

To do so, the bill should empower whistle-blowers to bring civil claims for the recovery of damages suffered by the state as a result of procurement fraud and corruption. These whistle-blowers must be motivated, made whole again, for the sacrifices incurred in the course of their civic endeavours, by rewarding them with a specified percentage of damages won.

The problem that this would address is greater than the Public Procurement Bill. South Africa’s criminal justice system as a whole is struggling to keep up with the growth of the country’s corruption problem.

In her report for the 2019 financial year, the National Director of Public Prosecutions says that 210 government officials were convicted for corruption and related offences. That was three fewer convictions than the previous year. The Asset Forfeiture Unit attained corruption-related civil recoveries worth an impressive R2.8-billion, but this was off the back of freezing orders worth R4.4-billion in 2018, a figure that has fallen to just R262-million in 2019.

There is no lack of potential corruption cases.

A cursory examination of almost any organ of state could make the point. Take, picked more or less at random, Durban’s eThekwini Metropolitan Municipality. It accounts for less than a hundredth of all employees in the public sector. By July 2018, it was reportedly sitting on 361 wholly unattended cases of potential corruption and fraud, a figure 72% greater than all the officials convicted across the republic in the National Prosecuting Authority’s 2019 financial year. Just one of these cases involved potential procurement corruption worth R406-million, a cool R144-million more than the value of all of South Africa’s corruption-related freezing orders granted in that year.

eThekwini is no aberration. One of the strongest municipalities in South Africa, the ready availability of its figures reflects the relative transparency and efficacy of its oversight processes. In early 2019, to take a more famous case, the Sunday Times reported investigations into 1,980 Eskom employees. The Special Investigating Unit was looking into contracts worth R139-billion in relation only to the Medupi, Kusile, and Ingula power plant build programmes. The Asset Forfeiture Unit successfully froze, in that year, the equivalent of 0.2% of this amount.

We propose, to address these shortcomings, that the Public Procurement Bill adopts a form of law known as qui tam, an abbreviation of the Latin for “he who sues on behalf of the King as well as for himself”. The essence of qui tam legislation is that it grants to some private persons the right to approach a court to enforce a public law. It simultaneously encourages such efforts with a reward, a financial incentive, call it a bounty if you will, for successful litigation.

The basic idea is simple and elegant. It is applied in a number of legal systems around the world. The incentivisation of civic efforts covers for gaps in political will and investigative capacity. Inside information is difficult and costly to get to, so qui tam draws this information out, sowing distrust in corrupt combinations and encouraging whistle-blowers to break rank and come forward. In South Africa, a similar mechanism is used in the corporate leniency policy of the Competition Commission, which has proven to be highly effective in disrupting price-fixing cartels.

Qui tam is ancient and it is versatile. A precursor was a prominent feature of Roman criminal law from the time of the death of Julius Caesar. Between the 14th and the 19th centuries, the always cash-scarce English crown resorted to it regularly. Qui tam provisions were key to the enforcement of laws dealing with such diverse subjects as religious observance, processes of economic production and trade, matters of public safety and environmental pollution, as well as elections, bribery and various other forms of official corruption.

In contemporary times, qui tam has been developed most rigorously in the United States. There it has largely been confined to civil claims for the recovery of damages suffered by the state in the course of public procurement and – another area of potentially important application in South Africa – taxation. In public procurement, these damages must arise as a result of fraud or “reckless disregard for truth or falsity”. Whistle-blowers are encouraged to make use of the services of specialist law firms in lodging claims with courts. Government is afforded an opportunity to adopt these claims, and otherwise to intervene in proceedings in the public interest.

Where damages are proved, the initial relators are rewarded with a percentage of recoveries, with judges exercising discretion as to the exact amount, within stipulated upper and lower bounds. Courts can also compel claimants to pay the legal costs of defendants, as a way to discourage unethical, vexatious and frivolous litigation. These sorts of adjustments have been refined over centuries and they work.

To defeat corruption, South Africa cannot further confine its already narrow formal avenues of upward mobility. It must expand them to offer people legally approved paths out of the illicit economy.

The Public Procurement Bill provides this effect with its enhanced provisions for preferential procurement. At the same time, however, new businesses fostered in this way will tend not to be viable and developmental, unless the state builds the regulatory capacity to compel them to deliver on contract and improve efficiencies, productivity and adherence to public goals. The Public Procurement Bill, in this last respect, falls flat. It needs teeth, an enforcement strategy, and it will find it in the empowerment and incentivisation of civic action by whistle-blowers. DM

Ryan Brunette is a Research Associate at the Public Affairs Research Institute (PARI) at Wits and UCT. He is studying for a PhD in Political Science at the Graduate School and University Center of the City University of New York.

Jonathan Klaaren is a Professor at Wits University, serving at the Law School and the Wits Institute for Social and Economic Research (WiSER). He is a Research Associate at the Public Affairs Research Institute. His current research interests include the African legal profession and the law of competition, public procurement, international economy in Africa, and migration.