Makoma Lekalakala: A social-economic environmental activist, mixed with a pinch of crazy, who stopped a nuke deal 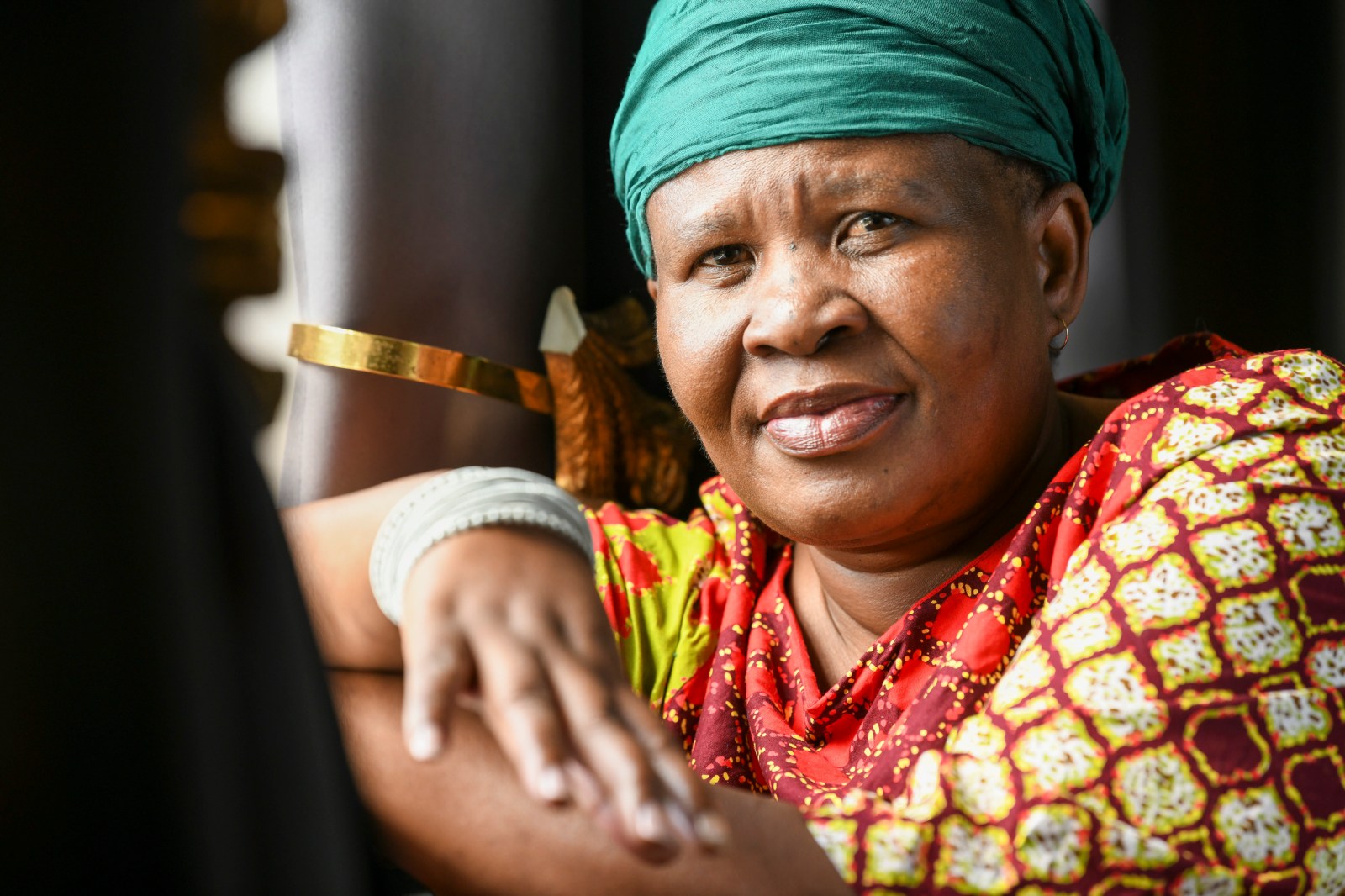 Activist and director of Earthlife Africa Makoma Lekalakala. She and Liz McDaid were awarded the 2018 Goldman Environmental Prize for the African region for their work on using the courts to stop a Russian-South African nuclear deal in 2017 (Photo: Chris Collingridge)

When Makoma Lekalakala stepped up to receive the prestigious Goldman Environmental Prize in 2018 at the San Francisco Opera House with fellow prize recipient Liz McDaid, she did so barefoot and in the traditional attire of the Khelobedu women.

The simple drape of black cloth with its beige-pink trim around her hips and over her left shoulder was more than just an outfit. For Lekalakala it was symbolic of weaving together the stories of the resilience of women like her mother and aunties, of traditions that matter even in a modern muddle, of a personal journey of grassroots environmental activism having its place anywhere in the world, and being proud of her origin stories.

“I started collecting traditional African fabrics and when I wear clothes made from traditional fabrics, it feels like I belong and I can be myself,” says Lekalakala, who is director of environmental organisation Earthlife Africa.

It was the activism of Earthlife Africa and the Southern African Faith Communities Environment Institute (that McDaid represents), their collaboration, persistence and legal action that brought to a halt government’s controversial nuclear deal in 2017. It was a deal that in procurement would have been far from carbon neutral, far from a suitable low-cost energy option for South Africa and it also smacked of opaque dealings and dodgy side deals. It was what she and McDaid won their award for.

Being on that glossy world stage and inserting her culture and truth in that space was a statement about belonging and inclusion. This has always been at the heart of Lekalakala’s activism. For her, it’s about empowering herself and others, allowing them to find their voice and to see themselves as essential threads in a tapestry of coalition, not as peripheral, secondary or needing others to speak for them.

It was as a shop steward for the Commercial Catering and Allied Workers Union (that later became Saccawu) in 1983 that Lekalakala really started to engage with workers, to hear them and to understand the power of arming people with information, building their confidence and helping them to find their own voices.

It was clear too to Lekalakala that labour issues intersected then and still do with socio-economic issues and environmental justice issues. As she says: “I call myself a social-economic environmental activist – you can’t divorce one from the other.”

Socio-economic hardships in the Soweto where she grew up were stark after losing her father shortly after the Soweto Uprisings in 1976. She wasn’t quite a teenager yet and she watched her widowed mother battle every day to raise six children on her own, some nights putting them to sleep with little food in their stomachs.

“I knew this wasn’t normal to go hungry, like it’s not normal now that so many people in our country continue to be food insecure and that we have the inequalities that we have. We have to ask if this is a fulfilment of our Bill of Rights,” she says.

She would see more injustices when she was growing up, like Soweto having its own power station in Orlando, churning vapours from its twin cooling stations till it was decommissioned in 1988, but offering no electricity and no benefit for residents who lived in its shadow, or more accurately on the wrong side of apartheid’s privilege.

It was the presence of that power station, energy injustice and drilling deeper into understanding the burden on people’s health and the environment that comes with burning coal for electricity that pushed her to join Earthlife Africa.

“I learnt everything when I was recruited to Earthlife Africa in about 2007. I formed the women, energy and climate change forum because I realised that not a lot of women, especially women in poor areas, are conversant about energy issues, but they are the people most impacted as the energy managers in their homes. I realised that I had information and I needed to share it with others,” says Lekalakala.

And the information started to become power and also glue to build and hold a coalition together and to make converging agendas stick.

“We started going to Eskom public hearings and women started to be able to tell their own stories in their own languages about the impact of policy on their lives, and when we went to Parliament for the first time in 2009 and women were able to do the same there, I smiled, sat down and thought ‘I think I have made a difference’,” says Lekalakala.

But she doesn’t sit down for long, because Lekalakala says the climate crisis is the big leveller – it’s coming for everyone!

Building resilience and environmental justice will come down to communities, coalitions, clarity of purpose and maybe also a touch of crazy for Lekalakala, who hoots with laughter, about the “crazy” in the mix. But she admits that a pinch of crazy is a bit of a personal recipe to cook up her brand of nutty determination that drives her to wade through the muck to find purpose and truth.

Frankly, it’s also about the only cooking she’s up to, as she jokingly admits that she’s “allergic to pots – cooking in them or washing them”. But while cooking has no joy for her, Lekalakala takes joy in being a mother, a proud Soweto local and a friend who connects with her “support system” of friends often enough to unwind to connect, share and laugh. Sometimes it may be to reflect on something she’s read, like the impact Bongani Madondo’s book on Brenda Fassie’s life, I’m Not Your Weekend Special, had on her recently.

“It reminded me of the troubles that people go through; that we are different, but we are all talented in our own ways and despite everything we can make it in life, and when we make it, we still need to be responsible for our actions,” she says.

Sometimes she may even find a moment to sew and to turn the African fabrics she’s beginning to collect into an outfit of her design. It will be weaving more threads through her stories and sharing this too with the world. MC