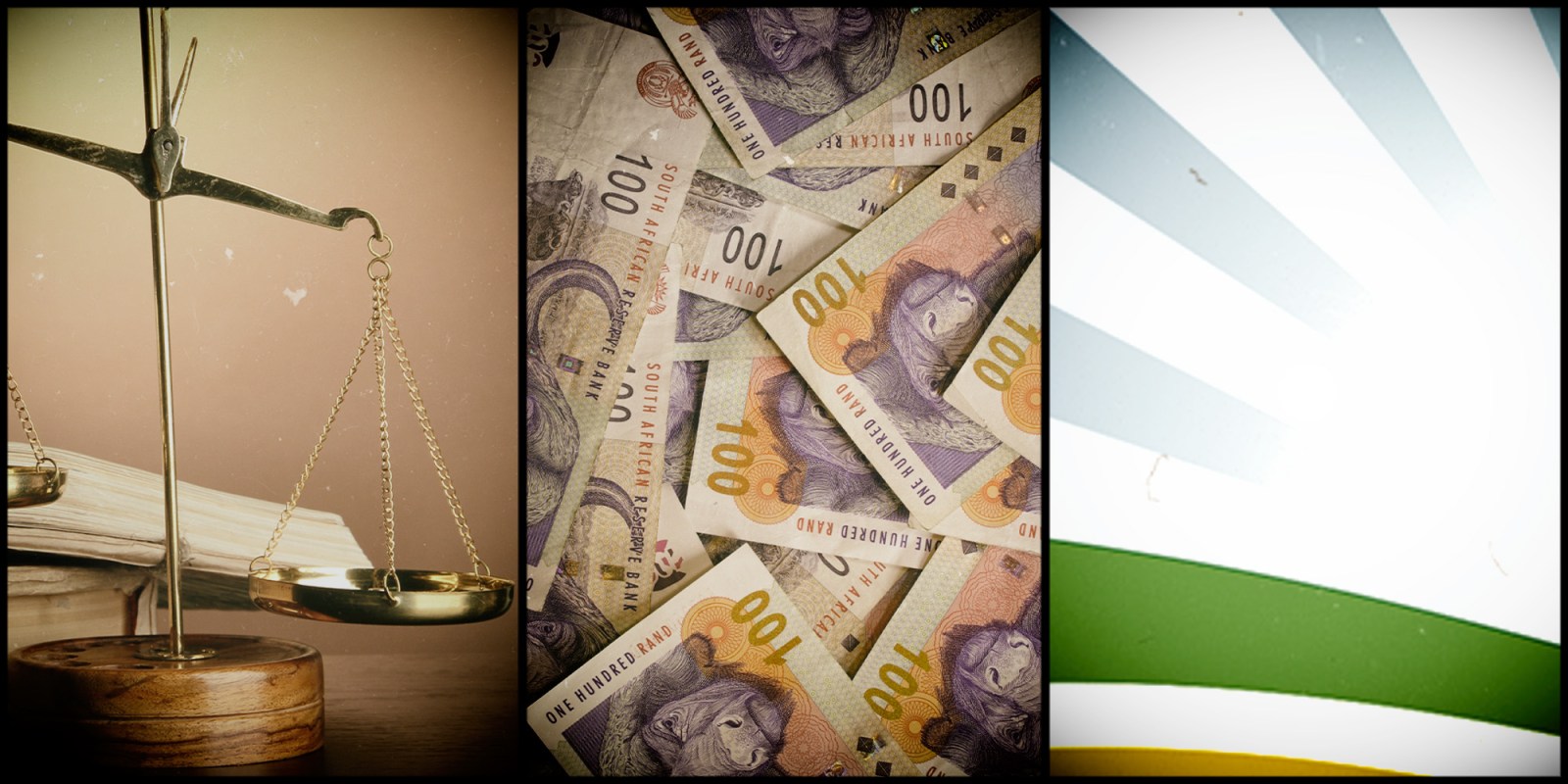 It is hard to shake the impression that the DA policies have been drafted by researchers whose grasp of international policy far surpasses their literacy of the South African context, says the writer. (Images: Adobestock / DA Logo)

One thing the DA can never be faulted on is research and data. When the party makes policy proposals, it does so with evidence – but often evidence was taken from international contexts which may not fit neatly into South African realities. Its new draft economic policies bear witness to this once again.

“No political party has ever put before the public a policy which would address the legacy of economic exclusion while simultaneously freeing South Africans from apartheid race classification. If there is a possibility that we can achieve both these noble goals, we must do so.”

These lofty words set the tone for the DA’s new draft economic justice policy, published for public comment before the party’s national conference in April.

The policy comes at what appears to be an increasingly torrid time for the DA. It has lost a number of recent wards to the ANC in by-elections, has expressed growing frustration with negative media coverage, and this week brought the news that two former linchpins of the DA machinery – former CEO Paul Boughey and former elections manager Jonathan Moakes – are set to work with the former DA mayor of Johannesburg, Herman Mashaba, on his new political venture.

If ever the DA needed to broadcast ideas that could capture the national imagination, now is a good time. And indeed, there is much to admire about the DA’s policy-making process. It is impossible to imagine any other major South African political party inviting public comment on draft policies in the way the DA is currently doing – though the real test will be whether any of this comment finds expression in revised policies.

It is equally difficult to imagine another South African party producing draft policy which is so clearly the product of exhaustive international research, and genuine attempts to find alternative solutions to the country’s social and economic problems.

But it is also hard to shake the impression, when reading these policies, that they have been drafted by researchers whose grasp of international policy far surpasses their literacy of the South African context.

To give one minor example: the DA’s latest paper proposes subsidising “the provision of menstrual cups for girls” to address the problem of girls missing school as a result of lacking access to sanitary supplies. Why menstrual cups? Because they are reusable, more cost-effective, and eco-friendly, the paper explains.

These arguments are indisputable. But there are reasons why menstrual cups have not hugely caught on among the female population at large. One is that they have to be washed out every eight hours, which is a massively uninviting prospect for women using public loos. Another is that they are simply unfamiliar: a 2019 study found that even in high-income countries, only between 11 and 33% of women had heard of them.

The roll-out of menstrual cups en masse in South Africa would therefore certainly have to be accompanied by a wide educational campaign. There are also local cultural taboos around the inserting of such products vaginally – which is one of the reasons why NGOs which supply free sanitary products to women tend to provide sanitary pads rather than tampons. It’s also why the use of microbicides to fight HIV transmission during sex has not caught on in South Africa the way researchers hoped.

This might seem like a nit-picky point, but it compounds the perception that DA policies are made with too little consideration for the complexities of the South African context.

Here’s a more significant example. The DA’s new economic policy proposes that job-seekers may choose to opt-out of minimum wage (in other words, invite an employer to pay them less than minimum wage). This would be achieved via a “Job Seekers’ Exemption Certificate”, which could be obtained by someone who has been unemployed for at least 12 months and would only be valid for two years.

The document mentions Germany as an example of a country which introduced a similar minimum wage opt-out in 2015 – although it appears that in Germany, the option to opt-out is given to employers rather than workers. It also seems that there is very little data available on the effects of the German opt-out clause because the take-up by companies has been so low.

But in a country like South Africa, where our economy has been literally built on the exploitation of cheap labour, it seems highly likely that many employers would leap at the chance to pay less than minimum wage, while there are so many economically desperate people in South Africa that there is every chance this could become a race to the bottom – and effectively negate the purpose of introducing a minimum wage in the first place.

One piece of data on the German effects that is available, however, shows that those most likely to be earning less than minimum wage are mainly women. It is likely that this would be the case in South Africa too, for a range of economic and social reasons (women are more likely to be job-hunting in low-pay sectors to start with; women are more likely to have children to care for, which fuels desperation).

It is hard to see how this would not end up conflicting with another of the policy’s stated aims: that of narrowing the gender wage gap.

The DA’s policy makes clear its ambition to “achieve gender equality” and for South African employers to “recruit in order to consciously broaden the pool of applicants”. Yet it is equally set against the imposition of gender and race quotas.

It rejects such quotas even while acknowledging that “in South Africa, women only occupy 22.9% of the positions in senior management and 7% of executive director positions on boards”. It also notes that: “Studies have also revealed the propensity of female executives to act as gatekeepers against the advancement of other female employees” – one notable local example of this being Helen Zille’s appointment of an all-male Cabinet in the Western Cape in 2011.

The document appears to use this state of affairs as evidence that quotas do not work, when in fact another plausible interpretation is that strictly-enforced quotas are indispensable to addressing this situation.

The DA wants to abolish quotas and BBEEE and replace them with an alternative metric for measuring the social or economic contribution of institutions or businesses, based on the Sustainable Development Goals (SDGs). Instead of having to fulfil the requirements of the BBEEE scorecard, companies could “focus on those SDGs most relevant to their operating environments”.

There are 17 SDGs, ranging from reducing inequality to promoting responsible consumption and production. But it is not clear how replacing BBEEE with meeting the SDGs would actually work in practical terms for South African business. Would it be acceptable for a company to employ an all-male or all-white workforce if it made a contribution to climate action? And how would one measure and compare such contributions?

Daily Maverick put this and other questions to the DA’s head of policy, Gwen Ngwenya on Monday, but she was travelling for work and did not have time to respond to specific questions before deadline.

“The main proposal of this draft document is to focus on resolving the drivers of inequality of opportunity which affect the majority. And which are rooted in our apartheid past, but which we are failing to overcome. We then identify what those are.

“Our intention is to deal with each area of exclusion in the most effective way possible because current policy is failing. We are not tied to the specific interventions in the draft if better ones are proposed in our consultations, which will include experts in each area.

“The specific interventions can be changed/improved while keeping the approach the same, ie focused on the key drivers of inequality.” DM