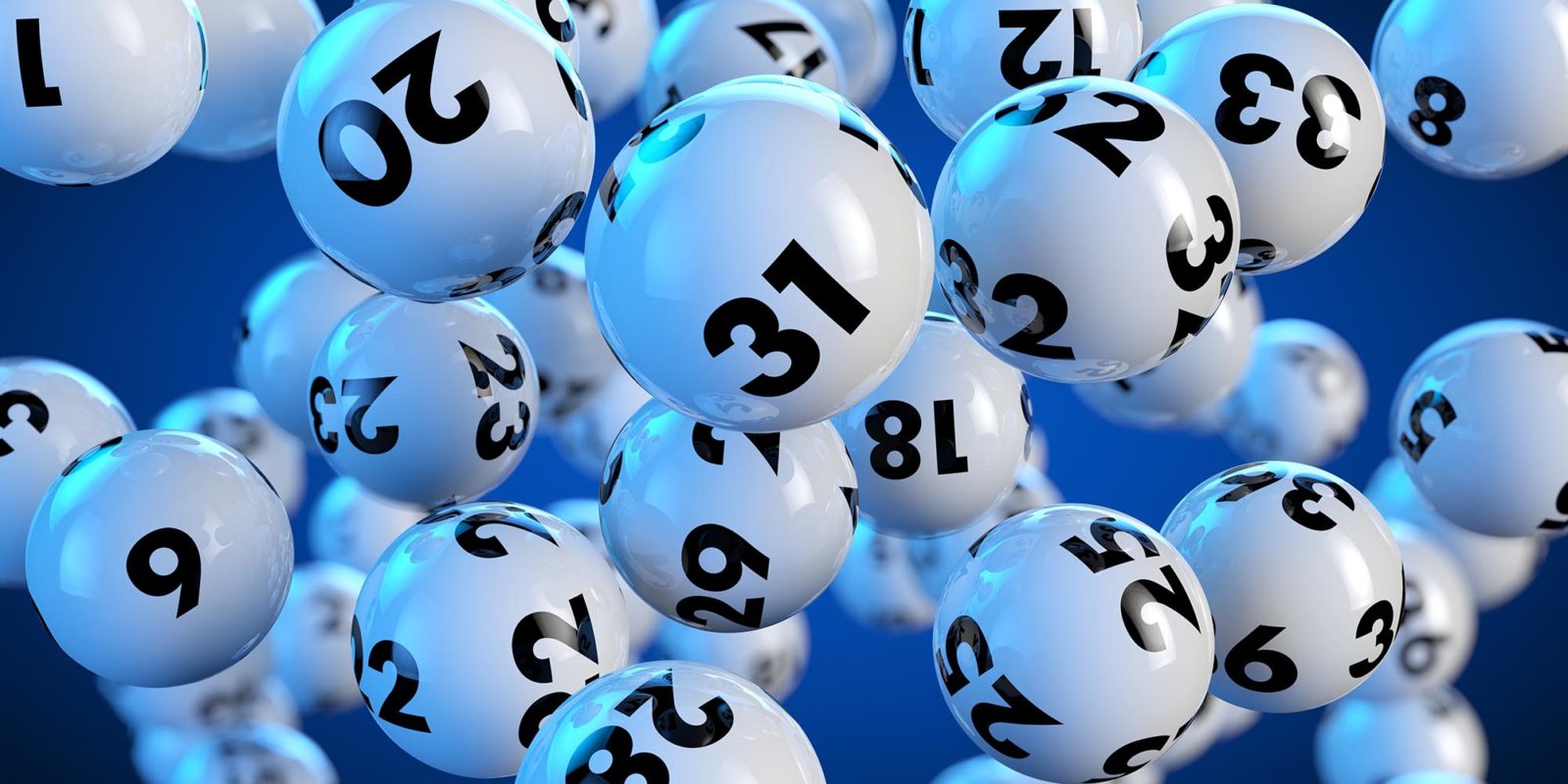 The National Lotteries Commission has refused to divulge details of an investigation into allegations of fraud and corruption. (Photo: Adobestock)

Despite damning allegations of fraud and corruption against the National Lotteries Commission, it has refused to provide crucial details about the investigation it commissioned into the state-owned entity.

In early February 2020, the National Lotteries Commission (NLC)  announced it had launched an independent investigation into serious allegations of fraud and corruption within the entity.

This was after freelance journalist Raymond Joseph and news outlet GroundUp published a series of reports with damning allegations that hundreds of millions of rands’ worth of grant funding had been dubiously allocated to numerous “good causes”.

The commission, however, has refused to divulge specific details of what the investigation is actually probing, despite repeated questioning by Daily Maverick.

“The NLC is engaged in processes that are dealing with the same matter you enquire about. Therefore we are unable to comment any further than the statement and open letter issued by the board. Until such time that there are new developments we will not engage members of the media,” Ndivhuho Mafela, the commission’s head of marketing and communications told us.

The statement Mafela refers to was issued on 3 February 2020. In it, chairperson Alfred Nevhutanda announced that audit firm Sekela Xabiso (SkX) had been appointed to conduct the investigation.  The firm will deal with any submitted evidence and can be contacted via a hotline, postbox or email. This is running concurrently with an anonymous hotline set up by the NLC for the public to report suspicious activity around lottery funding.

When Daily Maverick approached Sekela Xabiso for details on the lottery investigation, we were told the information was “confidential”.

“Our client engagements are subject to a confidentiality agreement. All queries regarding the work we do for the National Lottery must be addressed to the National Lotteries Commission,” wrote marketing manager Sandra Mthembu on behalf of the firm.

David Lewis, executive director at Corruption Watch, said the NLC and the audit firm were not legally “obliged” to give details about the investigation but withholding information would toy with the public’s trust, especially given the level of public interest there was over the allegations.

“They’re not obliged to supply terms of reference, nor are they obliged to release the report, at least in law,” said Lewis.

“If we are to trust them, they have to tell us what it is they are going to investigate, and we have to be satisfied that they are really investigating what the problem is… If they produce a report that is either a whitewash or is an indictment in some form or another of the lottery, but they don’t make public the report, then what’s the point of that? Why should we trust them?”

The battle lines are drawn

When Daily Maverick approached the commission a second time for details of the investigation, they made it clear that they would not “comment at this stage” due to ongoing litigation regarding the allegations, according to Mafela.

Part of that ongoing litigation is a lawsuit brought against GroundUp by NLC’s chief operating officer, Philemon Letwaba, who is suing the news outlet for R600,000 citing defamation. Letwaba also wants a number of GroundUp’s lottery-related articles removed from its website. GroundUp is contesting the summons, which was issued in 2019.

The reports related to Letwaba allege there was a conflict of interest when the NLC pumped tens of millions of rand into projects tendered to two companies, PKT Consulting Engineers and Kaone Wethu Construction to which Letwaba has links.

Those projects were Lethabong Old Age Home, the Sanctuary Drug Rehabilitation Centre and the Credo Mutwa Museum and Library in Kuruman, Northern Cape, which received close to R60-million in funding in 2017.

GroundUp, which visited the sites, says construction on the old age home and the drug rehabilitation centre was incomplete, while the Credo Mutwa Museum and Library had been built, but there was only one exhibit in the museum and the library’s shelves were empty.

Letwaba and members of his family, including his wife, Daisy, his brother Johannes and his deceased father Oupa were directors at PKT Consulting Engineers. Kaone Wethu Construction is linked to business associates of Letwaba.

The NLC is also laying criminal charges against journalist Raymond Joseph and GroundUp for publishing details of grant applications and awarded grants. Lawyers cited the contravention of “Regulation 8”, a section of the Lotteries Act which bars “distributing agencies” from doing the above mentioned. However, as Joseph and GroundUp are not distributing agencies, the regulation does not apply to them. The NLC used the same regulation to block numerous requests filed under the Promotion of Access to Information Act (PAIA).

Joseph was separately accused of benefiting from lottery funds while working as a director at the Big Issue, a non-profit organisation empowering the homeless. He countered the claim, saying he had worked as an unpaid volunteer at the Big Issue and had declared his involvement.

There have been mixed reactions to the lottery exposé.

The South African National Editors Forum (Sanef) issued a statement saying it found it “deeply problematic” that the NLC had laid charges against the journalist and GroundUp. They, in a nutshell, considered it an attack on press freedom.

“It appears that these threats are being used to harass and intimidate GroundUp and Mr Joseph to stop their reporting on malfeasance and corruption at the NLC.”

The organisation considered the lottery’s grant allocation process a matter of public interest:

“Sanef believes that lottery funds are public funds. There must be transparency around their distribution. Further, the NLC is a public institution that is an agency of the Ministry of Trade and Industry. We thus call on Trade and Industry Minister Ebrahim Patel to urgently investigate this matter.”

The political party, African Transformation Movement (ATM), criticised Joseph’s reporting for targeting “black people” and associating them with corruption. The party also found “concerning” the claims that Joseph benefited from lottery funds while at the Big Issue.

Civil society movement #NotInMyName also accused Joseph of being a lottery beneficiary who used his “power” to “satisfy a personal agenda”. It was unclear what agenda was being referred to.

Amid the growing furore over the allegations, the NLC has vehemently denied wrongdoing and countered the reports, saying in a statement released on 28 January 2020 that they were based on “incorrect information” and “fabricated documents” which were unlawfully obtained.

Not the first lottery investigation

It was reported in 2019 that former minister of trade and industry, Rob Davies ordered an investigation into two lottery-funded projects: Denzhe Primary Care, a drug rehabilitation centre in Pretoria, and a tender to rebuild a Limpopo school.

The scope of the investigation was later expanded to include a third project.

However, an NLC statement in May that year claimed the investigations were in fact commissioned by the lottery board.

The chairperson of the Parliamentary Committee for Trade and Industry, Duma Nkosi, confirmed that the investigation was commissioned by the NLC and was complete.

“To our knowledge, the report was received by the NLC Board and is currently being reviewed by the DTI,” he told Daily Maverick via email.

Daily Maverick was supplied with the letter from current Trade and Industry Minister Ebrahim Patel to Nevhutanda detailing the key findings of the forensic report.

According to Patel’s letter, the report found that the “proactive funding allocated to Denzhe was not used for its intended purpose” and recommended that the R28-million given to the project be recovered and a criminal case be opened.

The DTI recommended that Krige be interviewed to get his side of the story. GroundUp alleges that Krige used a portion of the funds intended for Denzhe to improve the facilities at his faith-based drug rehabilitation centre, House Regeneration, north of Pretoria.

The department also reported that construction of the facility was incomplete, and the existing structure was poorly built.

The forensic report confirmed this finding.

There has been a growing push for Patel to weed out corruption and fire the NLC board, but some, including Joseph, feel the minister is dragging his feet in this regard.

“I don’t understand why Minister Ebrahim Patel has not acted on this. There’s certainly sufficient proof,” he told CapeTalk radio in a January 2020 interview.

The Democratic Alliance shadow minister for trade and industry, Dean Macpherson, said the DTI Parliamentary Committee was pushing for action.

“We have requested the minister’s intervention to speak out on the issue as well as firing the board and placing the NLC under administration”.

GroundUp claims they have made numerous unsuccessful attempts to ask Patel what his course of action will be against the lotto.

Daily Maverick has approached DTI spokesperson Sidwell Medupe with queries regarding the two investigations, but has received no response, and our questions on WhatsApp were seen but ignored.

Macpherson said he was waiting for an “urgent date” for the NLC to appear before the DTI parliamentary committee so they can pose questions to them regarding the 2019 independent investigation. Macpherson has also sent queries to former minister Rob Davies requesting the report be made public.

“For far too long, the NLC has sought to keep information relating to this alleged corruption out of the public, which is not acceptable as the public have a right to know how their money that they spend on the lottery is spent.”

According to its website, the firm conducting the investigation, Sekela Xabiso does internal auditing, fraud risk management and financial management, among other services. It was founded in 2012 and has offices in Gauteng and KwaZulu-Natal.  Sekela Xabiso and its chairperson, Abel Dlamini, have been in the news for winning high profile court battles against the SABC and the public protector. In 2019 the firm won a case brought against it by the SABC after being contracted between 2015 and 2017  for R6-million to identify irregular, wasteful and fruitless expenditure. The public broadcaster wanted the contract terminated after claiming the work was incomplete.  Dlamini also won a court battle against Public Protector Busisiwe Mkhwebane after she made findings that Dlamini had received irregular amounts of money in connection with the construction of a royal palace while working as an administrator at Bapo Ba Mogale in North West. DM

Daily Maverick has a relationship with GroundUp and republishes GroundUp articles.