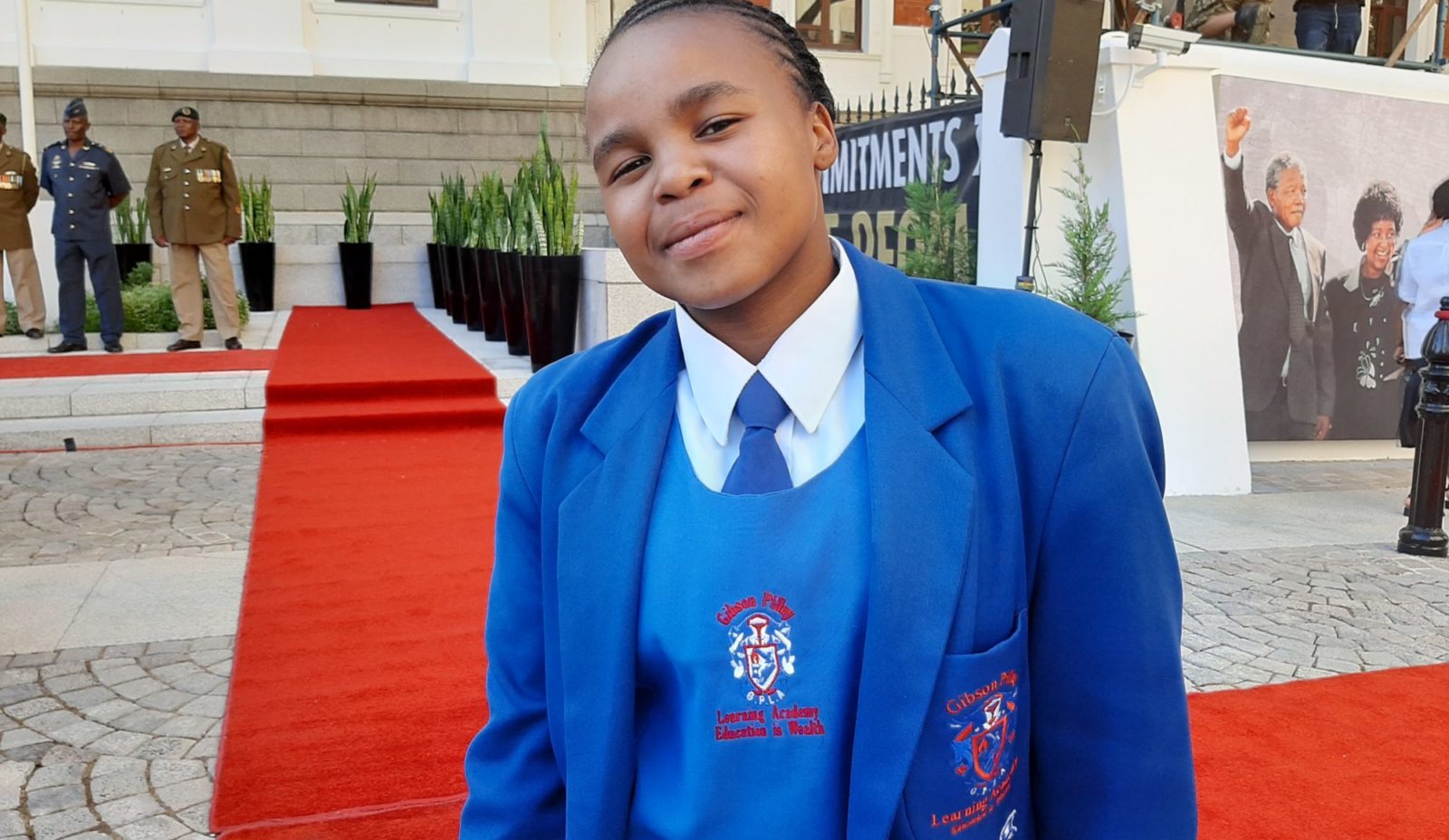 Sinoyolo Qumba is dynamite in a small package. The 17 year old was invited to help edit the President's speech. 13 February 2020. Photo: Sandisiwe Shoba

Dynamite comes in small packages, as 17-year-old Sinoyolo Qumba has proved. After writing an impassioned speech to President Cyril Ramamphosa, she was invited to help edit his SONA 2020.

After penning a letter to President Cyril Ramaphosa in 2019, Sinoyolo Qumba, a Grade 11 pupil from Johannesburg, was invited to help edit Ramaphosa’s 2020 State of the Nation Address (SONA).

During a pre-SONA dialogue with young people in Cape Town on 13 February, Ramaphosa said his SONA 2020 address was dedicated to young people and addressing their issues.

Qumba, who is a pupil at Gibson Pillay Learning Academy in Lenasia, was delighted to meet the president on Wednesday when they sat down to discuss what Qumba described as “a few concerns” and “a few solutions” to the country’s problems.

The 17-year-old is originally from the Eastern Cape but lives in Gauteng’s Orange Farm. In her letter, she expressed dismay at unemployment, the high rate of crime and the prevalence of teenage pregnancies in her community.

“But at the same time, [the letter] was still acknowledging all the good things that the government has done for us,” said Qumba.

She snuck past the fanfare of the red carpet to enter the precinct but, she can’t dodge the cameras for too long, as the president will make mention of her before delivering his speech.

Qumba who is preparing to apply to universities hopes she will get a bursary to study at Wits in 2022.

“I’ve been thinking of becoming an accountant, but I’m still weighing up my options.” DM