Ramaphosa and the five-step plan to tackle youth unemployment 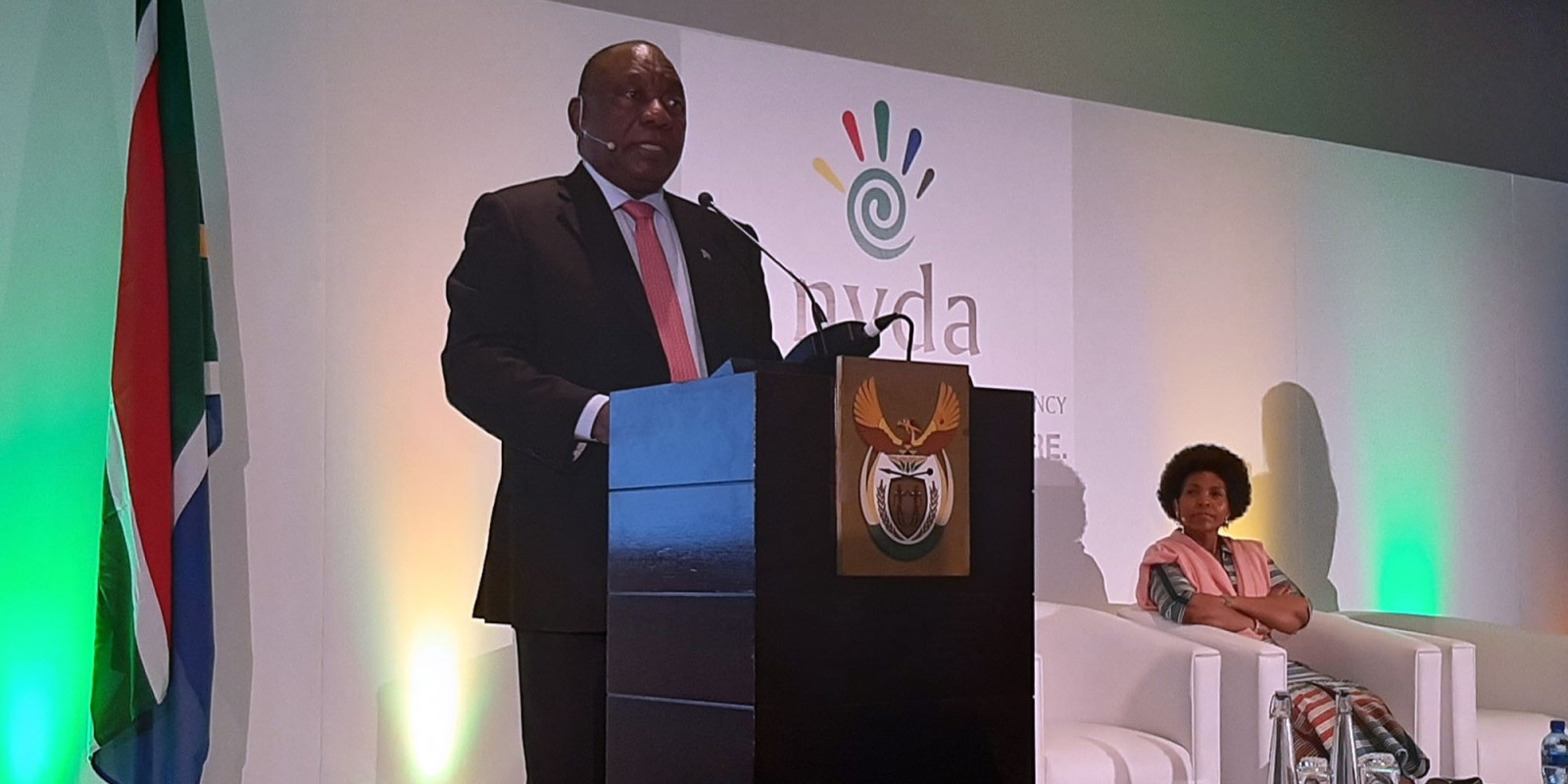 Ramaphosa addresses young people at a dialogue hosted by the NYDA at the CTICC on 12 February 2020. (Photo: Sandisiwe Shoba)

With the aim of creating 2 million jobs for young people within the decade, the government has introduced a five-year plan dubbed the Presidential Youth Employment Intervention to reduce youth unemployment which stands at over 40%.

Ahead of Thursday’s SONA, Cyril Ramaphosa engaged with young people during a National Youth Development Agency (NYDA) youth dialogue at the CTICC in Cape Town on Wednesday 12 February 2020.

Students and members of civil society were among those in attendance to discuss how the government and young people could collaborate to solve issues facing the youth.

The dialogue was the second of its kind. The first was held in 2019. In 2020, Ramaphosa outlined the Presidential Youth Employment Intervention, a five-point plan to speed up access to the job market over the next five years.

“Its aim is to increase levels of alignment and focus across government and begin to tackle youth unemployment at scale,” said Ramaphosa.

Youth entrepreneurship was a key issue raised during Ramaphosa’s address. He announced that a Bizportal website had been launched:

“(It will) allow you to register a company in only one day, which includes getting approval from the CIPC, registering with the Unemployment Insurance Fund and SARS, and even opening a bank account.”

He announced a funding increase for youth-owned businesses through the Department of Small Business Development, the NYDA and the SME Fund. Barriers to entry such as internet access and high data costs would also be eradicated to assist entrepreneurs.

Plans were also announced to do away with unnecessary work experience requirements for certain entry-level positions.

Government has also increased funding for free higher education for poor and working-class students from R11.2-billion in 2016 to R35-billion in 2020.

“With vocational and skills training becoming more important in the changing world of work, as well as a pathway to self-employment, we continue to invest in supporting the curricula of TVET colleges across the country, as well as  in expanding the network of technical high schools and specialised colleges.”

The floor was opened for a question-and-answer session where the youth raised issues around climate change, the lack of representation of queer persons in school curricula and limited job opportunities for persons with disabilities.

“We don’t have to rely on coal. There’s wind (power), solar energy,” she said in an impassioned speech.

“The IDC (Industrial Development Corporation), SETA, NYDA and other institutions do exist, but we believe that they must be given more resources so that they can assist us as young people,” said Hlongwane, who added that young entrepreneurs also needed skills development.

Benjamin Zantsi from the Western Cape branch of the South African Youth Council raised the issue of graduate unemployment. Zantsi told Daily Maverick that more career guidance was needed for students entering university as many either opted for professions that didn’t suit their personality type or where job prospects were low.

He said the common preference to study at universities over TVET or FET colleges was problematic.

“TVET colleges are looked down upon, but those TVET colleges produce people who get employment,” said Zantsi. DM