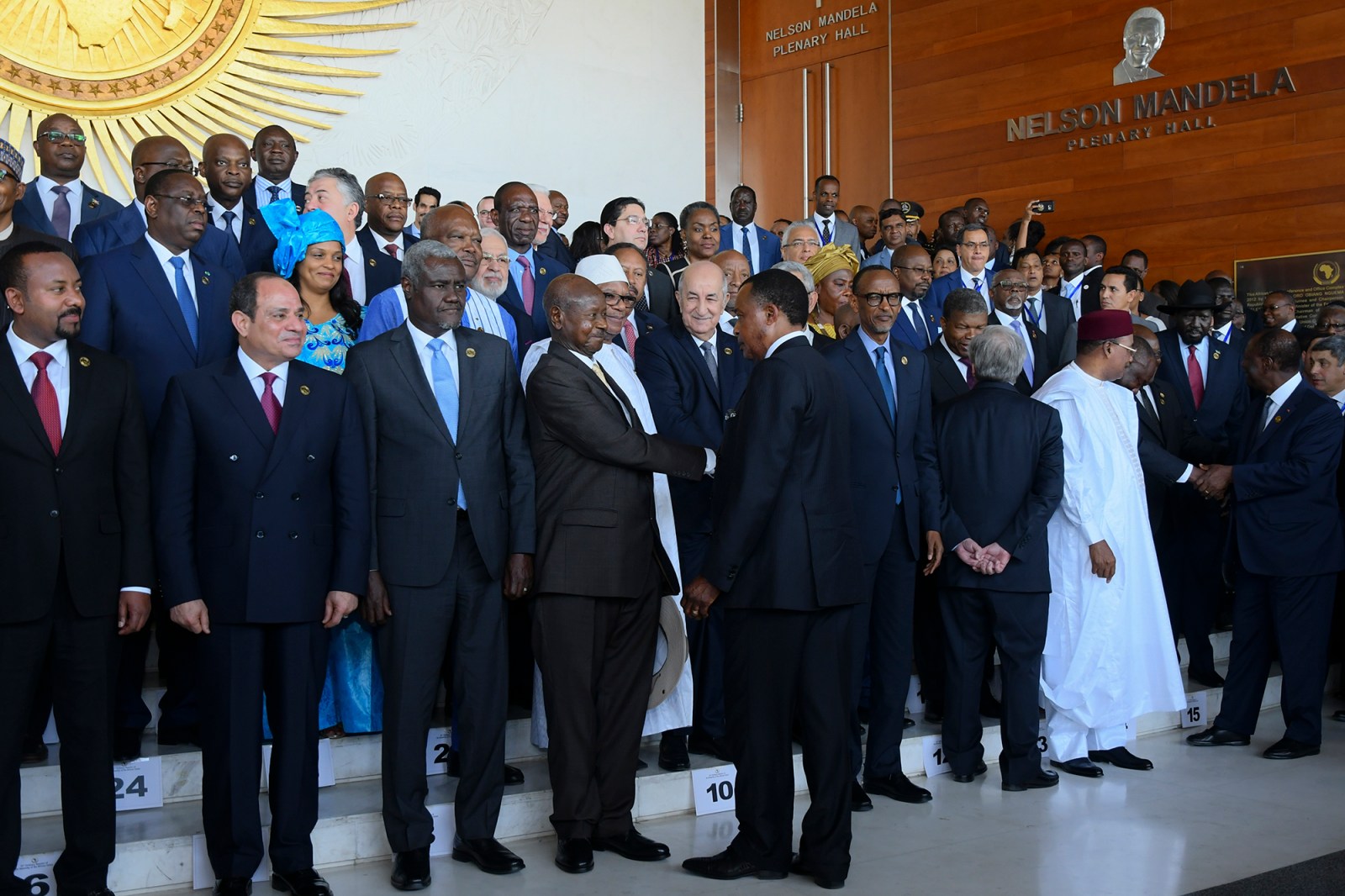 African leaders greet each other as they gather for a group photo during the 33rd African Union Summit in Addis Ababa, Ethiopia, 09 February 2020. African leaders are gathering in Ethiopian capital for an annual meeting to discuss violence and conflicts in the continent. EPA-EFE/STR

SA officials said Nigerian President Muhammadu Buhari had conducted a political battle over what should have been a purely technocratic decision.

South Africa has won a ding-dong battle with its continental rival Nigeria at the African Union summit in Addis Ababa for the post of secretary-general of the African Continental Free Trade Area (ACFTA) which is due to start operating on July 1.

South Africa’s Wamkele Mene, a top trade negotiator finally prevailed over Nigeria’s Cecilia Akintomide, a former vice-president and general secretary of the African Development Bank, after seven rounds of voting by African heads of state and government on Monday evening.

South African officials were celebrating the victory over South Africa’s main African competitor, especially because they insisted that Nigerian President Muhammadu Buhari had conducted a political battle over what should have been a purely technocratic decision.

A technical panel of trade ministers had decided before the summit started that Mene was the best-qualified candidate to head the secretariat of the ACFTA which is expected to give a major lift to intra-African trade and even “reignite” industrialisation on the continent, as President Cyril Ramaphosa said when he accepted the chair of the AU for 2020 on Sunday.

When Nigeria refused to withdraw Akintomide – and the DRC also refused to withdraw its candidate Faustin Luanga, former economic adviser to ex-president Joseph Kabila – despite the technical panel’s report, the African leaders debated long and hard on Sunday evening to try to reach consensus. They failed and deferred the decision to Monday when it was put to a vote – which is rare in the AU which almost invariably reaches a decision by consensus.

At which point Nigeria’s Akintomide withdrew. In a final round of voting with only Mene in the race – which was necessary for him to reach the 33 minimum – he won 35 votes, with nine abstentions to secure the job.

“Won!” said one of the delegates.

Mene will probably take up his job in March, in Accra, Ghana where the ACFTA secretariat is to be based.

The technical panel, which included South Africa’s Trade and Industry Minister Ebrahim Patel, had whittled down an original list of 121 candidates, to the short list of three which was involved in the voting in Addis Ababa on Monday. DM