They removed us under the Group Areas Act, but our hearts stayed in Diep River 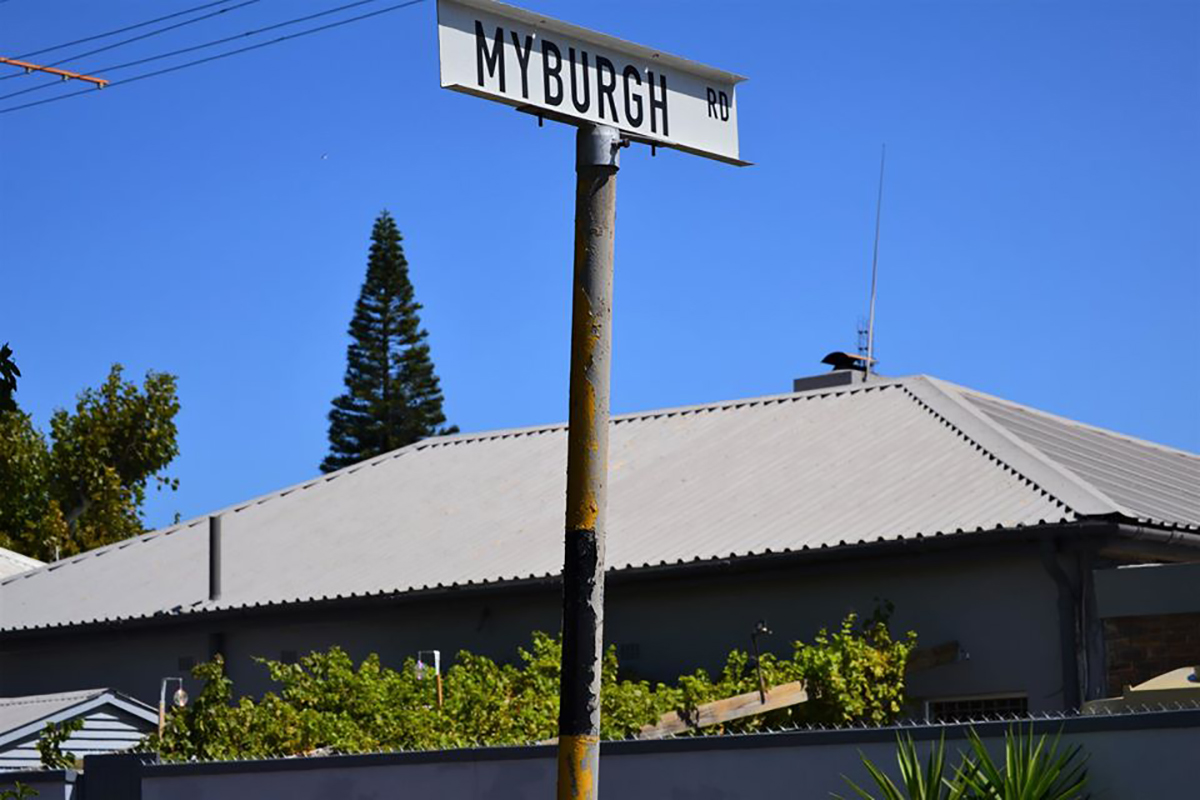 Before the Group Areas Act was implemented in the area, my mother's best friend, Joan Plaatjes, lived in this house, on the corner of Greenwich and Myburgh roads. (Photo: Dougie Oakes)

The apartheid regime took away our homes, but they couldn’t destroy our spirit or our memories. This week I took a drive down memory lane, and what memories they were!

In the period after apartheid bureaucrats had changed the status of Diep River from a coloured to a white Group Area, Number 1, Myburgh Road, became Number 94.

This week, I set off on a slow, nostalgic journey – a look, see, feel drive – down the road I had once called home.

So much had changed in the more than 50 years since we left the area for Heathfield, and most of our neighbours were moved to Manenberg.

I felt nothing for what it had become – a stereotypical “leafy suburb”. And with its “leafiness” have come high walls that hide the front gardens of many of the houses, including the garden of the house in which I had once played.

I entered Myburgh Road via Boundary Road, first stopping outside the house in which the Fishes had lived.

Barbara Fish had close to a football team of daughters – the twins, Erica and Gillian; Phyllis, Brenda, Jean, who rode a motorbike, and Nora.

I chuckled when I remembered my childish naivety over Phyllis and Brenda. They were pupils at the posh girls-only Immaculata High School in Wittebome, where pupils were called “Blue Virgins”. Because I perceived the Fishes as well-off, I thought (for a while, at least), that blue virgins were girls who received lots of pocket money.

In the old neighbourhood, there was a cemetery, which was part of the Methodist Church, opposite the row of semis in which I lived. In front of the cemetery there was once a field of pine trees. Today, there are just houses, protected by high walls and decorated by trees that are much more attractive than pines.

The “pitjies” from the pines (sold these days in shops such as Woolworths for crazy money), formed part of our diet: they were an integral part of my mother’s tamelêtjies, which for those who don’t know, were blocks of sugar containing pine kernels.

It was a time before people took diabetes seriously.

I thought of the children I’d played with in the street, or with whom I collected pitjies – Athol, Luther, Ernest, Patrick, Valerie and Delia… and Jimmy Ireland’s two daughters, Elmarie and Delmarie.

Ireland also had a son, Leon, who everyone called “Oeg”, behind his back because of his temper. His one eye was bigger than the other and he spoke very fast.

Years later, someone told me that Leon had found work in the Simon’s Town dockyard, reporting to Fonnie Hufkie, who had lived in Upper Avon Street, off Myburgh Road.

I stopped outside the house in which my mother’s best friend, Joan Plaatjes, had once lived, on the corner of Greenwich Road. There, I took a photograph, and thought about how she and my mother had become friends – both had had their gallbladders removed. And then my mind turned to Mr Plaatjes and his football team, River Parks, its defender named “Bienbrieker” Maistry, and the epic Sunday League matches against their arch-rivals, Diep River United.

The stretch from our house to the house where first my maternal grandparents lived, followed by my Aunty Murie, seems much shorter now than when I was a primary school pupil living in the area.

Number 1, Myburgh Road, the home of my grandparents, Florence and Renier Kay, was the gathering place for our clan. Even today, I have happy memories of days spent in the sandy yard of the house, or in the field behind it, hunting têppies (tadpoles), or searching for and eating the stems, known as “suurangs”, of a yellow wildflower, or the small buds, “vrietangs”, of another plant with a purple flower.

At the beginning of the decade of the 1960s, my grandparents decided to emigrate to the United Kingdom, leaving for Southampton with my aunts and uncle who were still single, and their furniture. It was a lock, stock and barrel move.

Aunty Murie and her husband, Uncle Aubrey, took over the house, with its large back garden and outside toilet, and the happy times continued.

And then came Group Areas…

As I parked outside Number 1, I thought about what the Group Areas Act had done to so many communities. Yes, it destroyed families and condemned far too many sons and daughters to lives in the townships, on the periphery of society.

But the one thing apartheid couldn’t do was to take away happy memories of people standing together for one another. We were forced to give up so much – but we would not let them take away our ability to be empathetic.

Like residents of District Six, Tramway Road in Sea Point, Mowbray, Newlands, Goodwood and Simon’s Town, who suffered a similar fate as those in Diep River, many who were uprooted refused to forget about what had happened to them. Not only that – many vowed to pass on their memories and experiences to their children and grandchildren.

And we should always be grateful to them for that. DM