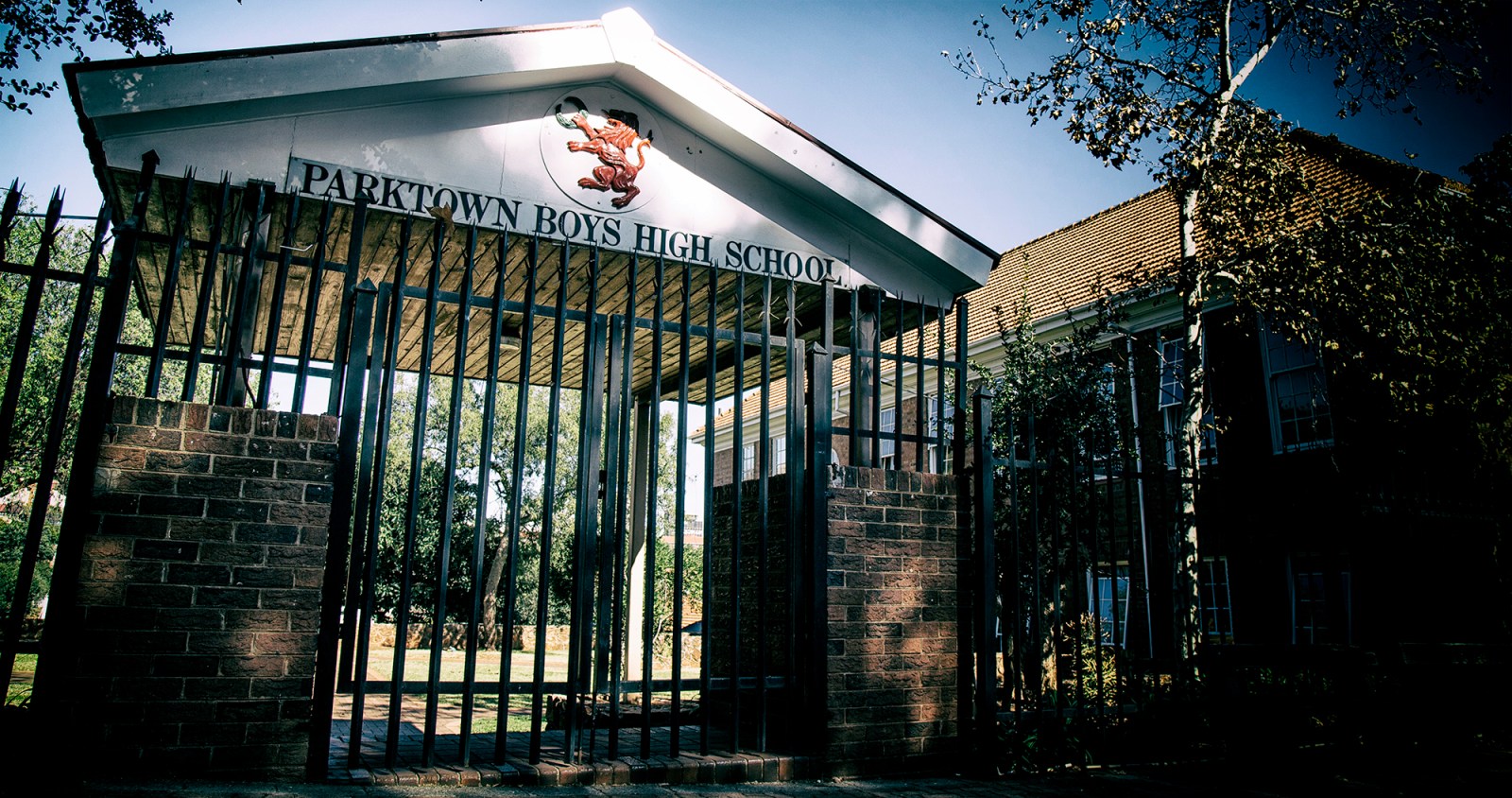 Here is what I think is happening. To me, this is a classic case of toxic masculinity. A boy disappears (and later dies) and all the men in charge of the boys agree in a brotherhood of silence and a conspiracy of lies — if not by commission, certainly by omission.

It has been a week from hell, hasn’t it? But if that’s how you feel, imagine how the family of Enoch Mpianzi still feels now, a week after his demise.

You do not know me Sir, so let me tell you who I am. I am a social commentator, a journalist, a PR coach, I am a mentor for teenage boys and an advocate for responsible manhood, and most importantly I am a parent of a boy at Parktown. And I am writing to you mostly in my capacity as the latter two, but certainly in all the stated capacities.

Like most parents and all those associated with the school I was hit by shock when the news came out and a part of me hoped it wasn’t so. No one wants their school or the school of their child to be in the news for such reasons.

I still gave you and Parktown the benefit of the doubt. Accidents happen, I reassured myself. It does not mean that I did not feel sorry for Enoch and his family. Why, like most parents I heard that voice that kept on saying “it could have been my boy”.

Right from the beginning, you and the school handled this matter very badly. If reports are anything to go by, you kicked for touch, were not forthcoming and wanted to hide behind the excuse of “let the law take its course”. The same way as the school was seemingly negligent with the boys on that Nyati Bush and River Break camp, so it seems you were flippant in communicating to us, the school community and the country at large. In fact, “flippant” is a euphemism for something stronger and unprintable.

And then Sir, you had the audacity to invite parents to the school on Monday only to tell them not to ask questions. What the hell? What was the point? To feed them your propaganda without accounting? Mr Williams, even a junior PR person could have told you to take the questions and rather be evasive or non-committal in your answers. But don’t treat adults as sheep to the slaughter. That you can do it with the learners, doesn’t give you any licence to do it with their parents. You lost credibility for this.

As if that was not enough, Parktown has been on a roller-coaster of very bad PR. The stories have been inconsistent. The goalposts have moved. The contradictions too many. And blatant lies told. I mean, to lie to the media that Enoch’s family could not afford a life jacket when in your memo to parents — which is now public — no one was required to bring their own, and no one did. That was low Sir, very low. In the process you compromised The Sunday Times, who to my surprise bought your bad spin lock, stock and two barrels and were left with egg on their face.

I did not think it could get worse, but it did. And then on Wednesday on Radio 702 a letter written by one of the boys who went to this camp and had made the acquaintance of Enoch was read on air during the Eusebius Mckaiser Show. (Let me pause to say Eusebius [and 702] has done an amazing job for not only keeping the story alive, but also for diligently asking all the questions on everyone’s behalf, following up on every possible angle of the story and most importantly, of giving Enoch a face, a name and posthumous dignity, which it would seem the school and the camp could not afford him.) In the letter the unnamed boy states clearly that he informed the teachers immediately and several times more subsequently that Enoch had been swept down the Crocodile River, but he was ignored and almost ridiculed.

Even when I thought we had reached rock bottom, it went down even further. Now the camp has released a statement which actually has contradicted so many of the “facts” that you had told us in the past seven days or so. They threw you under the bus. They blame you for late-coming, for not doing roll calls when they were supposed to be done. Well, you seem to corroborate them because by your own admission, you called the Mpianzis on Thursday (long after Enoch had clearly drowned) to ask them if their boy had come to camp. Sir, I cannot find anything more morose.

Here is what I think is happening, Mr Williams. To me, this is a classic case of toxic masculinity. A boy disappears (and later dies) and all the men in charge of the boys agree in a brotherhood of silence and a conspiracy of lies — if not by commission, certainly by omission. Subsequently, you are reported to have beckoned the boys to not speak about the incident. How tasteless! You asked the boys to participate in a conspiracy of lies, secrecy and deceit. Is this what you are bequeathing to our boys? Are these the leaders you are preparing for tomorrow?

Mr Williams, I had faith in you as you came in during the horrific water polo boy-grooming episode a few years ago. You seemed upright. You seemed to want that past to be erased and put the school on the right path. I was impressed because even during that saga, Parktown had gone under, secrecy was the code. Our boys were made — perhaps subtly threatened — not to talk. My own boy, who was then and is still participating in water polo now, said little. I believed him when he said he was not a victim of the beast that was subsequently sent to jail. But I still felt he was not forthcoming. Now I know he was just following the instructions, the culture of silence, lies and deceit.

Sir, I believe Parktown is a good school, that is why I have kept my boy there. I love the spirit of brotherhood, especially during sport, win or lose. I love the school band, the best I have seen in Gauteng. I love how black boys are given opportunities in sport and to become prefects, even though much more can and should be done. I think these traits can and should be copied by most public and private schools.

But sadly, Mr Williams, South Africans are beginning to associate Parktown with crisis and grime, bad culture and poor leadership. We live in a country where men have and continue to terrorise and destroy society through rape, abuse, murder, theft, corruption and greed. It is very sad to send our boys to a “good” school, only for them to be taught the very values most of us hope to undo.

Whoever you are protecting Sir, whatever you are not telling us, please know that in his death, Enoch deserved more, he deserved the truth, even if it is too late. You should have done better. You can still do better.