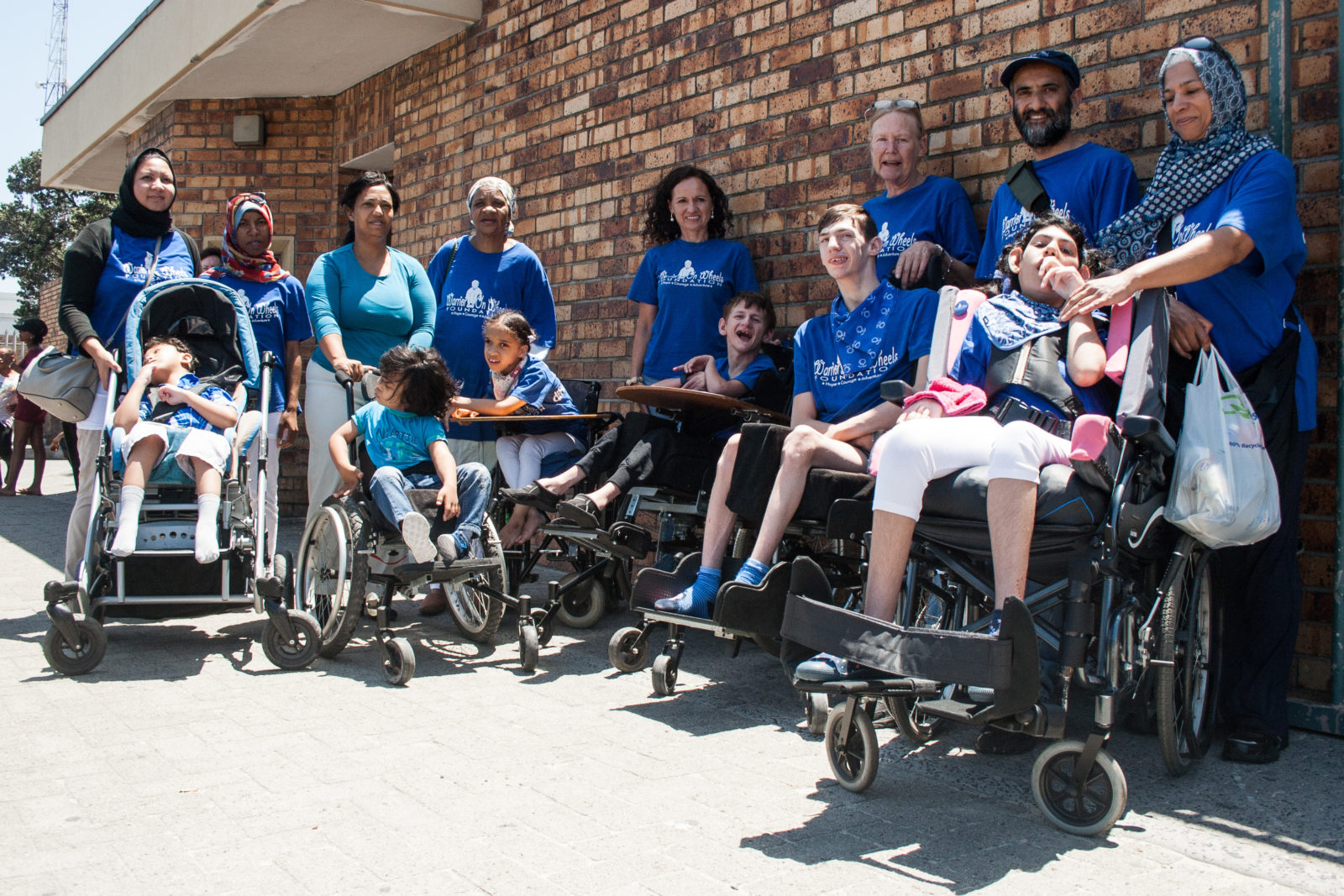 Members of Warrior on Wheels Foundation attended a court case in Mitchells Plain on Tuesday to support Liezel Haskin and her son Connor. Photo: Ashraf Hendricks

A policy denying prams and people in wheelchairs entry to stores is discriminatory and has a marginalising effect on people with disabilities, argued Cape Bar attorney Sibonile Khoza.

He represented Liezel Haskin and her son Connor, pro bono, at the Equality Court sitting in Mitchells Plain on Tuesday. Shop owner Salauddin Khan is accused of denying Connor, who uses a wheelchair, access into his store in April 2019.

Connor has Down Syndrome and some developmental delays associated with West Syndrome. He requires constant care and uses a wheelchair.

In court papers filed in December, Khan stated that the policy had been put in place to prevent “rampant shoplifting” at his store. He said that the shop attendant who was in the store at the time did not know of Connor’s disability and suggested that he walk or Haskin carry him through the store. A few days after the incident, Khan and two other employees made an unannounced visit to Haskin’s home during which Khan apologised and left a slab of chocolate for Connor before taking a photo with him.

On Tuesday, Khoza said that this was “a prima facie case of discrimination”.

“Mr Khan seems to suggest that simply because his policy was neutral on the face of it, simply because it applies to everyone, it doesn’t discriminate against Connor. Able-bodied children would be able to be taken out of the pram and walk around the store and communicate with the shop attendant. But Connor cannot walk and cannot talk,” he said.

He disputed arguments by Khan that his store attendant did not know that Connor was disabled. “You don’t have to be told that the child is disabled; you can see it,” he said.

Khoza referred to a Constitutional Court ruling in the case MEC for Education in KwaZulu-Natal v Pillay 2008 which found that “fairness requires reasonable accommodation in one situation or another. And that reasonable accommodation is most appropriate where discrimination arises from a rule or practice that is neutral on its face and is designed to serve a valuable purpose but which nevertheless has a marginalising effect on certain portions of society.” Connor’s case is a classic example of this, he said.

Khan’s lawyer, Thariq Orrie, said that his client was sympathetic towards Haskin and Connor. He said that the policy at Khan’s store was only in place while renovations were underway. The policy is no longer implemented because the aisles are now too narrow to accommodate a wheelchair, he said.

Orrie denied that Connor had been denied entry because of his disability.

“The employee was not aware of the child’s condition. There were only two employees working that day and the store had no cameras at the time. The policy was implemented for health and safety reasons,” he said.

He said as a store-owner, Khan “did not feel comfortable searching female customers” as Khoza suggested. “The only viable economical option would be to leave the pram at the cashier of the store,” he said.

When magistrate Rene Hindley asked why Khan had taken a photo holding Connor when he visited the Haskin home, Orrie said, “He wanted to show that he does not have an issue with disabled people.”

Founder Deirdré Gower said, “Liezel is standing up for the rights of her child and believes that every person regardless of their ability should have the same access as everybody else. She’s speaking on behalf of all of us because at some point in our lives we’ve all been discriminated against and experienced places where we’ve not been allowed in.” Gower attended proceedings with her 21-year-old son Damian who has Spastic Quadriplegia.

Judgment will be handed down on 14 February. DM