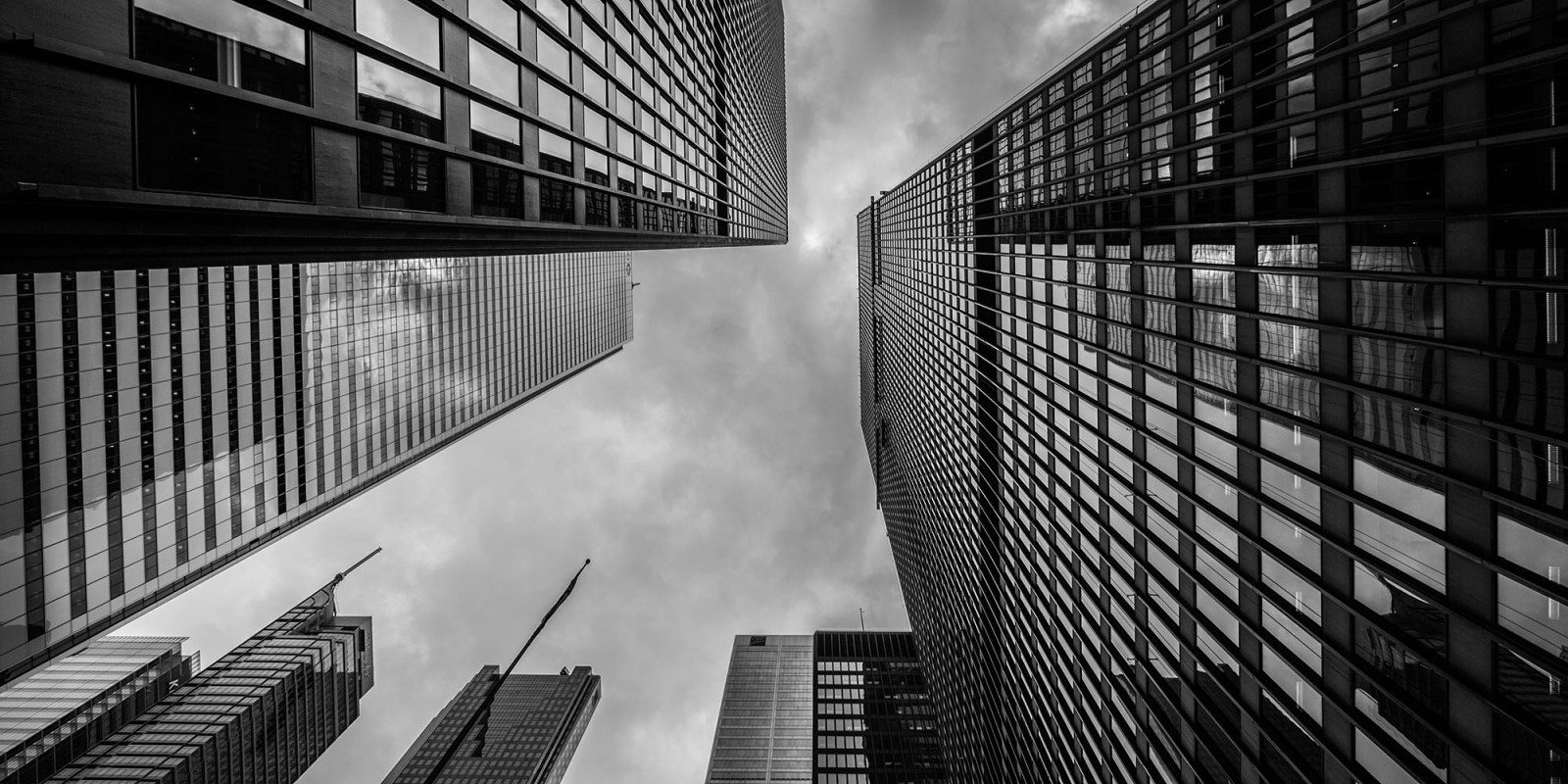 Without a rising tide to lift all boats, investors will have to make careful decisions in 2020, says Morningstar investment analyst Simbarashe Mangwiro. (Photo: Unsplash / Matthew Henry)

An investor recently said ‘we need a lot of good news to make positive single digits, but just a bit of bad news to make negative double digits’. This quote seems particularly apt at the moment.

On 1 January 2020, the South African rand was trading at R14.01 to the US dollar, gold was priced at $1,520 an ounce and base metal prices had ticked up, suggesting that global manufacturing may be trending upwards.

This boded well for a poorly performing South African economy, which is heavily reliant on commodity cycles and a global manufacturing appetite for its raw materials.

In 2019, firmer metal prices created positive momentum on the JSE resources index, which delivered returns of 28% for the year. Investors were hoping this would continue and perhaps rub off on other sectors of the exchange where returns in 2019 were patchy.

Overall, the All Share Index returned 12.05% (thanks in part to resources and other Top40 stocks) in 2019, but a closer look shows this was not generalised across the board and in many sectors prices fell off dramatically as companies failed to deliver the promised returns.

Small-cap stocks, in particular, were punished, returning a negative 8% for the year.

Any positive sentiment that investors may have had on the eve of 2020 evaporated two days later when US President Donald Trump gave the go-ahead to the US military to assassinate Iranian commander Qasem Soleimani.

The rand is now trading at R14.27 to the dollar, the spot price of gold is $1,582.74, the oil price surged overnight and base metal prices have fallen as investors reverted to risk-off sentiment.

Things can change dramatically in a week.

“Markets hate uncertainty and there is a lot of uncertainty around at the moment,” says Abri du Plessis, CEO of Gryphon Asset Management. “It cannot all be blamed on the tension around Iran, but the global economy outside of the US needed impetus to push it forward and that has been removed. Without confidence, we won’t see growth.”

Without a rising tide to lift all boats, investors will have to make careful decisions in 2020, adds Morningstar investment analyst Simbarashe Mangwiro. South African assets are quite cheap at the moment, while globally, valuations are elevated. “But this does not mean one should rush in and buy them, they are cheap because the macro picture in South Africa is not attractive.”

The trick is to identify those stocks that are cheap because they deserve to be, and those that are now offering value. In this regard, investors got a wake-up call in 2018/19.

“A series of corporate scandals saw many large caps become mid-caps and many mid-caps become small caps with the likes of Ascendis, Brait, EOH, Tongaat-Hulett and Blue Label all slumping in 2019 as investors became wary of any sort of financial impropriety or debt-related weakness,” says small and mid-cap analyst Anthony Clark.

Oddly (because these are the companies tied to the moribund SA economy), one sector to watch in 2020 may be the mid-cap sector.

While small and mid-cap stocks were out of favour for much of 2019, investors changed their minds during the year. “The JSE’s mid-cap index has surged since mid-August 2019, rising by 16% in the final months of 2019 as investors perhaps came to realise that bargain-basement valuations in the sector has seen the sell-off extend too far,” says Clark.

Private equity and activist funds spotted this “valuation gap” with the result that the likes of Pioneer Foods, Clover Industries, Rolfes Holdings and Metrofile were bought out.

Opportunities will be available in 2020 with a continuation of sector buy-outs (there were 21 delistings in 2019), and on-going shareholder activism, he says.

After five years of low economic growth, many SA firms have cut costs and lowered debt with the result that they now have attractive business and asset fundamentals. Grindrod, Quantum Foods, Comair, Argent Industrial are value plays that could attract more interest. Other higher-risk, but high-reward turnaround plays such as Ascendis and CIL may also attract attention, he says.

Stocks that Clark will be watching for activity in 2020 include Brimstone whose massive discount to NAV should heighten calls for some form of restructuring.

Following the take-out of Clover and Pioneer Foods, he’ll also be watching RCL Foods where Remgro, which is flush with cash, could attempt to delist the struggling food stalwart it created, but which has failed to perform.

Another acquisition story to watch could be Woolworths supplier Libstar, which, it’s rumoured, is of interest to private equity players.

Other pockets of interest include the construction sector, which was savaged in 2019.

“Construction is out of favour, but we like Raubex and WBHO,” says Arthur Karas, senior portfolio manager at Old Mutual Investment Group. “Consider that M&R, Aveng, Basil Read and Group 5 have exited the sector or gone bust, leaving about four companies with the skills to do projects at scale, not all of which are listed.”

Yet building goes on – Sanral has roads to build and the Airports Company SA has runways to build, among others. “Who will do these jobs? These companies are not expensive, they are not indebted and they have avoided the fancy jobs that got others into trouble.”

The biggest problem facing SA Inc stocks is low growth and a crisis of confidence. Companies like Metair, Kap and Reunert are good businesses and are well run. “Now if Eskom and Telkom could get their acts together …,” laments Karas.

This is a lament that echoes across other sectors too. With little or no economic growth expected this year, and poor consumer and business confidence, earnings growth in sectors from retail to financial are likely to be muted.

“Investors look for three things: Earnings growth, share re-ratings and dividend yields,” says Mangwiro. “With the first two under pressure, the stocks that investors could look at are those with attractive dividend yields.”

The resource and financial sectors offer decent yields, he says. The question an investor needs to answer is, are these yields sustainable?

In the precious metals sector, it would seem to be the case for the moment. Precious metal producers had a good run on the JSE in 2019 in large part because of buoyant prices. That trend looks set to be maintained in 2020. Gold has been on a tear, scaling 7-year peaks on 8 January above $1,600 an ounce on the rising tensions between the US and Iran.

A number of institutions including UBS and Goldman Sachs see gold averaging a robust $1,600 an ounce in coming months, with fundamentals turning in its favour.

“All in all, we stick with our three, six and 12-month forecast of $1,600 an ounce, but see upside risks if geopolitical tensions worsen,” Goldman Sachs said in a research note this week.

Trump’s actions, from trade wars to the latest Middle East assassination, are helping to keep gold’s price on the boil – which also has political spin-offs as much of the Republican Party’s conservative base, for a range of reasons, is keen on gold as an asset.

Fundamentals remain firmly in gold’s favour. Aside from geopolitical flare-ups, which boost the yellow metal’s appeal as a safe haven, other supportive factors include globally-low interest rates.

“2019 saw gold climb 19% higher and 2020 will be bullish for gold due to favourable interest rates. Specifically, US rates went from rising to lower rates and the European Central Bank has rolled out stimulus which is supportive for gold,” Lara Smith, director of mining consultancy Core Consultants, told Business Maverick.

Sharply higher prices will flow to the bottom line of the likes of Gold Fields and Harmony. Companies such as Sibanye-Stillwater, which has diversified heavily into palladium, should benefit from a historic rally in the price of that metal. Palladium, used as an autocatalyst in petrol engines, this week hit all-time highs of over $2,050 an ounce on concerns about supply deficits as diesel engines, which rely more heavily on platinum, fall out of favour in key markets.

Precious metals companies like Impala Platinum led the JSE in 2019 and the sector looks set at this stage to do well again in 2020. BM