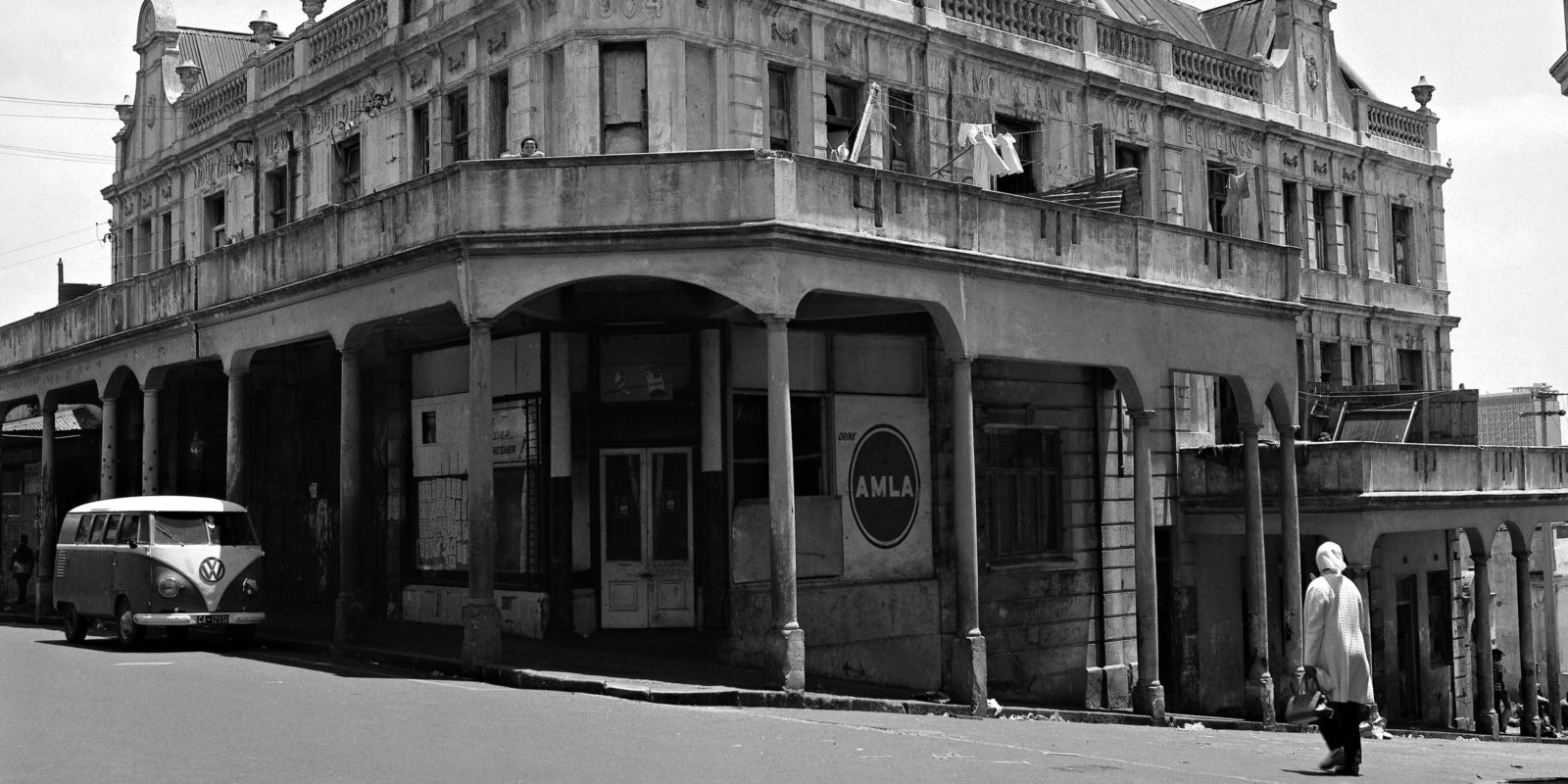 District Six, Cape Town. 1970s. Suburb on the outskirts of Cape Town from which whole communities were forcably removed by the Apartheid government. Photo: Gallo

It’s been a positive year for former residents of District Six – first was the renaming of one of the most iconic streets in the area. Next step is on Tuesday – if the Land Claims Court accepts a redevelopment plan, claimants could move back within three years.

“We’ve come a long way since November 2018,” said Shahied Ajam, chairperson of the District Six Working Committee (D6WC) as the group of about 500 claimants of the former District Six held its final public meeting on Sunday 15 December 2019 in Salt River, Cape Town.

The meeting was held to inform claimants of the plans for the redevelopment of the area, as required by Judge Jody Kollapen’s November 2018 court order. That order ruled that the Department of Land Reform and Rural Development and its then-minister, Maite Nkoana-Mashabane, needed to provide the Land Claims Court with a conceptual layout for the redevelopment of District Six; details of funding and budgets; estimated time frames; and a methodology that will be applied in allocating the initial residential units – ie, to those who applied first or those who are elderly.

The department will head back to court on Tuesday 17 December to submit these requirements. Initially, a draft plan was due to be submitted in October, which the D6WC has seen and examined. Ajam told Daily Maverick the group’s technical team had examined the document and made suggestions – one of the issues identified was how this redevelopment would be funded.

The departments of Human Settlements, Public Works and Infrastructure, and the City of Cape Town have all indicated they would assist in the development – which could mean redevelopment of the area and construction of rental units could take three years, said Ajam on Sunday. The final plan was due to be submitted on Friday 13 December, but the department, led by Minister Thoko Didiza, wanted an extension until Tuesday, which was granted.

“If the court passes those four requirements then it is a major milestone,” said Ajam.

Didiza came into the newly merged portfolio of Agriculture, Land Reform and Rural Development following the 2019 national and provincial elections. Didiza replaced Maite Nkoana-Mashabane who was shifted to become the Minister of Women, Youth and People with Disabilities.

But on Sunday, Ajam said new minister Didiza had been working with the D6WC since June to speed up the redevelopment of the area and finalise the restitution process. Didiza was at the renaming of Keizersgracht Street to Hanover Street on Heritage Day.

Hanover Street, one of the area’s main streets, was the lifeblood of the area before it was destroyed by the apartheid regime and renamed Keizersgracht. Along with the destruction of the street, residents who were not white were forcibly removed under the Group Areas Act and dumped in areas on the Cape Flats including Hanover Park, Mitchells Plain, Bonteheuwel and Langa.

Read in Daily Maverick: Hanover Street: A small bandage for the wound that is District Six

Ministerial spokesperson Reggie Ngcobo did not answer specific questions posed but told Daily Maverick he would issue a statement once the department has submitted the required documents on Tuesday. DM