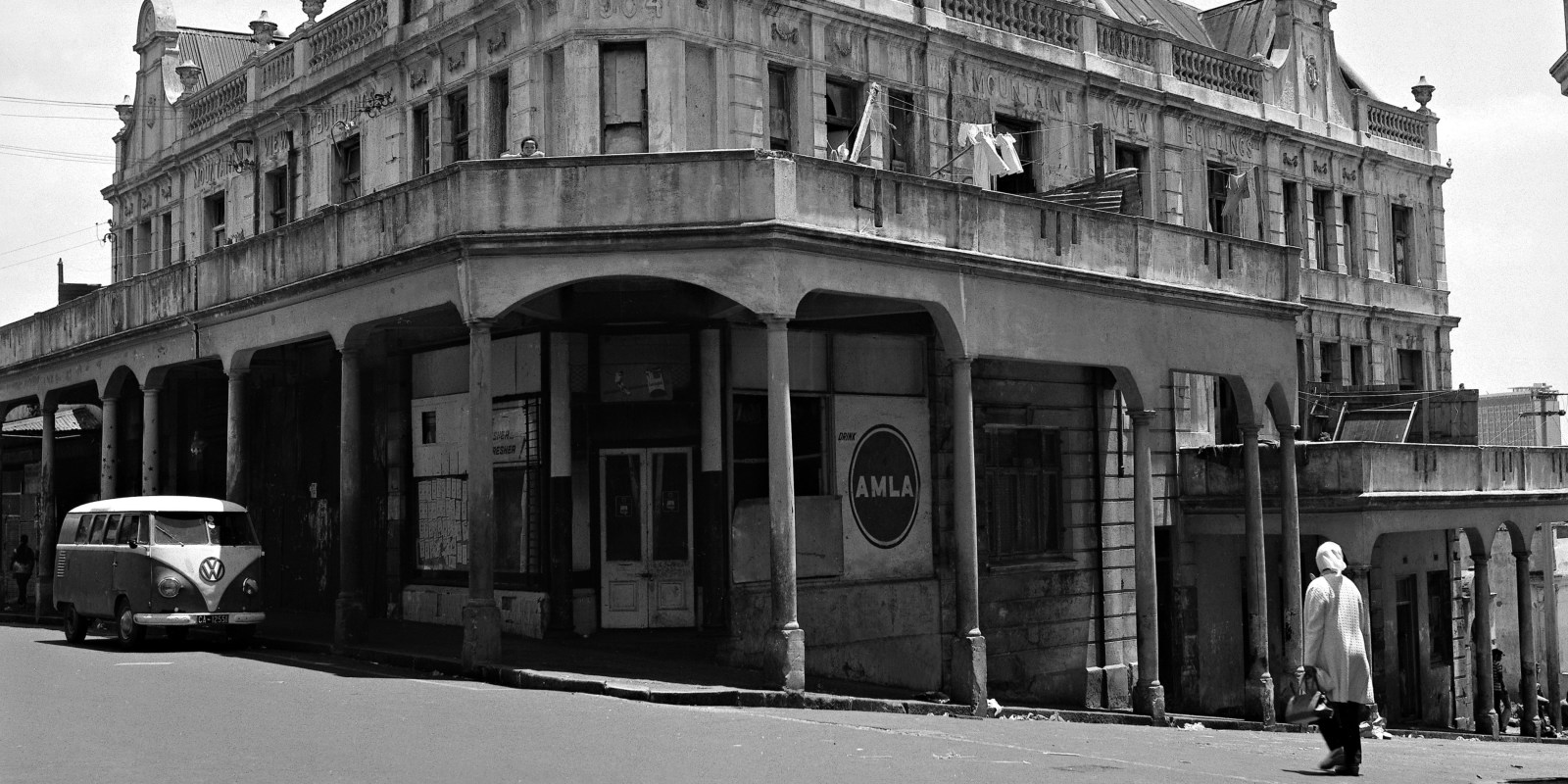 District Six, Cape Town. 1970s. Suburb on the outskirts of Cape Town from which whole communities were forcably removed by the Apartheid government. Photo: Gallo

Just days before the next set of plans about the rebuilding of District Six homes for land claimants is due, the Land Claims Court heard how the solving of 1,078 claims would make a significant dent in the number of outstanding restitution claims. Despite this, the Minister of Rural Development and Land Reform could not explain why it had taken more than 25 years for former residents to be rehoused in the area from which they were forcibly removed.

The 1,078 District Six claimants continue to wait to hear if the department of Rural Development and Land Reform has met its required three-month deadline on plans to redevelop Cape Town’s historic District Six — their home.

But before that could happen, the department’s minister, Maite Nkoana-Mashabane, faced the Land Claims Court to answer why she should not be held personally responsible for the slow progress in returning claimants to the land they were removed from under the apartheid Group Areas Act.

On Friday 17 May 2019 Nkoana-Mashabane appeared before the Land Claims Court, at the Western Cape High Court. This was because the minister had failed to appear in the same court in April — had she not appeared on Friday, she would have been held in contempt of court.

The minister was to explain why she should not be held in contempt of court, following a November 2018 ruling by Judge Jody Kollapen which said the minister should provide updated plans every three months on the redevelopment of District Six for the 1,078 verified claimants who want to be rehoused in the Cape Town CBD area where they grew up.

(Read in Daily Maverick: “I long to return to District Six”)

At the time, Judge Kollapen ruled that the minister needed to come up with a holistic plan with specific timelines, a conceptual layout for the creation of housing units, a specific budget breakdown and time frames on when restitution would be completed.

But on Friday, almost eight days before the next three-month mandated court update, Nkoana-Mashabane was grilled extensively for nearly the entire day by Geoff Budlender SC, from Norton Rose Fulbright, the law firm taking on the case on behalf of the District Six Working Committee.

Budlender asked tough questions, including if Nkoana-Mashabane, as minister of Rural Development and Land Reform, should be personally responsible for this backlog, where the money would come from to rebuild District Six and why it should take so long for families to be rehoused in the area, if her department’s role was to fix the injustice of past dispossession.

But Nkoana-Mashabane consistently either did not answer or skirted around questions. At one point there was a silence of about two minutes when Budlender asked the minister if there had been “an attempt to comply”.

Eventually, Nkoana-Mashabane admitted that she had not complied fully with the court’s order — which caused the courtroom, full of claimants, to quieten to a whisper.

The minister said then that her department hoped to have a full plan drafted by August 2019.

Acting Judge Tembeka Ngcukaitobi did not mince his words with the minister:

“The fact of the matter is, it is 20 years delayed,” he said, referring to the number of years people from District Six have waited for restitution in the area where they grew up.

He said the District Six claimants, many elderly, “have no clue when they will get their units”, and reminded the minister and court that 13 claimants thus far have died, while waiting for restitution.

Judgment on whether the Land Claims Court should find Nkoana-Mashabane in contempt of court is expected soon. DM