Hanover Street: A small bandage for the wound that is District Six 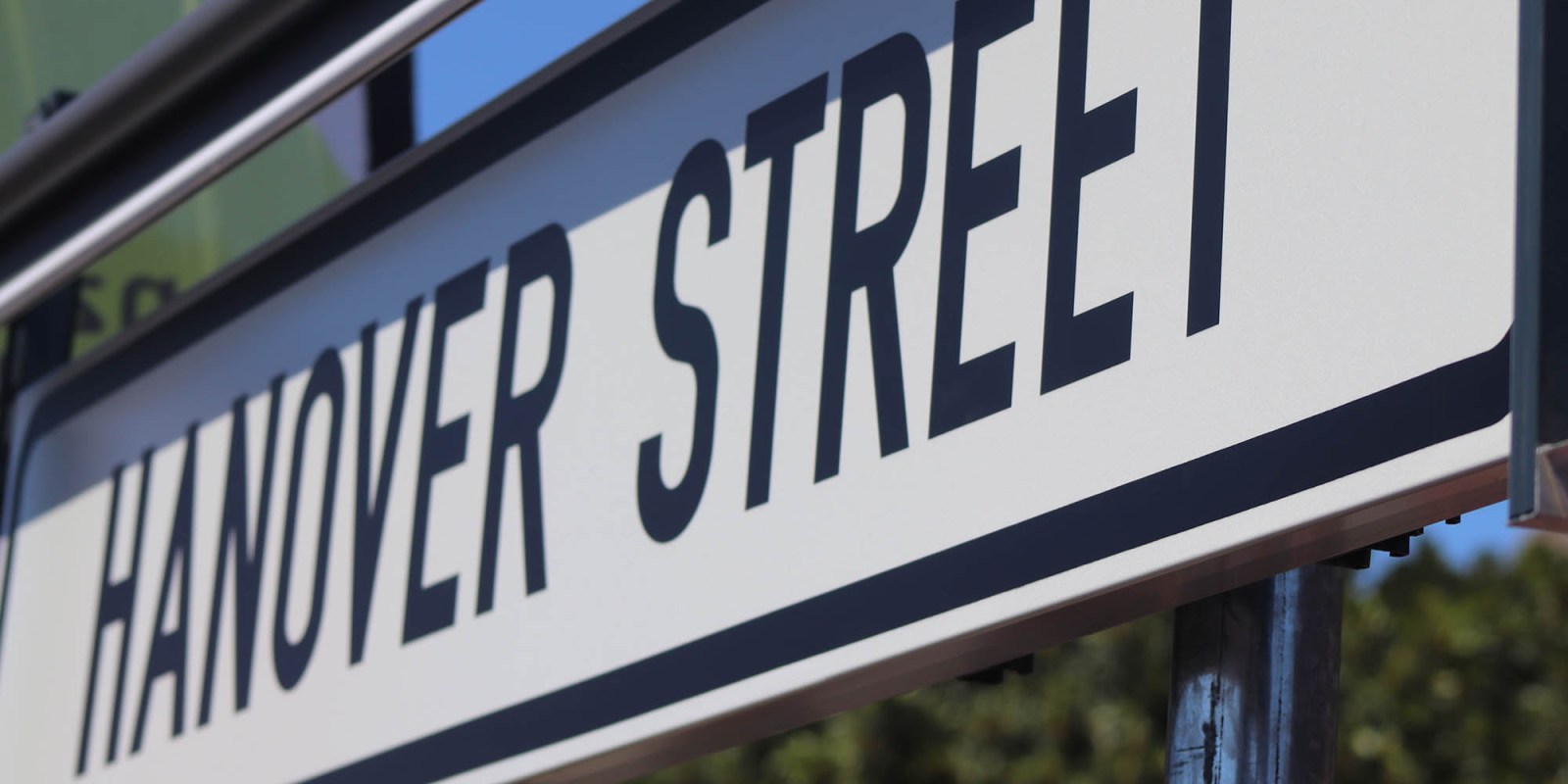 Hanover Street gets back its groove but government officials admit it’s just one small step in healing District Six’s scars of forced removals.

Hanover Street, well known for its vibrant culture and commerce in the old days of District Six, was finally restored to a semblance of its former glory on Heritage Day, 24 September 2019, following a successful campaign by the District Six Working Committee.

“We used to run up and sleep in Hanover Street the night before the Coons.”

She had come all the way from Mitchell’s Plain to witness Keizersgracht Street be officially restored as Hanover Street and sat in the open-air awaiting the big announcement.

“In front of the pavement, next to the Star Bioscope, there we used to sleep. Opposite that was the fish market and the wash houses,” she told Daily Maverick. When Gallant married at the age of 24 she left District Six for Mitchell’s Plain, but the memories have never gone away.

The day was not just about unveiling a plaque, it was to remember one of South Africa’s most heartless apartheid laws, the Group Areas Act, which allowed for the forced removal of thousands of people living in a cosmopolitan area and moving them to places on the Cape Flats, such as Hanover Park, Mitchell’s Plain, Langa and Mannenberg. Johaar Mosaval, the first black South African to become a senior principal dancer with the UK’s Royal Ballet, who once lived in District Six, spoke at the unveiling.

“I was born here in District Six and travelled the world; I was lucky enough to get that foundation,” said Mosaval. Read in Daily Maverick: Celebrating the life of ballet star Johaar Mosaval at 90

Plato said: “The name change is taking place on Heritage Day and we hope this symbolic act of restoring the historic name of Hanover Street will help ease some of the pain for those who were forcefully removed from the area all those years ago and help them to remember the good memories that many will have of living there.”

Following an application by the District Six Working Committee in June, a public participation process was undertaken – with 97% of 1,200 comments received agreeing to restore the original name. A motion confirming the move was passed by the Cape Town city council in August.

“Like Sophiatown, District Six brought peoples from different social, religious, class, cultural and racial backgrounds together as one community at peace with itself,” said Didiza. “This was an area where freed slaves, merchants, artisans, labourers and immigrants lived together.”

Didiza, who is working with the D6WC and other stakeholders to bring land claimants back to District Six following court action in the Land Claims Court, said the day was significant as it witnessed “the renaming of the street back to its original name that holds many memories for those who lived in District Six and were forcibly removed in the sixties and seventies. Today brings painful and beautiful memories together. I can imagine those of you who lived in District Six at the time, you remember those who stayed in this street.”

The department has been tasked with drawing up a comprehensive plan to bring the land claimants back to the suburb. After the plaque unveiling, former residents and their families were treated to entertainment at the City Hall. Musician and actor Loukmaan Adams said the day was bittersweet for him, as the late Taliep Petersen, with whom he had worked on various projects, was not there to celebrate the occasion. Petersen, a child of District Six, paid homage to the area through his musicals, such as District Six: The Musical and Kat and The Kings.

Shahied Ajam drew many emotions together, saying: “Today we celebrate the renaming of Hanover Street and doing away with the street name of Keizersgracht, with all its ties to painful colonial and apartheid injustice. This symbolic act of restitution is a great milestone in our fight for justice for this community.”

The day was not without controversy. News24 reported that Keizersgracht was technically not Hanover Street – it followed the Hanover Street contour after the street grid was destroyed. Bonita Bennett, director of the District Six Museum, wants the street to be called New Hanover Street, said the news website.

But Ajam said: “We hear you, we see you, we recognise you and we ask you to take hands with us today and celebrate this small, perhaps imperfect, victory for our collective community.” DM