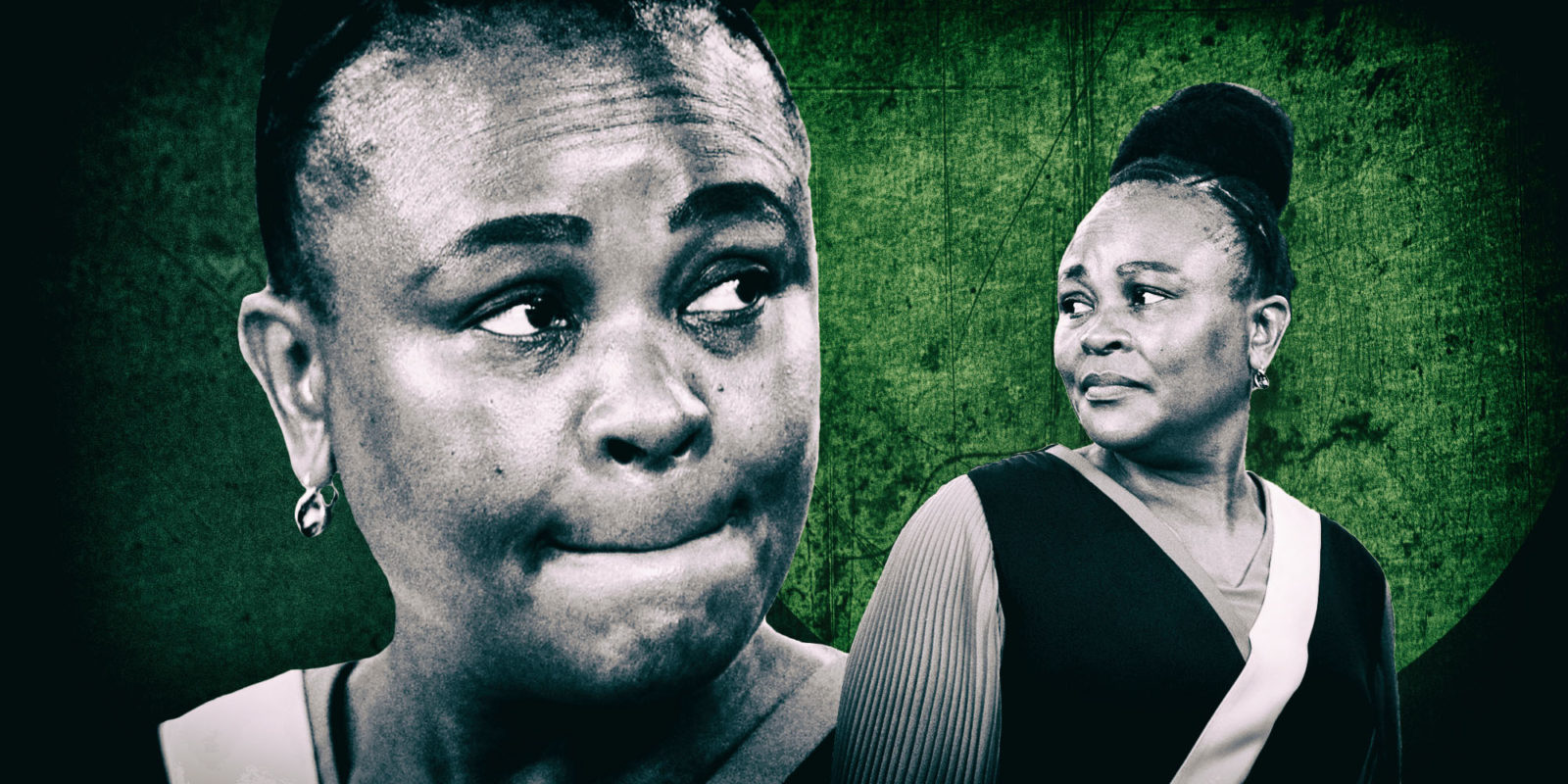 Public Protector Busisiwe Mkhwebane announced the issuing of some two dozen reports on Thursday – but not all contain clear findings. Nine are “closing reports”, issued to mark the closing of investigations dating back more than two years. One such report relates to the conduct of former Energy Minister Tina Joemat-Pettersson in her dealings regarding South Africa’s controversial nuclear energy deal with Russia.

Don’t expect to be seeing a lot of detail in the news about the content of Public Protector Busisiwe Mkhwebane’s final batch of reports for 2019. Only a few of the 24 reports have been publicly published – as they are required to be – thus far, with the office of the Public Protector citing website issues arising from load shedding.

As a result, the only information available in the majority of cases has been that given by Mkhwebane in her year-end press conference – which has led to misleading reports that the public protector “exonerated” controversial figures like former Energy Minister Tina Joemat-Pettersson through the latest reports.

In reality, Mkhwebane did not make findings on Joemat-Pettersson’s conduct in all but one aspect, due to procedural and jurisdictional issues.

The relevant public protector investigation stemmed from an anonymous complainant in 2016, which charged that Joemat-Pettersson had violated the Executive Members’ Ethics Act, the Constitution and her oath of office through her conduct around the (currently shelved) nuclear deal between South Africa and Russia.

The specific aspects that the office of the public protector was asked to investigate related to Joemat-Pettersson’s signing of the nuclear agreement; her failure to allow for sufficient public participation on the matter; her department’s awarding of a R171-million tender to Empire Technology; her allegedly improper authorisation of the sale of South Africa’s fuel reserves; and her refusal to comply with a Protection of Access to Information Act (PAIA) request to view documents relating to the deal.

The only complaint on which Mkhwebane made a concrete finding was that of the PAIA refusal. The allegation that Joemat-Pettersson failed to release information under PAIA in breach of the Constitution was not substantiated, she found. The minister was entitled to refuse access to the documents in question since they contained legal opinions “on strategic partnerships and cooperation in the field of nuclear energy” which have not been declassified.

Mkwhebane wrote in her closing report that the issues relating to Joemat-Pettersson’s signing of the nuclear deal and failing to invite public participation had already been dealt with in the Western Cape High Court in April 2017, and she could therefore not make any finding in those regards.

“I am precluded from investigating court decisions,” Mkhwebane wrote.

She did not mention that the court ruling in question found the process around the nuclear agreement and the signing thereof to be unlawful and unconstitutional.

When it came to the R171-million tender awarded to Empire Technology – run by alleged Ace Magashule benefactors Shantan and Vivian Reddy – Mkhwebane also declined to make findings, noting that the office of the Auditor-General and the Department of Energy are still tussling over the issue.

“It would be injudicious for the Public Protector to intervene in a process that is at such an advanced stage of deliberation. Another expert opinion would only serve to complicate and frustrate an already exhausted process. Therefore, an arbitration process would be the best way forward under the circumstances.”

The allegation that Joemat-Petterson improperly authorised the sale of South African fuel reserves, meanwhile, is the subject of a separate public protector report which will be released separately. That investigation is at an advanced stage, said Mkhwebane.

Other reports which Mkhwebane described as “imminent” deal with the Kusile and Medupi power stations, the Vrede dairy project, and VBS – although she specified that in the latter case, “our focus is on the conduct of actors within various municipalities which deposited municipal funds in the mutual bank”.

To round off the year, Mkhwebane seemed determined to focus on investigations relating to less high-profile matters. In the press conference convened to launch the reports, she praised her office’s “impact on the lives of the people at the grassroots”.

As examples of “this office’s most impactful interventions this year”, Mkhwebane cited “the case of a retired, disabled police officer, who got 41 years’ worth of pension benefits within a month of raising the matter with my office”.

Many will say that the public protector’s emphasis on these kinds of targeted cases is both appropriate and overdue. Mkhwebane’s predecessor, Thuli Madonsela, was fond of saying that the office should primarily serve as a watchdog for the rights of South Africa’s “Gogo Dlaminis”: ordinary people unjustly disadvantaged through the actions of the state.

But Mkhwebane did not leave all her recent battles out of the media briefing. She noted that whoever is appointed as the new Deputy Public Protector will require a “thick skin, because they will definitely need it to withstand all that is coming our way”.

Summing up a year in which the public protector has caused unprecedented controversy due to allegations that she has used her office as a tool to fight factional political battles, Mkhwebane said: “It was a 12-month period during which we recorded major wins but it was also a period during which we experienced a minor setback.”

The setback in question was a reference to the Constitutional Court’s judgment that Mkhwebane should personally pay 15% of the SA Reserve Bank’s challenge on her Bankorp report.

“While we respect the courts and their decisions, it remains my considered view that that decision is a threat to the independence of this office and sets a wrong precedent which will have a negative impact on my work and that of future public rotectors,” said Mkhwebane.

A day later, Mkhwebane would lose her application to appeal another judgment in which the court ordered her to personally pay a portion of legal costs – in this case, relating to the overturning of her report on the Estina dairy farm scam.

The public protector concluded her year-end briefing by extending festive greetings to the people of South Africa.

“See you in the new year so we can work together to take the services of this institution to the grassroots,” said Mkhwebane. DM