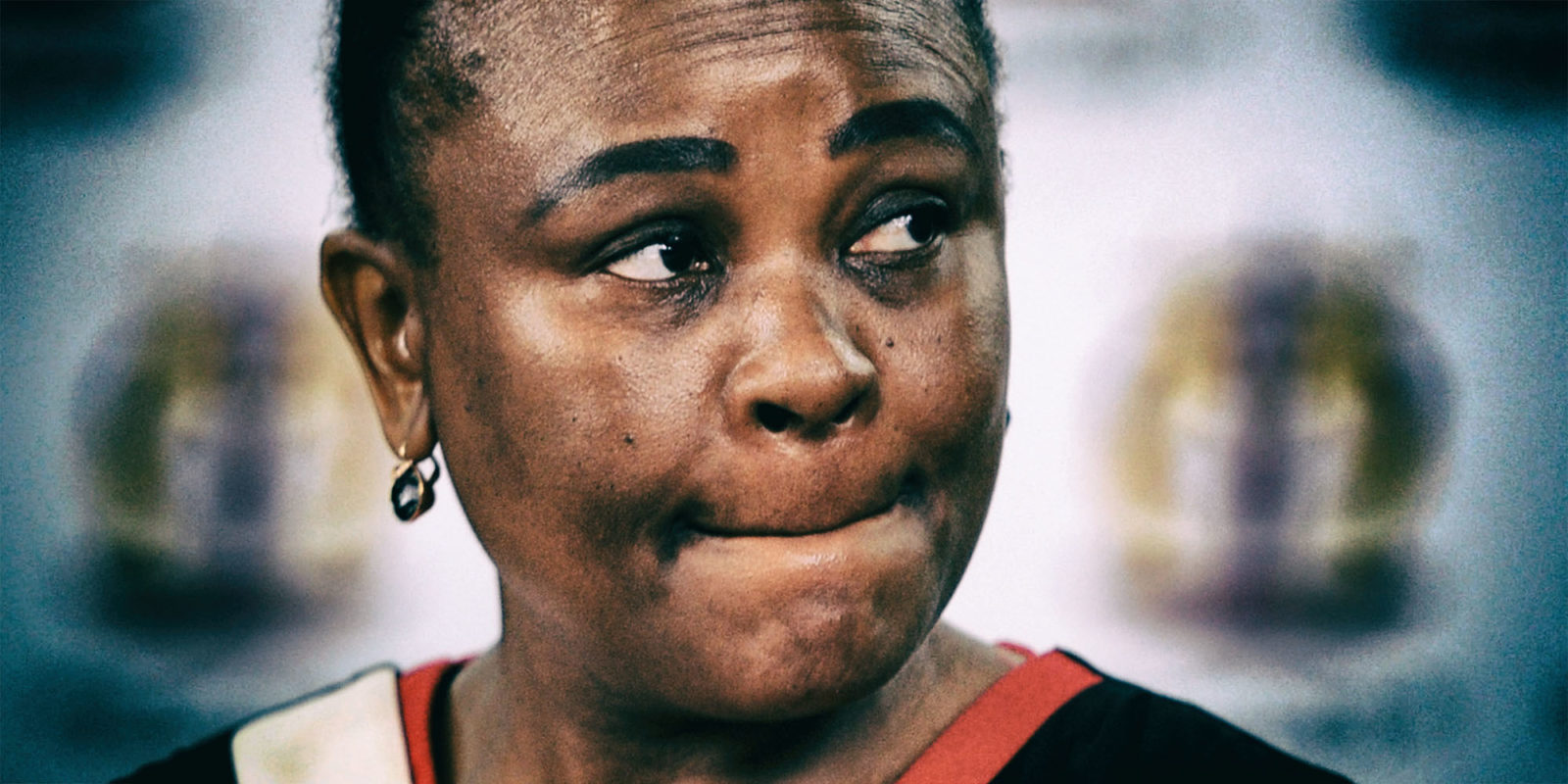 Public Protector Busisiwe Mkhwebane suffered another blow in the courts on Friday when the North Gauteng High Court threw out her application to appeal the damning judgment on her Estina dairy farm report.

Public Protector Busisiwe Mkhwebane’s bid to appeal the judgment that overturned her report on the Estina dairy farm scam has no reasonable prospect of success, would be a waste of state resources, the North Gauteng High Court ruled on Friday, 13 December.

Judge Ronel Tolmay dismissed the public protector’s application to appeal the earlier Estina judgment, one of the most damning judgments against her, which ordered Mkhwebane to personally pay a portion of the legal costs of those who took her to court, the DA and the Council for the Advancement of the South African Constitution (Casac).

The Estina dairy farm project was a Free State government initiative meant to help emerging farmers, but almost none of the R220-million allocated went to the beneficiaries while the money was siphoned off to companies connected to the Gupta family.

Mkhwebane’s February 2018 report into the scandal was criticised as a whitewash for failing to investigate the roles of Free State provincial leaders Ace Magashule and Mosebenzi Zwane in establishing the project.

“In this instance, her dereliction of her duty impacted on the rights of the poor and vulnerable in society, the very people for whom her office was essentially created,” Tolmay wrote in judgment in May 2019.

Mkhwebane’s counsel this week argued that the public protector’s office should have the discretion on who to investigate depending on the facts in each case. Finding she had failed by not investigating Magashule and Zwane would mean she must investigate each and every complaint that comes to her office.

Tolmay said the ruling did not mean she would have to investigate every complaint, but had failed to properly investigate the Estina dairy matter. She referred to prior rulings from the Constitutional Court and Supreme Court of Appeal (SCA).

“In my view, the higher courts have already ruled on the principles and these principles were applied by this court,” said Tolmay on Friday.

Mkhwebane also wanted to appeal the personal cost order. Tolmay had ordered her to pay 7.5% of both the DA and Casac’s legal fees, while her office would pay the rest.

She argued that such costs orders might be too punitive and punish her for robustly and honestly trying to uphold the Constitution. Again, Tolmay referred to precedents, noting the Constitutional Court’s ruling that Mkhwebane pay 15% of the SA Reserve Bank’s legal fees in its challenge on the Bankorp report.

“In the light of all the facts, I am of the view that in this instance too the Public Protector failed to make out a case,” said Tolmay.

In any matter, she said, the case was now moot as Mkhwebane had agreed to conduct another investigation into the Estina matter on the instruction of Parliament.

“As a result, it is not in the public interests that further resources should be spent on an issue that has become academic,” said Tolmay.

Mkhwebane can still petition the SCA directly to appeal and following the judgment on Friday, she tweeted: “Not surprised, expected this outcome from Judge Tolmay.”

DA Free State leader Roy Jankielsohn celebrated Friday’s judgment: “Today’s judgement denying the Public Protector the right to appeal the initial judgement on both merit and on the costs is a victory for the 80 beneficiaries of the project and the people of the Free State who have already been waiting for seven years for redress and justice.”

The intended beneficiaries of the Estina project spoke in April 2019 about how their dreams were dashed and replaced by a climate of fear.

On Thursday, 12 December, the public protector had a rare victory in a high-profile court case. Her office’s former chief of operations, Basani Baloyi, wanted the North Gauteng High Court to reinstate her and rule Mkhwebane had violated her constitutional duty when she was fired after she complained about how politically sensitive investigations were handled. The court said it was instead a matter for the labour courts.

The public protector’s office said the ruling vindicated Mkhwebane and showed there was no merit to allegations she abused her power and office.

National Assembly Speaker Thandi Modise is currently considering the DA’s request to begin proceedings to remove Mkhwebane when Parliament resumes in 2020. The National Assembly recently adopted rules on how a public protector, and leaders of similar institutions, can be removed. DM