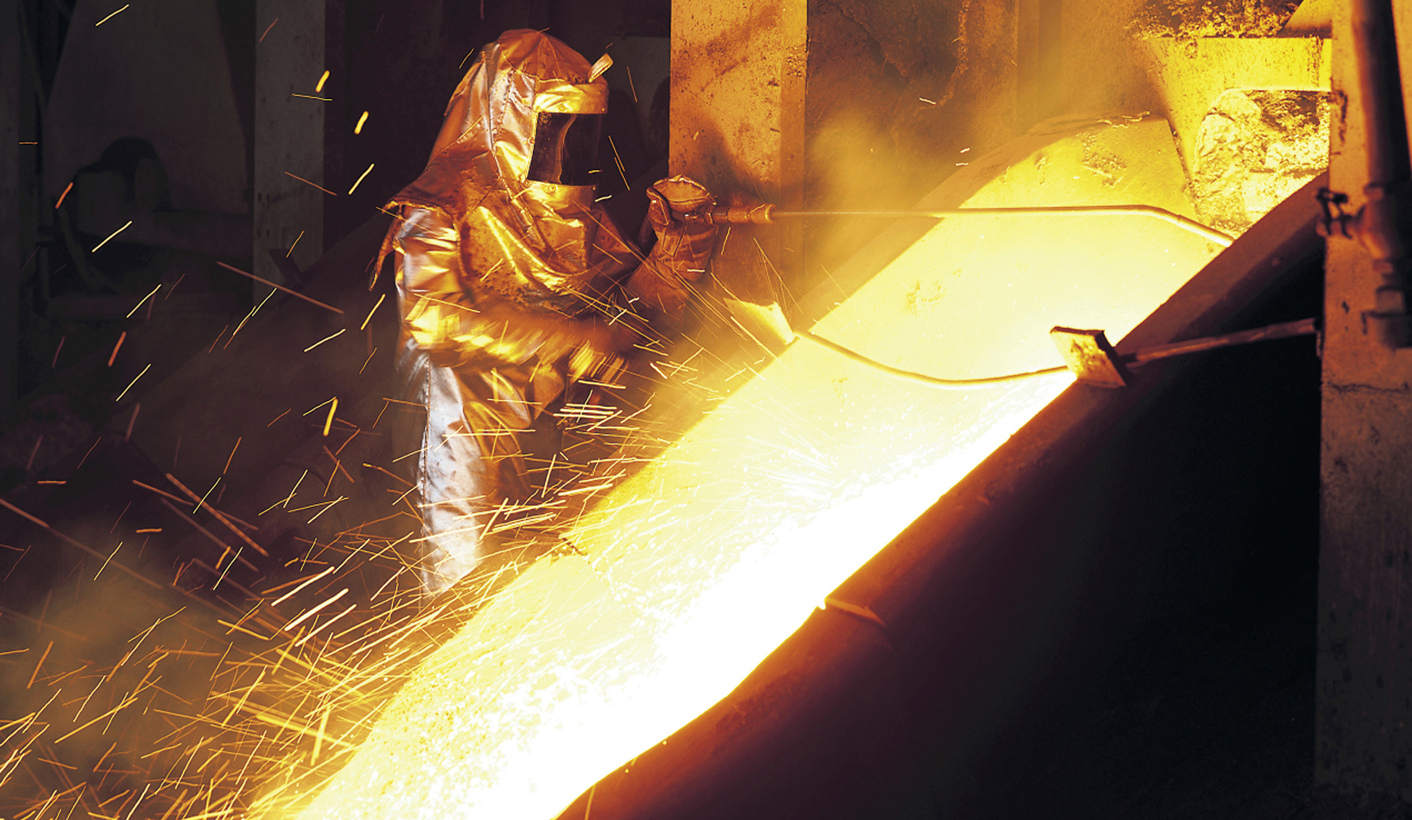 A worker tapping titanium as it comes out of a furnace at the Richards Bay Minerals smelter near Richards Bay in KwaZulu-Natal.

The government must intervene without delay as failure to do so might lead to the death of a working mine and increase unemployment, Fedusa spokesperson said.

The Federation of Unions of South Africa (Fedusa) has called on the Minister of Mineral and Energy Resources, Gwede Mantashe, to urgently intervene at violence-struck Richards Bay Minerals (RBM), which is on the verge of being closed.

Riefdah Ajam, Fedusa’s acting general secretary, sent Mantashe a letter on Thursday calling for him to intervene. Fedusa has more than 500,000 members and its affiliated union, the United Association of South Africa (UASA), represents 410 workers out of 1,800 employees at RBM.

“We are pleading with the Department of Mineral Resources and Energy…to urgently assist in this matter and stop the lawlessness that could result in RBM becoming a sunset mine. The local economy in Richards Bay is at stake,” she wrote in the letter.

Nathi Shabangu, Mantashe’s spokesperson, said he wasn’t yet aware of Fedusa’s letter and so couldn’t comment. However, sources close to Fedusa said they were hopeful that Mantashe would visit RBM this week.

Daily Maverick has pictures of a bullet-riddled bus at RBM as well as a photo of blood inside a van where a bullet hit an RBM staff member, Thulani Radebe, who ended up in a hospital. A contract worker was also injured in the violence in a separate incident.

Werner Duvenhage, RBM MD, said in a note to staff this week that Radebe was “recovering well”.

“I was able to visit him in hospital today… The fact that this incident happened is unacceptable,” Duvenhage said.

Ajam wrote that as a result of the shutdown of the plant, permanent employees had been forced to go on compulsory leave for “an indefinite period”.

RBM sent its staff a note this week saying that employees not engaged in the care and maintenance of the mine would not be paid, as the principle of “no work, no pay” would apply.

During the compulsory leave, employees would use their annual leave, and up to five days would be given to employees “without enough leave”, the company said.

Ajam said: “We cannot afford to have the 1,800 employees plus [about 2,000] contractors sent on compulsory indefinite leave. Also, putting the mine under care and maintenance will signal the end of mining at that facility as it would take the furnaces approximately six months to become fully operational again after they’ve been turned off.”

Employees at the operation are very concerned that an extended shutdown could result in RBM embarking on a restructuring process that would lead to job losses.

Muzikayise Zakwe, National Union of Mineworkers’ KwaZulu-Natal regional secretary, said: “If the government doesn’t intervene there could be a huge possibility of job losses.”

The worries about job losses come amid a sky-high national unemployment rate of 29.1% and a local economy that is contracting.

Ajam wrote that the unrest has been going on for almost two weeks.

She said RBM employees were being attacked and shot at while travelling to work.

“Others are being followed home and intimidated by the community protest leaders not to go back to work,” Ajam wrote.

The violence aimed at mines and their employees is prevalent throughout South Africa. Platinum mines on the eastern part of South Africa are particularly vulnerable to this unrest.

The community disorder has flared up for many years and disrupted RBM operations several times. This unrest caused the mine to shut in July 2018 and May 2016. During the disturbance in July 2018 a security officer was killed, Bloomberg reported.

The increasing unrest and disruption to mines come amid high levels of poverty and extreme inequality. Mines are often the only major employer in an area, making them the target for those looking for work.

RBM operates on tribal land belonging to the Mbuyazi clan in KwaMbonambi near Richards Bay.

“Rio Tinto… once made a settlement payment to the then leader Inkosi Mtholeni Mbuyazi, but after his passing, a leadership vacuum was created, resulting in a quarrel over the throne and subsequently led to disturbances at RBM,” Ajam wrote.

The leadership battle is between Sithembile Mbuyazi, the widow of the late deposed chief, Sibusiso Mbuyazi, and the administrator of the clan, Martin Mbuyazi, who was appointed chief in 2017 by Premier Willies Mchunu in a bid to stop the fighting, according to Independent Online.

Stanford Mazhindu, a UASA spokesperson, said the future of RBM was hanging in the balance as there was no sign of an end to the violence. “UASA would hate to see a mine that helps boost the local economy shut its door,” he said.

The government must intervene without delay as failure to do so might lead to the death of a working mine and increase unemployment, Mazhindu said.

Rio Tinto said it had stopped construction of the $463-million (R6.8-billion) Zulti South project as part of the general halt to operations at RBM.