Evidence of IPID cover-up mounts, but Joemat-Pettersson declines to act

By Daneel Knoetze for Viewfinder• 5 December 2019 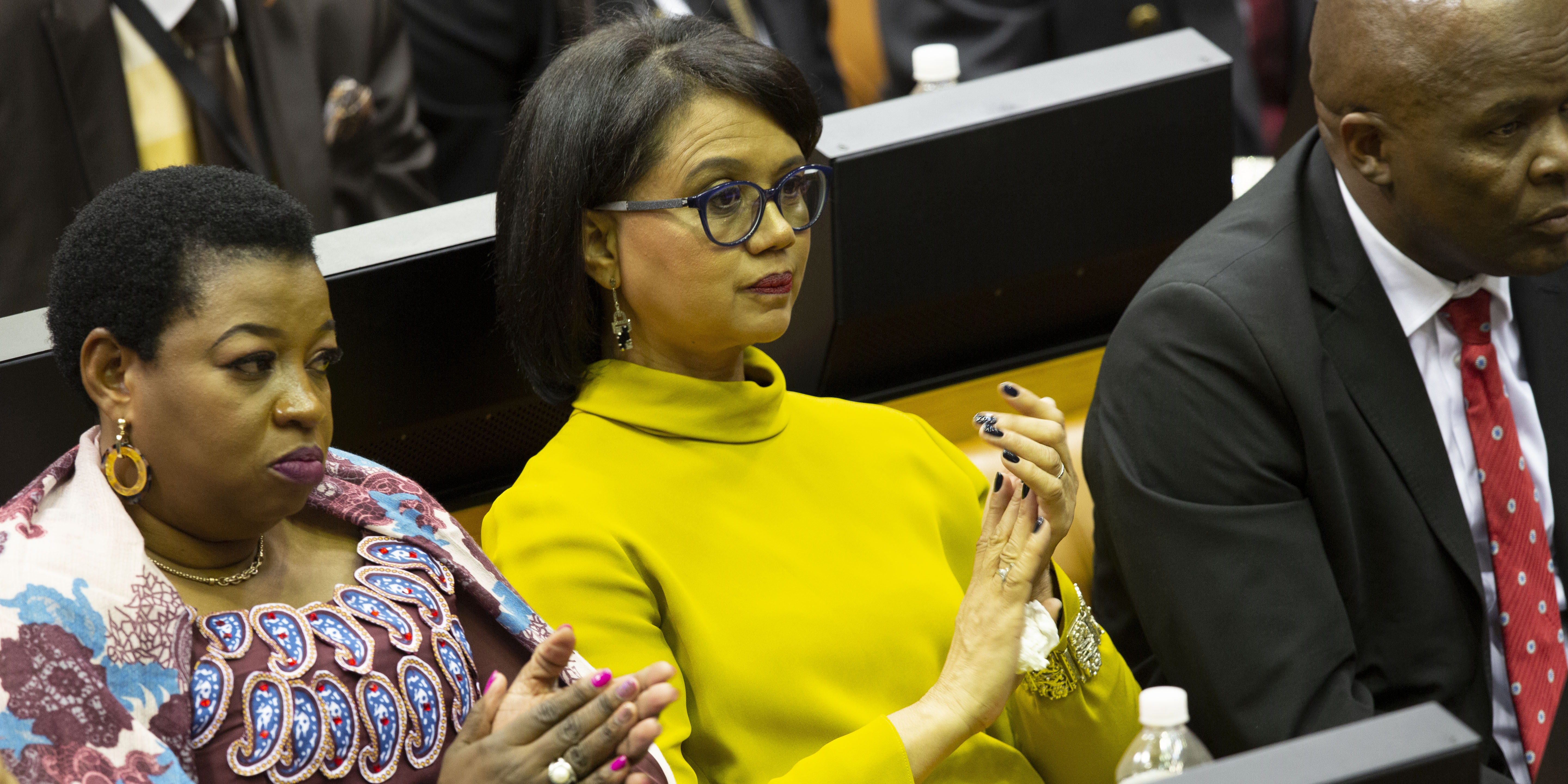 In spite of calls from MPs for an independent investigation into the cover-up, the chair of Parliament’s Portfolio Committee on Policing, Tina Joemat-Pettersson, indicated that she will not take direct action to hold IPID accountable.

On 2 October 2016 the police arrested Alfred Thompson, a 54-year-old man, for being “drunk in public” in Vredendal in the Western Cape. It was recorded in the Independent Police Investigative Directorate’s (IPID) register that Thompson “did not wake up” when officers came to release him the next morning. According to this register, Thompson died in the town hospital soon after. Three weeks later an IPID investigator changed the status of the case from “active” to “complete” on the case management system.

There was just one problem: the investigation was not complete. The case file was missing a compulsory document upon which the completion of any “death in police custody” investigation hinges: a post-mortem report.

In May the following year, the auditor-general of South Africa (AGSA) alerted IPID head office to this fact. IPID Western Cape head Thabo Leholo admitted the “error” and explained that the case worker had established that Thompson had sustained injuries before he was detained. IPID later included the post-mortem report in the case file.

The case demonstrates that IPID investigators may bring cases to “completion” while sidestepping compulsory procedures. In theory, the “completed” status means that a “quality investigation” was done. Such cases should then be handed over to State prosecutors for a “decision” about whether or not to prosecute the police officers involved. As such, completed cases are also known as “decision ready”.

In Thompson’s case, the investigator approved the “completion” of a case in which he was also the case worker. This was prohibited by procedural safeguards.

Last month, Viewfinder published whistle-blower reports and other evidence which showed that such short cuts were systemic, widespread across South Africa and had evolved over many years. The practice amounted to an obstruction of justice for victims of violent crimes by police officers such as rape, torture, assault and killings. The victims are often from poor and vulnerable communities.

IPID was due to present its response at a meeting with Parliament’s Portfolio Committee on Policing last week. The committee is chaired by Tina Joemat-Pettersson.

But instead, IPID discussed an internal investigation which focused on a relatively small sample of cases. Management acknowledged that these cases, dubbed “special closures”, were tainted by claims of fraud and manipulation. But there was no reference to allegations that “decision-ready” cases – like the one of Thompson’s death in custody – were also manipulated.

When challenged on this omission, IPID’s national head of investigations, Matthews Sesoko, implored the committee to trust in the directorate’s reported performance of “decision-ready” cases. He said that the auditor-general vetted these performance statistics and, as such, they were accurate.

The auditor-general also warned that cases described as decision ready might not meet “the requirements as per the Standard Operating Procedures” because all the necessary evidence might not have been obtained. This might also result in an overstatement of performance, the auditor-general concluded.

Viewfinder’s first article exposed one such “decision-ready” case. The 2015 death of 17-year-old Austin Goliath in a Piketberg police cell was included in performance statistics. Yet compulsory documentation was outstanding.

IPID management has been aware of the whistle-blower reports published by Viewfinder for years. Some whistle-blowers have alleged that management encouraged the manipulation of the data, in a scramble to meet statistical report deadlines.

This year, former executive director Robert McBride also said at the Zondo Commission that reports of improved performance at IPID, during his suspension in 2015 and 2016, were a “blatant lie”.

However, IPID management confirmed to the committee last week that the investigation into the period of McBride’s suspension did not extend to “decision-ready” cases. IPID management did not tackle findings that statistical manipulation was systemic, and widespread across South Africa. Instead, the presentation focused on a relatively small sample of cases that were, according to whistle-blowers, fraudulently closed.

In spite of this and calls from other MPs for an independent investigation into the cover-up, committee chair Joemat-Pettersson indicated that she will not take direct action to hold IPID accountable.

However, in spite of the narrow scope, IPID reported that the investigation had indeed uncovered cases that were closed without proper investigation. This is a break with IPID’s former position: that management had seen “no evidence” of statistical manipulation during the 2015/16 financial year.

To date, IPID management has ignored queries from Viewfinder. Joemat-Pettersson also failed to respond to a request for an interview for her to elucidate why she thinks that the committee need not take direct action in relation to the cover-up at IPID. MC

This article first appeared in Viewfinder.