Looking at HIV Through Positive Eyes 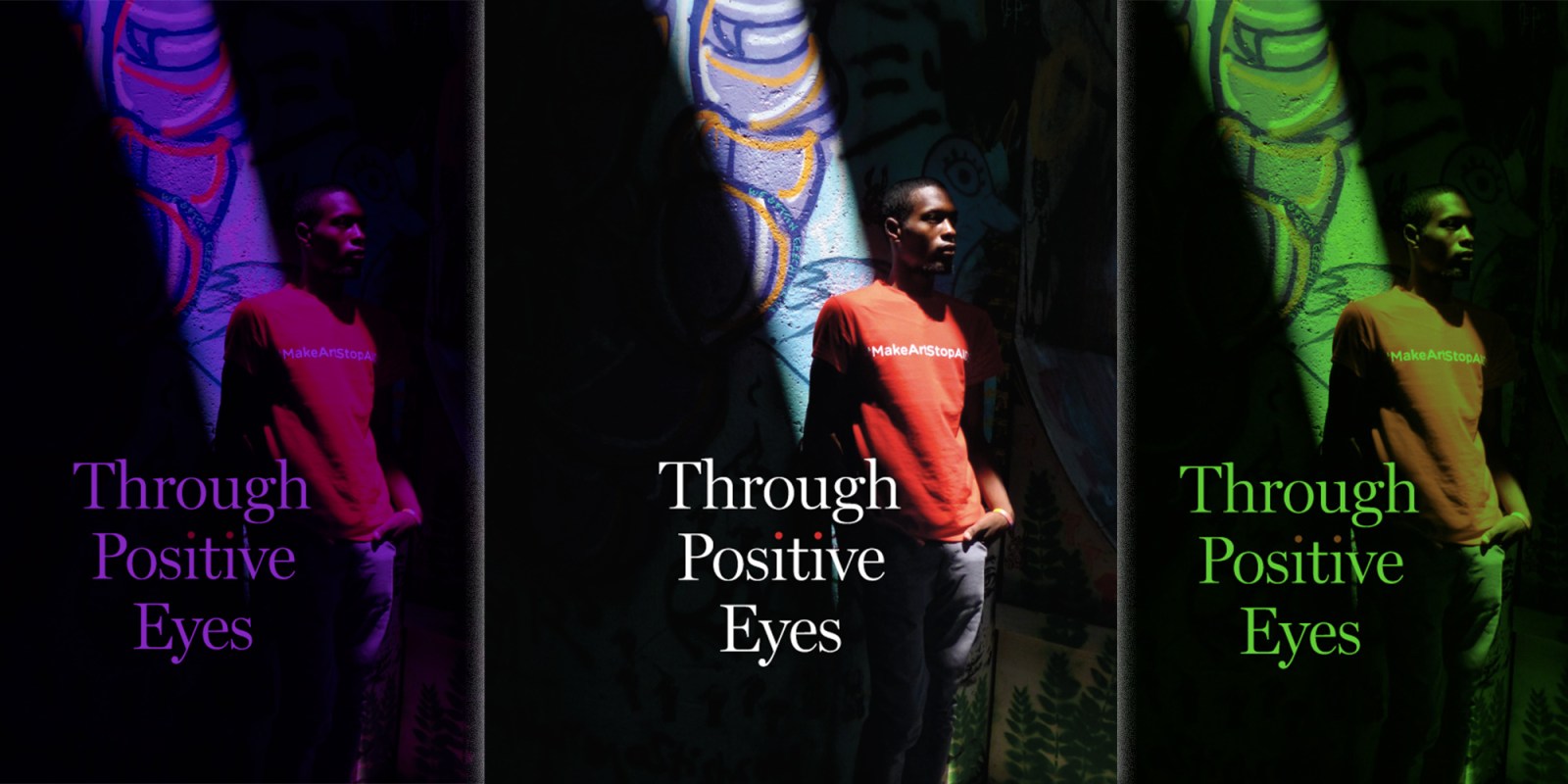 Photographer and social justice activist Gideon Mendel has over the years used his talent to draw attention to many global challenges, more recently the world climate disaster. However, one of the issues close to Mendel’s heart has been the HIV epidemic and the daily battles of folk living with the disease. Mendel was there in the early days of the South African epidemic, documenting the lives of those at the coalface of the battle for access to lifesaving treatment.

Through Positive Eyes is a collaborative photo-storytelling project by 130 people living with HIV and Aids around the world. All have participated in workshops led by Mendel, with photo educator Crispin Hughes, and David Gere, director of the Art & Global Health Centre at the University of California—Los Angeles. The project chronicles a very particular moment in the epidemic, when effective treatment is available to some, not all, and when the enduring stigma associated with HIV and Aids has become entrenched, a major roadblock to both prevention and treatment. The participants in the project have volunteered to tell their stories, in words and in photographs, empowering themselves in order to banish the stigma.

Mendel and Grere have published a photo essay book that chronicles the 130 stories of these ordinary people living with HIV from all over the world. The book attempts to dismantle this stigma by showing that the face of the disease is universal and letting the people featured voluntarily share their own stories of living with HIV. Maverick Citizen is publishing three extracts from Through Positive Eyes.

If I weren’t HIV-positive, I probably would have been sitting in an office typing away at a computer, day in and day out. Living with HIV has helped me bring out the creative side of myself.

I moved from Liverpool to London in the late Eighties, looking for a different life and excitement and somebody to love. When I arrived, I found what I was looking for in abundance. It was everywhere.

I was quite promiscuous. I’d gone to the clinic to be checked for gonorrhoea, which I had passed on to my partner. While I was there, I decided to go for an HIV test. The doctor basically turned around and said: “I’m afraid to tell you this, but you’re HIV-positive.” My head was so mixed up, I wasn’t sure what was happening to me and where I was going. I thought I was going to die. I ended up on the streets for a while. I had nowhere to live.

I came across an organisation for people living with HIV and Aids that put me back on my feet. It was the best thing I ever did. Coming out to my family was one of the hardest things I ever did, because you’re telling them basically that you’ve got a death sentence, which HIV was in 1992. Luckily enough, I’m still here. I managed to see life through and I’ve had such a fantastic time getting here. My family has all been so supportive.

Being optimistic about my HIV has been something that helped me through my life. It has given me the ability to go out and live a fruitful life. If I weren’t HIV-positive, I probably would have been sitting in an office typing away at a computer, day in and day out.

Living with HIV has helped me bring out the creative side of myself. HIV makes you become a different person. I’m HIV-positive and I love myself for being HIV-positive. It has made me who I am today.

The first time I dressed as a woman I felt I was another person. My gestures no longer provoked laughter. I don’t care any longer about the way others react. No matter what I do, I am a person who matters.

Ilsa is the name I have given myself. Now that I am 18 years old, I feel empowered and my decisions are legally recognised. What I want is to feel fulfilled and productive, in order to take the next step toward becoming a transgender woman.

I wish my family understood me better, but we became distant from each other when I told them I was gay and that I liked to dress as a woman. At that time, I didn’t want to live any more, I didn’t take care of myself. That included not wearing condoms, but also not feeding myself. I felt I was just causing problems.

I lost weight until I got sick and ended up at the hospital, where they administered an HIV test. I was 16 years old. The doctor informed my parents of the diagnosis. To them, it was harder to learn that I had HIV than to learn that I was trans, although they think that one thing led to the other.

I grew up in group homes. At quiet moments, I used to stare out the window and think where I’d be in the next five or 10 years’ time.

I’m an outgoing person. I love ice cream. I love to dress up. I love high heels. I love to dance. And I am HIV-positive.

At birth, I was taken away from my mother, due to the fact she was mentally unstable. I grew up in group homes. It was fun living with my own age group, with only one or two house mothers around. We had lots of fun.

As time went on, I was put in a foster home where I was badly abused. It was a difficult time for me, the hardest of my life. I felt like my childhood had been taken away from me. Eventually I was taken out of that home and placed into another. Luckily, my new foster mother treated me like a real daughter, like I was a precious egg.

Then, sadly, she died, and my life turned upside down. I was put in another foster home where, once again, I was met with abuse. In my fear, anxiety, and depression, I turned to drugs and alcohol. I just took it until I couldn’t take it any more. Eventually I spoke up and was removed from that home.

That is when, in 2008, I found out I was HIV-positive. I continued using alcohol and drugs, and I had two children. The first one I gave up for adoption because I felt my life was so upside down I couldn’t look after her. The second one I decided to keep because I was a bit more mature. And I saw life from a different perspective. The day the doctor put her in my arms, I fell in love with her.

On 1 January 2016, I decided to change my life. I decided to give my heart to the Lord. Many things changed for me. Now I have so many opportunities to do things I’ve never done before. I feel like it’s just been a turnaround in my life. MC