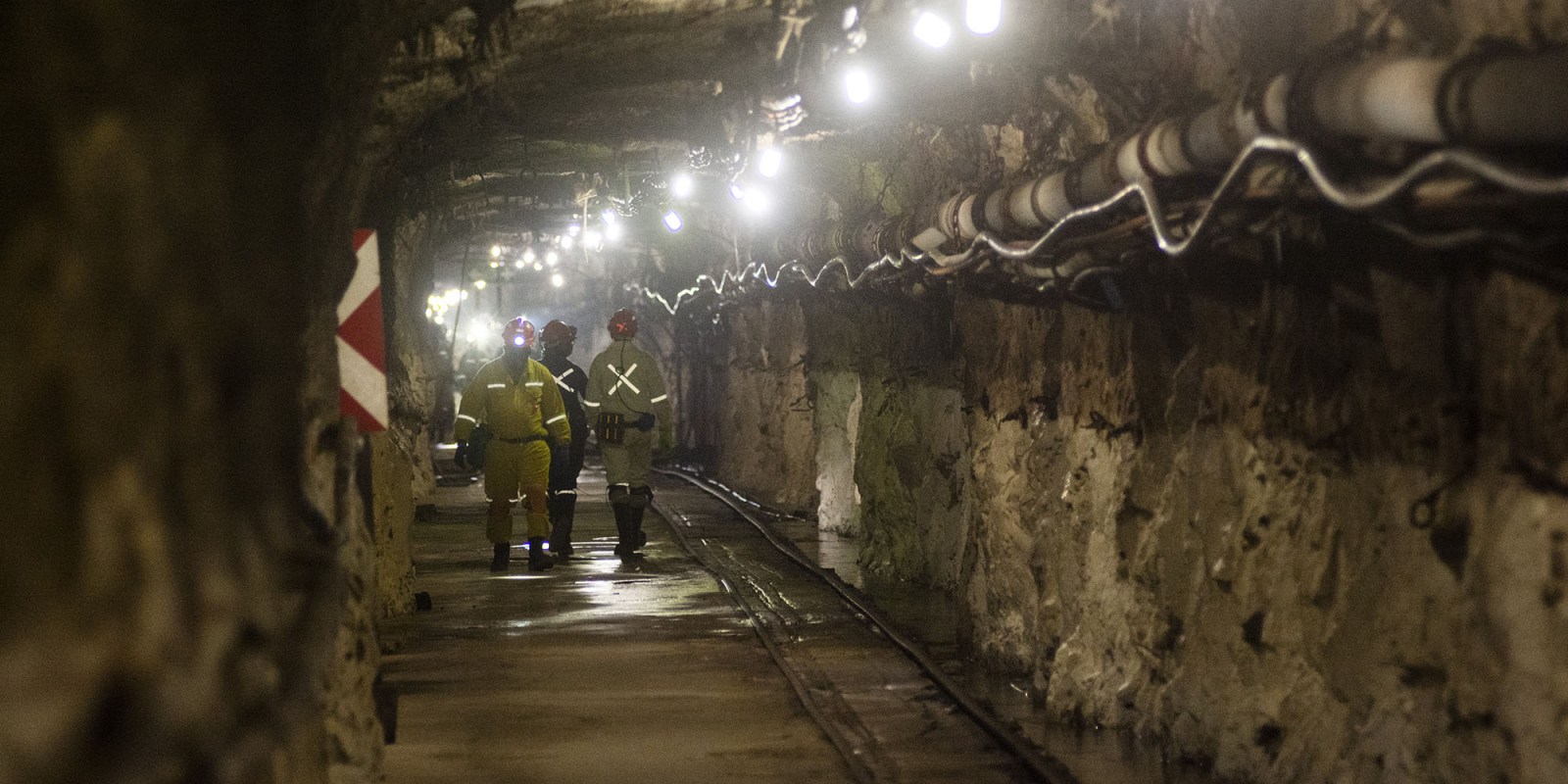 Mining firms in South Africa’s former homelands have learnt the hard way: If you bypass communities and cut deals with tribal chiefs, protests can bring your operation to its knees. So what does the ANC-led government do? Blithely ignoring recent history, it has given chiefs the power to cut such deals.

The Traditional and Khoi San Leadership Act, signed last week by President Cyril Ramaphosa, is a setback to the administration’s stated objective of attracting investment into South Africa’s moribund economy.

Blithely ignoring recent history, when it comes into effect it will entrench into law a policy that has been a proven commercial failure, namely allowing mining companies to cut deals directly with traditional authorities in the apartheid relics that are the former bantustans. It is utter madness that can only be explained by the influence traditional leaders wield within the ANC.

It is an irony of history that much of South Africa’s platinum and chrome reserves are found in the old homelands, which were among apartheid’s bedrocks. They are where the rich geology beneath the surface meets head-on with political and social pressures unfolding above ground. Like tectonic plates, when these forces collide, the result is upheaval.

The track record of such deals thus far emit a big flashing red light, and mining companies have learned the hard way that it is better to involve communities more widely than just going through the traditional leaders to gain access to coveted deposits. A couple of examples forcefully underline this point.

One involves Anglo American Platinum (Amplats), which had set up a R175-million community trust, the Mapela Trust, to fund development projects for communities in Limpopo province around the mechanised Mogalakwena operation, the company’s main cash spinner. Local communities complained that they had not been properly consulted, that the trust lacked transparency, and that it vested too much power in the local chief, known as Kgoshi. That triggered bouts of unrest that sometimes shut the mine down.

Early in 2018 Amplats proposed restructuring the trust to lend more transparency to it and dilute the Kgoshi’s ability to direct funds. Amplats, in response to questions from Business Maverick, said the final version is still being worked out.

“Our aim is to ensure that our host communities benefit fairly and in a transparent manner from our operations at Mogalakwena,” the company said.

This highlights the uncertainty that can ensue from such deals.

Impala Platinum (Implats) has also seen such deals come unstuck and in ways that hit the bottom line. In 2017, Implats was on the verge of shutting its Marula mine down after community protests cost it 10,000 out of almost 80,000 ounces of planned production. A chrome project Implats had established with a tribal council sparked unrest from local residents who felt excluded. The tribal council has since acted in a more transparent manner about the business and revenue flow, dampening the unrest and allowing Marula to operate on a viable basis.

Major companies have found themselves going back to the drawing board on such matters, after losing production and revenue. The lesson is clear: don’t just deal with the chiefs, and open up community consultations in a broad and transparent manner.

The act that now bears the president’s signature allows tribal authorities to sign such deals, formalising a process that has proven to be shambolic. There are clauses requiring some community consultation. Vaguely, such deals are also supposed “to be beneficial to the community represented by such council”.

Critics, such as Aninka Claassens, chief researcher at UCT’s Land and Accountability Research Centre (LARC), say this is window dressing. It does not require proper consent from affected land right holders.

In a press statement, LARC said the act means “that traditional leaders and councils can sign deals with investment companies without obtaining the consent of those whose land rights are directly affected. No prior law in South African history, even during colonialism and apartheid, has enabled traditional leaders to dispossess people of their land rights without either their consent, or expropriation”.

The act also has confusing clauses. Mining or other deals struck by a traditional council are “subject to ratification by the premier of the province in which the relevant council is situated”.

Human rights lawyer Richard Spoor told Business Maverick that this adds “a huge layer of uncertainty around it, it is a just a general and vague power to contract which will be assessed by the premier. It adds more confusion, not less. Who in their right mind will try and do any business with such traditional councils?”

Which is not what affected communities and the mining industry need right now — more policy uncertainty. It is not even clear when the act will come into effect. It says it will come “into operation on the date to be determined by the President by proclamation in the Gazette”. So the commencement date has yet to be announced, adding to the uncertainty. And when it comes into effect, it is likely to face legal challenges.

The stakes are huge. According to LARC’s estimates, nearly 60% of the B-BBEE community share ownership schemes in the PGM mining sector have established trusts or other entities with traditional leaders.

Add to this that the platinum belt is a flashpoint of unrest, in part because of such deals. As we reported in November, in the face of escalating community unrest on the eastern limb of the platinum belt, the Minerals Council and the police plan to set up a joint operations centre in the region. According to Minerals Council data, in 2018 there were about 260 incidents of social unrest in the region that impacted on mining operations, and in the first six months of 2019, a jaw-dropping 330.

The provisions of this act could further fan the flames of discontent in the region. Policy uncertainty, potential legal challenges, social unrest, with the land rights of downtrodden rural residents trampled upon — that doesn’t sound like a conducive investment environment. BM