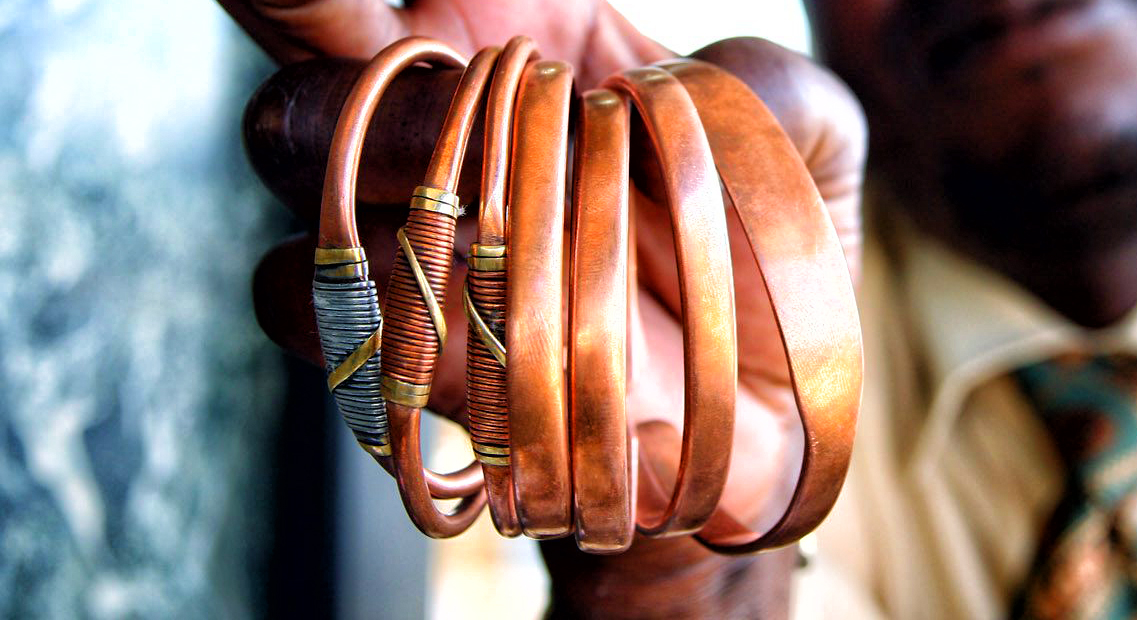 October 2008. Zambia. Mr. Christopher Kamuhuza shows the Zambian copper that he sells to feed his wife and 5 children. Copper is Zambia's biggest export.

Rio Tinto Group has joined the contest for Zambia’s number one copper miner, First Quantum Minerals, which recently ceded 20% of its shares to the Chinese state-owned Jiangxi Copper Company.

A senior executive who was privy to the discussions confirmed that the Anglo-Australian mining giant was looking at several options, including purchasing the entire company, that would put a brake on what many regard as a pending take-over by Jiangxi.

The discussions come amid a shake-up in the global copper market including a move by Chinese companies to take an effective lock on the strategically important central African copper-belt, which spans Katanga province in the Democratic Republic of Congo and Zambia’s Copperbelt province.

Via its Kanshansi and Sentinel mining operations, First Quantum Minerals (FQM) is the largest producer of copper in Zambia, a domain where Chinese companies are keen to increase their stake. The company also has operations in Panama, Argentina, Turkey, Spain and Finland.

The move by Rio, which is looking to increase its copper holdings, would be against the grain as a number of big western players on the Zambian and Congolese side of the copper-belt are exiting in favour of Chinese companies.

On 17 October shares in Toronto-listed First Quantum soared after the investment firm Pangea Investment Management Ltd, backed by Jiangxi, increased its stake in the company to 10.8% and entered a forward contract providing it with the option to buy another 40 million shares, which would bring Jiangxi’s stake close to 20%.

In September, after disclosures in the media, FQM President G Clive Newell confirmed the sale of a minority interest in FQM’s Zambian assets.

Though FQM denied that a company takeover had been discussed, the sale of a significant block of shares to a Chinese company signalled that FQM could be ripe for a take-over. Twenty percent of FQM’s equity in the Zambian mines is held by the state-owned ZCCM-Investment Holdings. Facing large debt repayments to China, discussions have been held about selling the government’s stake in Zambia’s copper producers to Chinese companies.

Such a move would bring Jiangxi close to 40% ownership in FQM’s Zambian operations and within striking distance of control.

ZCCM-IH has already sought to liquidate KCM, owned by the Indian company Vedanta, claiming that it is lying about expansion plans and is paying too little tax. However, this move, which was reportedly intended to flip the asset to a Chinese company, has been held up by arbitration and the sale is on hold.

In the DRC, China Molybdenum has already acquired the largest producer, Tenke Fungurume, from Freeport McMoran. Zijin Mining holds a 39.6% interest in the Kamoa-Kakula joint venture. (Zijin has no direct interest in the Kipushi project and holds a pro-forma 13.88% equity holding in Ivanhoe Mines.) Eurasian Resources Group has announced that it wants to sell its Frontier copper mine and has been talking to a range of Chinese suitors.

The largest remaining western producers left standing on the copper-belt would then be Glencore and FQM.

Glencore, under investigation by the US Department of Justice for bribery and corruption in the DRC, recently mothballed its cobalt-rich Mutanda mine, and has also been reported to be gearing its assets in DRC and Zambia for a sale.

Rio is a global player with operations in a number of base metals, uranium and diamonds but its portfolio remains heavily weighted toward iron ore. The company is a major producer of copper in Chile — where unrest has cut production — and the US. It also holds a stake in Oyu Tolgoi in Mongolia, reputed to be the largest copper and gold deposits in the world. But copper is a small part of the company’s overall revenues.

Rio is said to be ready to accept a $3.5-billion deal with Indonesia for its interest in the giant Grasberg operation, paving the way for an end to a protracted, three-way wrangle involving the Indonesian state mining company and Freeport McMoran over the world’s No 2 copper mine.

Released from Indonesia, FQM could provide a significant buying opportunity for Rio.

One source who is close to the discussions said one option that has been discussed is a back-to-back sale of the company in which the assets are split between Rio and Jiangxi. Rio’s portfolio of projects shows that it has a very light engagement in sub-Saharan Africa.

Rio would get FQM’s Panama and Argentina assets and the Chinese would get Zambia, Turkey and Mauritania, the source who is familiar with the discussions said. The value would be split down the middle.

The source said Rio was also looking at Freeport McMoran, the world’s largest copper producer, which is regarded as a very likely target for takeover. This possibility has been widely speculated in Australian media. DM