16 Days of Activism: Attitude and caring is key 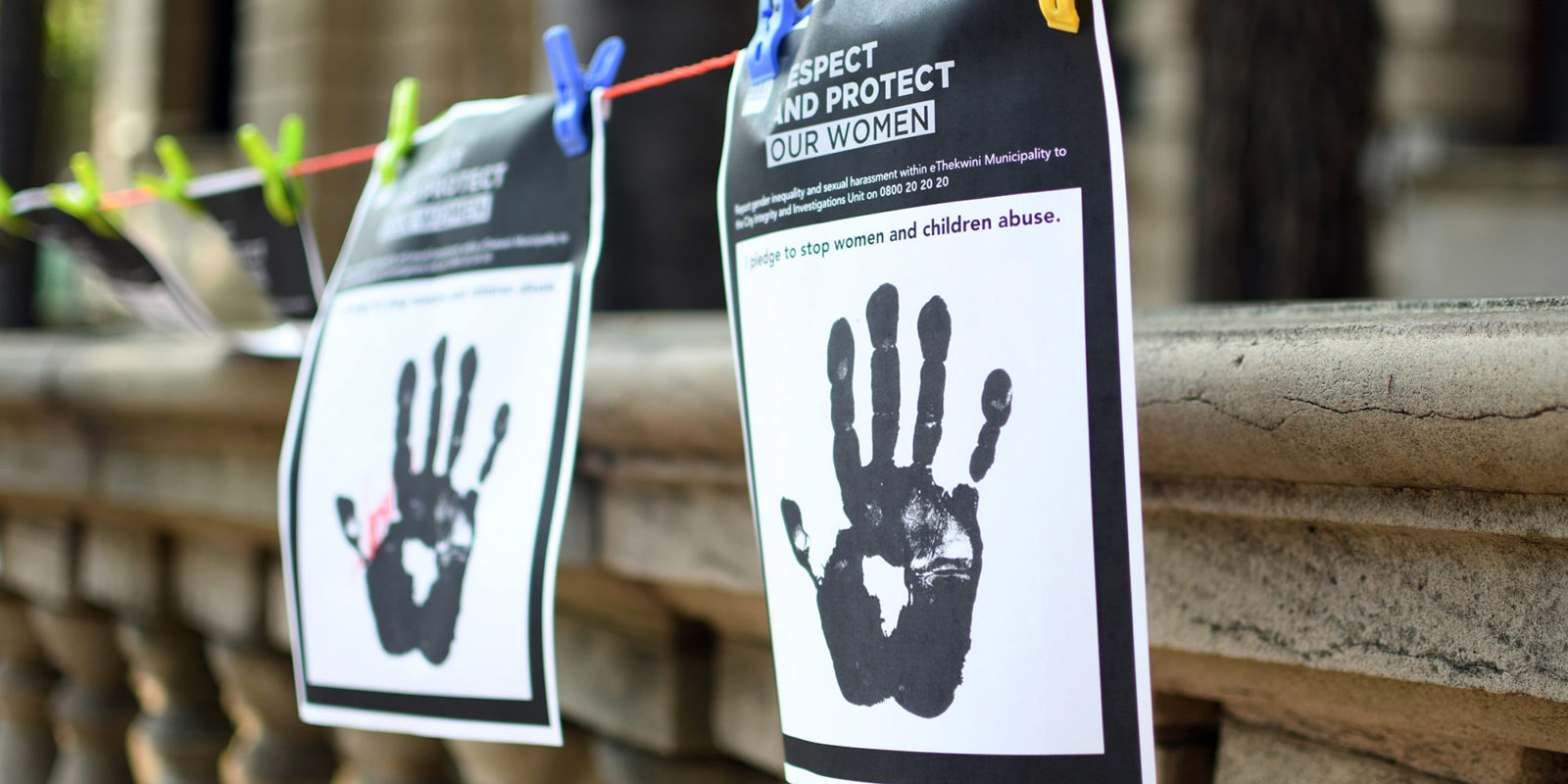 Are symbolic gestures enough? Should we not be doing more to combat gender-based violence, asks the writer. (Photo: Darren Stewart / Gallo Images)

How can we break the cycle of bad influences resulting in violence and abuse? How can we interrupt the process of elevating patriarchal and misogynistic role models?

The international awareness campaign “16 Days of Activism against Gender-Based Violence”, taking place from 25 November to 10 December 2019, provides an appropriate opportunity for higher education institutions to reflect on a crucial issue touching the lives of many women across the country – and the world.

This year has been another challenging one when it comes to violence in general, and specifically gender-based violence in higher education.

These were painful reminders of the pervasive misogyny and patriarchal violence that impedes the freedom of women in South Africa.

As in the rest of the country, students, staff members and stakeholders of the University of the Free State (UFS) showed up en masse in response, dressed in black, to demonstrate their outrage at gender-based violence in a silent march on our Bloemfontein campus in September. The sincerity and fervour of the marchers – women and men – was inspiring.

But the question is: Are these symbolic gestures enough? Should we not be doing more?

Apart from all the discussions, demonstrations and denouncements, is there not something we can do to physically fight this scourge?

It is significant that demonstrators across the country were wearing black. Traditionally, this is the colour of mourning and loss. It symbolises not only the loss of life and opportunity such incidents cause, but also a loss of trust, innocence and carefreeness for the wider community and potential victims everywhere.

It is sad to see so many young people in mourning. After all, one’s study years are supposed to be some of the happiest years. It is heartbreaking that gender-based violence can make them traumatic.

Post-school years are supposed to be a time when young people resolve not only what they want to become – in terms of career options – but also who they want to become. It is a time to sort out your approach to life and other people and find your own place in the world; a time to determine your values – the things that will form the bedrock of who you are. But too often young people fall back on imperfect role models found in their communities and in celebrity circles, where violence and selfish interests are elevated.

How can we break this cycle of bad influences resulting in violence and abuse? How can we interrupt the process of elevating patriarchal and misogynistic role models?

I have often said a university or other institution of higher learning should be a microcosm of what our society should look like. Not because it is perfect and never makes mistakes, but because it is founded on principles of equality, tolerance, excellence, diversity, community upliftment and forward-thinking – striving for social justice in everything it does.

While students are on our campuses, we have a unique window of opportunity to influence and guide these young people at a time when they make crucial decisions about the rest of their lives.

Two stories at the UFS this year reminded me of the powerful effect deliberate acts of caring can have.

Story 1: A second-year BA journalism student, Precious Lesupi, decided to use her 21st birthday celebrations as an opportunity to give back to the communities around her. Not only did she spend the day at the Sunflower Children’s Hospice in Bloemfontein, with children afflicted with life-threatening and life-limiting conditions, she also encouraged friends and relatives not to buy her gifts but rather make donations towards children battling terminal and chronic illnesses.

Story 2: A lecturer in our Department of Architecture, Hein Raubenheimer, reached out to a colleague who had just acquired a plot of land in an informal settlement. He got other lecturers and students involved by initiating an interdisciplinary research project and a building-supplies donation drive, in order to build a beautiful, eco-friendly home for his grateful colleague.

These two Kovsies did not stop at talking about solutions. They got physically involved – through deliberate acts of caring and, in the process, did something about the devastating impact of abuse and neglect we have become so used to.

It is an approach that can extend so much further than just interpersonal relationships.

On a community level, it can culminate in an attitude of looking out for one another’s interests. The practical outflow of this is that people will get involved when they see someone caught up in an unhealthy relationship, venturing into a dangerous area or being harmed in some way. Because they truly care about one another. It is about reaching out and arming one another – not only with information and encouragement, but also with physical support.

The power of caring communities

In the words of American author and organisational behaviour expert Margaret J Wheatley: “There is no power for change greater than a community discovering what it cares about.”

I believe our response to the violence and indifference that threatens to engulf our higher-education campuses should be to fight it with a renewed sense of ubuntu – translating into real, deliberate acts of caring and kindness. DM