So, tell me: What’s your story?

Storytelling is a way to better understand each other and build empathy and, according to researchers, fiction seems to be more effective at changing beliefs than interventions that are specifically designed to persuade through argument and evidence. Knowing this is an opportunity for building social cohesion in South Africa and there’s an organisation doing just that – at scale. 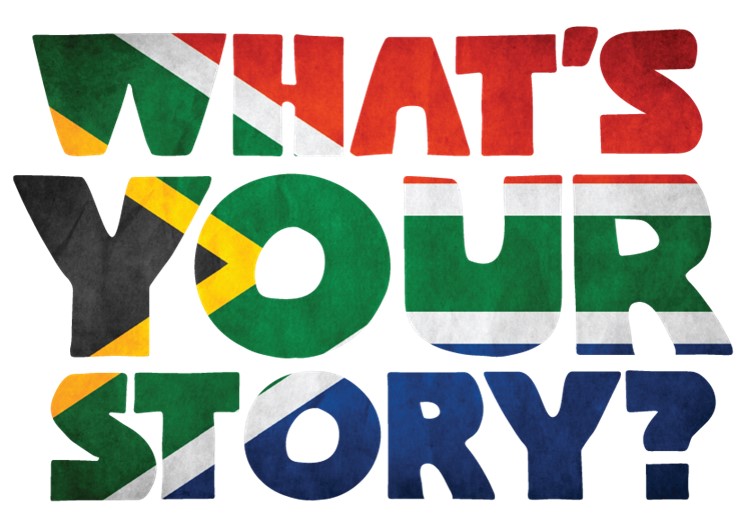 South Africans have recently been on a roller coaster of highs and lows. We sank to new lows as gender-based violence and xenophobic attacks grabbed headlines, only to climb the highest of highs as our Springboks inspired the nation with their win and #StrongerTogether message.

Heartlines (a social change NGO), has been investigating what would help South Africans overcome the “othering” that is a legacy of our apartheid past. International research by academics such as Daniel Batson and Owen Hargie indicates that a lack of empathy in society is closely associated with an increase in “othering” and a resultant increase in violence, stress, miscommunication and an unwillingness to make compromises.

We have sought to test different practical ways to build empathy and developed a programme entitled “What’s Your Story?”.

“What’s Your Story?” focuses on the use of personal storytelling to touch hearts, change attitudes and transform behaviour. The programme creates the space for individuals in different environments (work, church, schools and communities) to share their personal stories in an intentional manner. In doing so, “What’s Your Story?” focuses on moving individuals away from “othering” to become curious about one another and to understand, and even appreciate, difference better.

This gives practical expression to what we have called the ASK.LISTEN.TELL approach. In doing so, we begin to see what is common and human among us, such that the “other” becomes less different.

In exploring the power of storytelling, psychologist Dr Rob Pluke indicates that research suggests that listening to another’s personal story is an effective way of building empathy. He points out that “stories are universal”, that “we use stories to define ourselves” and, most importantly, that “stories promote understanding of the other”.

In addition, over the past few decades, academics in the discipline of psychology have studied how story affects the human mind. Results repeatedly show that our attitudes, fears, hopes and values are strongly influenced by story. Jonathan Gottschall, author of “The Storytelling Animal” proposes that “in fact, fiction seems to be more effective at changing beliefs than interventions that are specifically designed to persuade through argument and evidence”.

Singizi found that in churches, Heartlines’ work has contributed to the personal development of individuals, as well as changes in the ways that members relate to each other as individuals and to others in the community.

During the evaluation, one respondent, a member of the church, observed: “I definitely think that ‘What’s Your Story?’ has had an impact on me. In terms of me as an individual, now I listen. Before, I listened but did not hear. I am also less judgmental and I have been pushing that line on my Facebook [page] – about not being judgmental.”

Others commented that “What’s Your Story?” had changed the way they see people and had opened their eyes “to the beauty of others”. These changes were well illustrated by one respondent who observed: “I have noticed a change with the other members of our group as well. Hearing other people’s stories opened the heart to accept each other, it has brought us closer to each other. We try our best to connect in a deeper way”.

Church members and leaders highlight examples where members have helped build vibrant and welcoming communities both within and outside the church. Some members have taken “What’s Your Story?” to their families, to schools and their places of work. This multiplier effect contributes to wider societal change.

In the case of some churches, traditionally white and black churches have come together to collectively tackle socio-economic challenges in their communities. A church leader, dealing with conflictual racial dynamics in the Western Cape, observed that “What’s your Story?” is key to dealing with both comfort and discomfort. In this instance, the church has used “What’s Your Story?” to deal with diversity among the youth who come to the church. In the process, they created a safe space where the youth could engage and address the high levels of distrust.

In workplaces, Singizi found that Heartlines integrated other interventions along with storytelling that further supported the objectives of increasing empathy. This included showing and having discussions about Heartlines’ Beyond the River film (which explores the relationship between two men from very different backgrounds who attempt the three-day Dusi Canoe Marathon as a doubles pair) and other activities that encourage exploring difference. In doing so, Heartlines facilitated discussions about differences among people and about ways to build an appreciation for diversity. This was found to be particularly powerful in the case of workplaces, where “What’s Your Story?” has supported organisations to create an inclusive work environment and build a culture where people feel connected, engaged and valued. The evaluation has found that people are getting to know each other, learning to trust each other and, as a result, are collaborating better and working more effectively in teams.

A workplace respondent commented that, “’What’s Your Story?’ strengthened “my work relationships, as there is now a deeper understanding and more trust between us. That has contributed towards increased teamwork and sharing.” This has led to institutional change, which is seen in improved communication and better relations.

Another workplace respondent commented: “In a workplace where there has been no transformation, this ‘What’s Your Story?’ gives us the space to be open and listen to each other… people from different ages and races shared and learnt to appreciate our own struggles and where we come from”.

Numerous participants indicated that “What’s Your Story?” had helped them to appreciate diversity and become less judgmental about others. As one respondent commented: “In my workplace, staff are more open to embracing diversity and now we eat together at lunch and there are Xhosa dishes, Zulu dishes, Sotho dishes and English dishes and we share our food and we share our lingo. It is so different.”

In workplaces, as in the case of the churches, the evaluation has found that participants continue to share “What’s Your Story?” with others, which has in turn also led to the expansion of WYS into other spaces.

Our experience, as well as the international research, all points to the power of storytelling to induce empathy. We have now seen what has emerged in churches and workplaces across South Africa with participants being more open, caring and compassionate with one another.

In a country and world struggling with the consequences of “othering”, this approach offers a simple and scalable strategy that can build empathy in a practical and cost-effective manner. It allows people to grow their confidence, their sense of agency and their willingness to be change agents.

As the programme rolls out, its potential impact will become clearer. At this stage, we have early indications of the potential impact of the process. Our learning will grow as the movement to share stories widens. Given the urgency of the current context can we afford not to trust? MC

Dr Garth Japhet is the CEO of Heartlines, which he founded in 2002. He was also the co-founder of Soul City and pioneered the concept of edutainment.  He is the author of Edutainment: How to make it work for you (1999) and a contributing author on The Entertainment-Education Strategy in Development Communication. He is a member of the WEF Global Future Council for the future of media and entertainment, a Senior Fellow of Ashoka and a Fellow of the African Leadership Initiative.