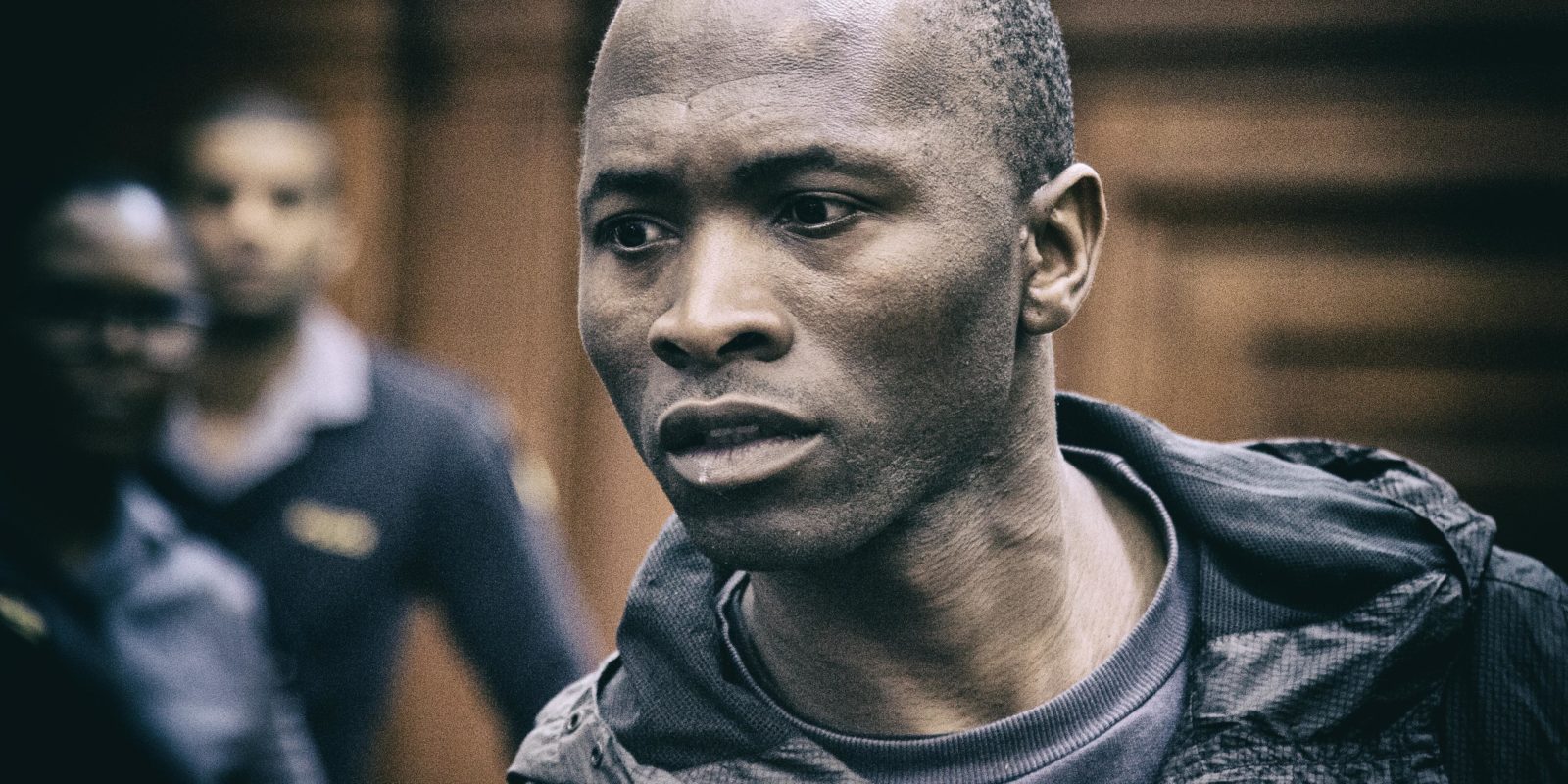 Luyanda Botha was sentenced to three terms of life imprisonment plus five years by the Cape Town High Court after he pleaded guilty to the rape and murder of 19-year-old University of Cape Town student Uyinene Mrwetyana.

“We have sleepless nights imagining the fear of being faced with a monster who presented himself to you as a trusted civil servant in a place that is viewed as a national asset to service the community. We are stuck with the question: why, why, why? Was it really necessary?”

These are the questions the Mrwetyana family has to grapple with every day, according to a statement presented to Judge Gayaat Salie-Hlophe ahead of sentencing on Friday 15 November.

The family was present in the High Court in Cape Town for the sentencing – coming face-to-face with 42-year-old Luyanda Botha, the man who raped and murdered their daughter and sister, Uyinene “Nene” Mrwetyana.

Botha pleaded and was found guilty on four counts, including rape, murder and obstructing the administration of justice.

As he was brought up from the holding cells below the court, Botha seemed startled by the cameras and reporters present. He claimed to be overwhelmed and requested that no photos be taken of him during the proceedings.

Speaking through his representative, Advocate John Solomons, Botha revealed how he plotted to rape and kill Mrwetyana. He was working with a colleague at the Clareinch post office in Claremont on Saturday 24 August and was supposed to leave work at 1pm. But he arranged with his colleague for her to leave early, leaving him alone in the post office.

He then carried out his plan to lure Mrwetyana into the post office, lock her in and violate her.

According to state advocate Rodney de Kock, Mrwetyana “was murdered in a callous and vicious manner for no reason other than that she rebuffed the sexual advances of the accused”.

As graphic details of the attack were revealed in court, Botha remained impassive and emotionless. Solomons explained that Mrwetyana fought Botha until the very end. She fought back as he raped her, and even tried to escape, running to the locked door before Botha knocked her to the ground.

Botha then dragged her into the post office safe, where he said Mrwetyana spent her last moments pleading for her life. Botha choked her, but Mrwetyana was, according to Judge Salie-Hlophe, a fighter. She struggled fiercely before Botha grabbed a 2kg weight used to weigh packages and hit her on the head with it.

According to his advocate, after killing Mrwetyana Botha walked out and got drunk, later returning to the scene of the crime. He put his jersey over Mrwetyana’s brutalised body and left it lying in the safe.

Mrwetyana’s friends and family, at this point, began to panic. She was not answering her phone and not responding to messages. This was unusual for her, said the family. She was not one to disappear without telling anyone.

In their statement to the court, the Mrwetyana family said that, as Saturday 24 August progressed, their “worst fears crept in”. Since then, their feelings have “coalesced into agony”. After 48 hours of no contact, Mrwetyana’s parents flew to Cape Town to assist her brother Esona in the search for Uyinene.

As the court heard what Botha did to Mrwetyana’s body, her mother Nomangwane could not look at him. She could not listen as Botha’s legal representatives told the court that, on Sunday 25 August, Botha did his best to destroy evidence of his crime.

Botha chatted with the security officer who patrolled the post office perimeter and persuaded the guard to allow him to park his car in the post office precinct. He then loaded Mrwetyana’s body in his car and later dumped it in a shallow hole in Lingelethu-West in Khayelitsha, set it alight and left to have his car cleaned.

Through his legal representatives, Botha said: “I admit that I acted with full appreciation of the wrongfulness of my actions […] and I am liable for my actions as I had the intention to rape and kill the deceased.”

After sentencing Botha to three terms of life in prison plus an additional five years, without chance of parole for 25 years, for his “heinous and cruel crime”, Judge Salie-Hlophe acknowledged that no sentence or punishment she could hand down would bring Mrwetyana back to her family and friends. Instead, she hoped the sentence would bring them a degree of closure after the “gruesome act”.

Botha was offered the opportunity to speak to the family, but said he had written a note to the Mrwetyanas and did not have anything to say to them in court.

Mrwetyana’s death sparked outrage across the country and the world. Protests were organised throughout South Africa as citizens mobilised against femicide and gender-based violence.

Addressing the nation and thousands of protestors against gender-based violence outside Parliament on 5 September, President Cyril Ramaphosa said he understood the country was deeply traumatised.

When he told protesters he would visit the Mrwetyana family in Eastern Cape, there were shouts of, “It’s too late!” DM