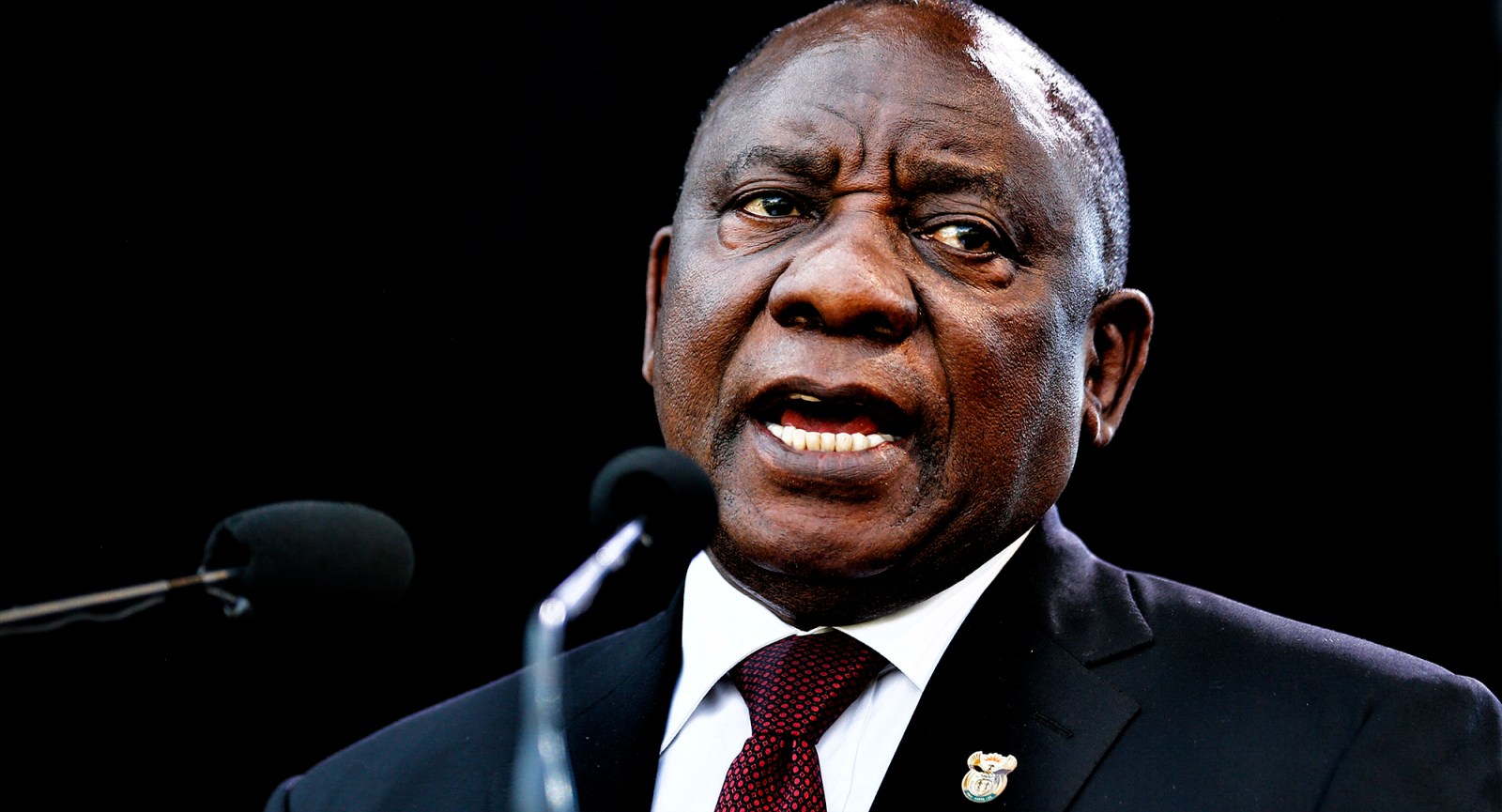 Cyril Ramaphosa speaks after taking the oath of office at his inauguration as South African President at Loftus Versfeld stadium in Pretoria, South Africa, 25 May 2019. EPA-EFE/Siphiwe Sibeko / POOL

At the start of the second SA Investment Conference on Wednesday 6 November 2019, President Cyril Ramaphosa was upbeat as more than R100bn in investments was pledged by about a dozen companies and business partnership forums before morning tea.

“This is no talk shop. This is serious business.”

This was president Cyril Ramaphosa’s rebuttal to arguments that his campaign to raise R1.2-trillion in new domestic and international investments over the five years is slow and herculean, given SA’s deteriorating economy which spooks would-be investors.

Labour alone – mainly the South African Federation of Trade Unions – has written off Ramaphosa’s investment campaign, calling it a “pure jamboree” designed to raise “false hopes that steps are being taken to address the very low investment levels by both the private sector and the public sector”.

At the start of the second South Africa Investment Conference, on Wednesday 6 November 2019, Ramaphosa was upbeat as more than R140-billion in investments was pledged by a dozen companies and business partnership forums before morning tea on the day. By the end of the day, more than R250-billion had been pledged.

As at the inaugural conference in 2018, a significant portion of these investments had been announced before by companies and had been pencilled in their capital expenditure plans since 2017. Other investments date back further.

For example, financial services conglomerate Discovery announced it would invest R1.4-billion in SA’s economy. Included in this amount is R500-million which will be invested over the next five years to build a branchless and app-only banking empire called Discovery Bank. The balance of the R1.4-billion will probably go towards building and improving Discovery’s tech and innovation-laden operations such as Discovery Insure and the Vitality Group.

But the R500-million has already been set aside by Discovery to operate and grow the bank in SA’s fierce banking environment. This spend had been expected since the bank received its banking licence at the end of 2017.

Prominent CEOs and big-ticket investors from a range of industries, including telecommunications, mining, motor manufacturing, and print and pulp products, took turns to announce investment pledges and waxed lyrical about lucrative investment opportunities in SA.

The mood was jovial, as if there had never been the worrying medium-term budget policy statement which pointed to declining economic growth and ballooning government debt. That prompted the ever-patient Moody’s Investor Services to downgrade SA’s investment outlook from stable to negative.

On the same day as the conference, credit rating agency S&P Global – which placed SA’s creditworthiness at sub-investment grade (commonly known as junk status) in 2017 – issued Ramaphosa’s presidency a stark warning, saying it foresees further downgrades in the next two weeks. S&P is expected to issue its next review on 22 November.

But Ramaphosa was unfazed, using the conference to issue a report card and update about the multibillion-rand investments pledged in 2018 to revive economic activity, restore investor confidence, and create jobs.

During the first conference in October 2018, several companies pledged investments totalling R300-billion, most of it to be unleashed over the next five to 10 years. Of the R300-billion in investment pledges, Ramaphosa said R238-billion has been secured during the past 12 months, adding that about R60-billion is going through regulatory clearances.

The conference announced 31 investment projects in 2018, ranging from adding production lines at manufacturing plants to exploring new mining operations. Ramaphosa said since 2018, eight projects have been “realised and completed”, about 17 are in the implementation stage and the remaining projects are still in the planning phase.

After all, it normally takes many years, and not a year, to go from planning to opening a manufacturing factory or new mining operation.

In his address, Ramaphosa said SA is still committed to structural and economic reforms to revive an economy that is expected to grow by only 0.6% in 2019, make a dent on a 29% jobless rate, diversify SA’s energy mix by introducing independent power producers (IPPs) to the grid and create a business environment that is conducive for private sector investments.

On the latter, Ramaphosa made a bold announcement that SA plans to feature in the top 50 countries in the World Bank’s annual ease of doing business report in the next three years. In 2009, South Africa was ranked 32nd but is now in 84th position out of 190 countries.

Before SA is included in the top 50 countries, investors warned that Eskom, which is in a dire financial position with insufficient revenue to service its R450-billion debt load, and tariffs that do not allow it to recover all costs, should first be restructured.

However, Cutifani said there is a clear view in the government of what has to be done at Eskom, with SA forging ahead with the split of the power utility into three independent units of generation, distribution, and transmission.

The grid might introduce more renewable energy because transmission, which will be empowered with power transmission infrastructure, will eventually be responsible for buying electricity from several sources including IPPs and selling it to the distribution business of Eskom.

“We’ve got to move from knowing what’s to be done to doing what has to be done,” Cutifani said, adding that Anglo American had invested R15-billion in SA’s mining project in 2018 and is committed to an expenditure of more than R20-billion in 2019. BM