The bitter aloe test: SA is drowning in debt

The bitter aloe test: SA is drowning in debt 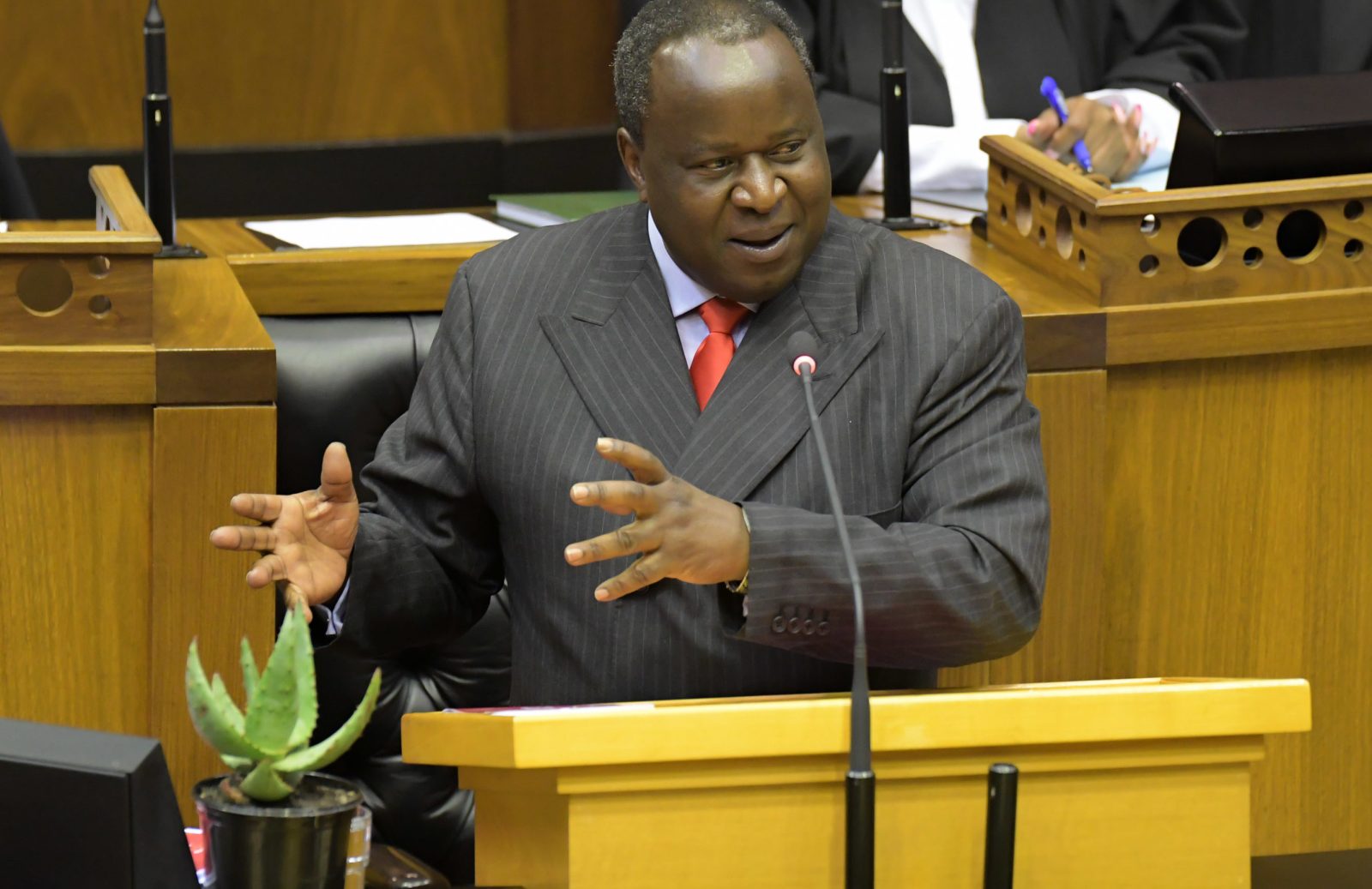 OCTOBER 30: Finance minister Tito Mboweni (with his Aloe vera plant next to him) presents his medium-term budget policy statement in Parliament on October 30, 2019 in Cape Town, South Africa. (Photo by Gallo Images/Jeffrey Abrahams)

On Budget Day 2019, Finance Minister Tito Mboweni presented a bitter Aloe Ferox plant to President Cyril Ramaphosa. It signified the resilience of the South African economy, which had withstood a long, cold winter. The reality is that winter has not abated and even hardy aloes, left untended, will wither and die.

South Africa’s debt is on an unsustainable trajectory and there are few visible plans in place to check it.

In the 2018/19 financial year, South Africa’s national debt exceeded R3-trillion. It is expected to rise to R4.5-trillion in the next three years.

This means that between 2020/21 and 2022/23 government will spend R796-billion servicing debt, that is more than R1-billion a day and is more than the health budget over the same period.

This threatens the government’s ability to maintain existing levels of service provision and infrastructure investment.

“Clearly, we need to do things differently,” Finance Minister Tito Mboweni said in his presentation of the Medium Term Budget Policy Statement (MTBPS) in Parliament.

“This is a serious position to be in,” he said.

In his presentation to journalists ahead of the speech, Mboweni took a minute to explain the purpose of the MTBPS. It is a statement that gives an indication of the government’s budget planning over a five-year trajectory. It is not the Budget, nor even a “mini-Budget”.

“There is no point in publishing a Policy Statement if it simply means publishing the Budget three months early. The purpose is to open up the debate before the (actual) Budget is finalised.”

He was suggesting that the time between October 2019 and the Budget in March 2020 is sufficient to negotiate the structural changes that need to made to arrest spiralling debt, or in the absence of that, to accelerate growth. The reality is that this is unlikely.

Government, outside of National Treasury, as well as its alliance partners in the trade unions, have not up until this point demonstrated the ability to really grapple with the subject. With the result that the debt trajectory is heading inexorably upwards.

Mboweni is well aware of the consequences, but fellow members of the ANC are not. He was challenged during MTBPS deliberations on why SA’s debt to GDP should not be allowed to reach 100%, as it is in the US and other developed nations.

“I asked where he had emerged from. In the US they have a reserve currency. We don’t. Once it breaches the 60% level we should be concerned. Ideally, it should be around 30% or lower. If we go to 100% we will be in the hands of the IMF.”

To stabilise debt, the government will aim to get the Budget to balance by 2022/23. The target measure excludes support to Eskom because that is part of a separate process, Mboweni says.

As a first step, National Treasury has identified spending reductions of R21-billion in 2020/21 and R29-billion in 2021/22 mostly in the area of goods and services and transfers. In addition, non‐interest spending in the outer year of the framework is constrained in line with consumer price inflation.

However, and this is a big, however, if NT is to achieve its target, it will need to find additional measures in excess of R150-billion over the next three years, or about R50-billion a year.

To start with the government will attempt to deal with the challenges of the wage bill, state‐owned companies, executive remuneration and benefits and fiscal leakages.

By leakages Mboweni is talking about curbing corruption, wasteful expenditure which includes no more cellphones for public servants, no more business-class travel on domestic trips and no more R1-million cars for public servants. He also plans to curb unnecessary medical litigation.

This is a good start. Whether it will be enough to cut R50-billion in annual expenditure is doubtful.

The economy needs to grow. And the MTBPS gave no indication that this is a priority. BM