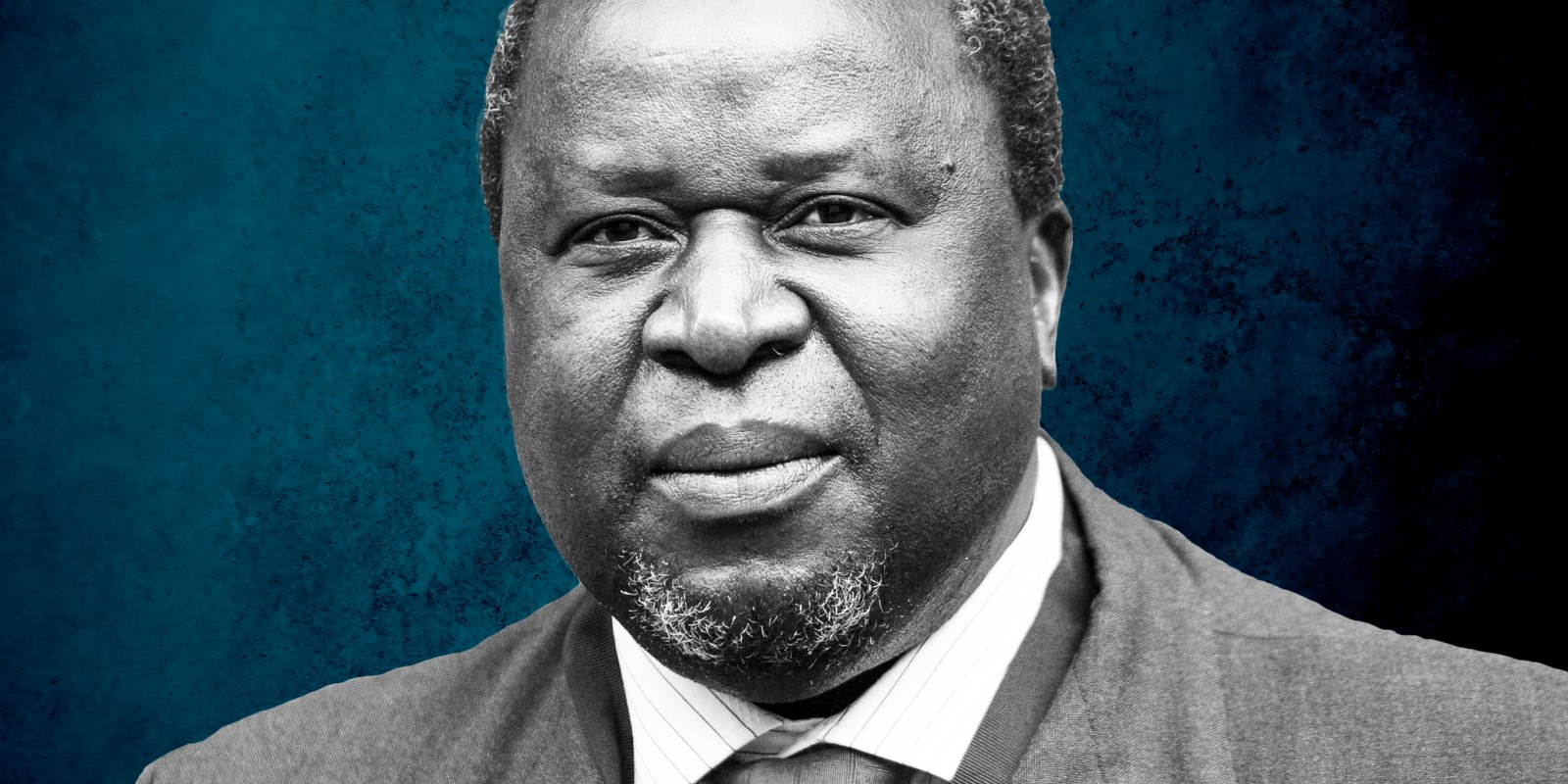 The cupboards always are the barest at winter’s end – and that’s where South Africa is right now. Cautioning that inaction would be ‘gravely negative’, Finance Minister Tito Mboweni emphasised that quick action would shift the low growth economy marked by stubborn unemployment and State-owned Enterprises draining the public purse. The numbers are grim.

Economic growth for 2019 is revised down to 0.5% in the Medium Term Budget Policy Statement (MTBPS) tabled by Finance Minister Tito Mboweni in the National Assembly on Wednesday. Just eight months ago, the February Budget anticipated 1.5% growth.

Tax collection is short R52.5-billion, or 4%, on the estimated targets. The MTBPS cites the low growth economy with lower wage settlements, job losses, lower business profitability and weak household consumption among reasons for the shortfall. While R1.37-trillion has been collected in taxes, the shortfall raises the possibility of more taxes to be announced in the February 2020 Budget – even if there is recognition of how past years’ significant tax increases had left little leeway for more.

The budget deficit rises to 6.2%, while debt to gross domestic product (GDP) reaches 71.3% in the 2022/23 financial year, the outer year of the three-year medium-term budgeting cycle.

National debt in 2019 exceeds R3-trillion, and is expected to hit R4.5-trillion over the next three years.

South Africa’s debt service costs are the fastest rising expenditure item, increasing by R13.7-billion until the 2022/23 financial year. In comparison, health spending increases by R7-billion over the same period, and economic development by R6.9-billion.

And while over the next three years almost half, or 48%, of the R6.3-trillion government spending will go to education, social grants and health, debt service costs comes in third (R796-billion) after education (R1.3-trillion) and social development (R940-billion).

And so the takeaway quote from Mboweni’s MTBPS speech is this:

“The consequences of not acting now would be gravely negative for South Africa. Over time the country would likely face mounting debt service costs and higher interest rates and may enter a debt trap. The unemployment crisis would worsen, and government debt could balloon. This is an outcome we are determined to avoid.”

It’s Mboweni’s blunt message, and it draws on the discussion paper “Economic transformation, inclusive growth, and competitiveness: Towards an Economic Strategy for South Africa” that proposes, among other things, decisive interventions for quick economic gains on the employment front and revenue generation though tourism and agriculture. It’s being updated with more than 700 public comments after being issued by National Treasury in late August.

Although labour federation Cosatu and the South African Communist Party (SACP) have rubbished the discussion document, the governing ANC National Executive Committee (NEC) has at least nodded towards adopting a package of economic growth stimulating measures, even as it excluded the proposed labour reform measures for further discussion.

And while this ANC outcome was not an unqualified win, the outcome of this particular political skirmish sees the MTBPS talk, in a direct echo to the discussion document, of quick wins from tourism and agriculture, both in job creation and revenue raising, greener energy and making it easier to do business in South Africa.

And it is also perhaps what buoyed Mboweni not to mince his words on Wednesday.

“Clearly we need to do things differently… Without any policy adjustments, debt will most likely exceed 70% of by 2022/23. This is a serious position to be in,” the minister said in his prepared speech.

In reference to the aloe he brought to Parliament for the 2019 Budget in February as a reminder to be tough and to make the difficult choices then, Mboweni added:

“Our little aloe is not doing well. It needs attention, like our public finances… There is no status quo option. Stabilisation involves difficult decisions that imply sacrifices by all of us. Slowing growth in the compensation bill and additional revenue measures will be needed.”

And so Mboweni segued to the public wage bill he wants sharply reduced. But this is heavily contested political ground with labour already having drawn the line in the sand not to touch workers on their jobs.

Some of that political contestation is reflected in the significantly slower uptake of the February Budget’s offer of early retirement without any of the penalties that would normally come with that. Other indications include the introduction of a “just transition” approach in the Integrated Resource Plan (IRP), and the Eskom special paper, to ensure workers retrenched in the changing energy sector are reskilled and retrained.

The public wage bill currently takes up around 38% of the Budget. Cosatu said on Monday in its argument against any cuts that this level had been stable since 1994 – teachers, nurses and police officers could not carry the blame for government misspending, argued the ANC alliance partner – Mboweni presented a different set of facts on Wednesday.

The 2018/19 average wage increase across government at 6.8% was over 2% above inflation. And having adjusted for inflation, the average government wage has rise by 66% in the past decade.

To get government to do its bit, salaries from president to ministers, their deputies, premiers and MECs, will be frozen. The cost of official cars is capped at R800,000 including value added tax (VAT), while a new cellphone compensation regimen will be introduced.

At the traditional pre-MTBPS briefing to journalists, Mboweni said the cellphone cost to the state was R5-billion over 12 months. “I’m taking away the cellphones. People are paid salaries, they can buy their own cellphones and claim…”

Also gone are domestic business class flights for members of the executive from Cabinet ministers to mayors. Subsistence allowance for both domestic and international travel also ends. “I encourage the leadership in Parliament to think how they can further contain their compensation and benefits,” said Mboweni.

It’s not just the public wage bill that gives Mboweni headaches, but also State-owned Entities (SoEs), and none so much as Eskom and SAA.

At the MTBPS briefing ahead of his address in the House, Mboweni mooted the possibility of selling off or closing down SA Express as a try-out should there be other SoEs to be sold in future.

The SoE bailouts for SAA (R5.5-billion), but also Denel which received R1.8-billion in August 2019, and the R2.1-billion for the SABC, have been factored into the adjusted spending.

Ditto the R59-billion special appropriation for Eskom – R26-billion in the current financial year, and R33-billion in the 2020/21 year – which seems to have been allocated another R10-billion on government’s books by 2021/22. That R10-billion could be another special appropriation in two years’ time, according to National Treasury, although the exact processes have yet to be determined.

And on Wednesday it became clear why Public Enterprise Minister Pravin Gordhan released the Eskom special paper with its soft deadlines on implementation amid the broader vision.

That vision was needed to talk to Annexure C of the 2019 MTBPS where government puts down its foot on further debt relief. Speculation has been rife government would take around R250-billion of Eskom’s R441-billion debt onto its books.

“Without major operational and governance reforms, however, debt relief will only provide a temporary reprieve for the loss-making utility. Consequently, National Treasury in consultation with the Department of Public Enterprises has set a number of preconditions before debt relief will be considered.”

The preconditions talk to the restructuring of Eskom, as Gordhan announced in the Eskom road map on the eve of the MTBPs, including boards and CEOs for the three unbundled entities – transmission, generation and distribution.

But in the political contestation in the governing ANC, it’s not quite clear-cut. The door remains open for debt swops, or even some role in the Eskom debt by the Public Investment Corporation (PIC), the government-owned manager of some R2-trillion in government workers pensions and savings.

“Eskom, with government support, will consult with its funders on detailed plans for debt reorganisation in due course,” according to the MTBPS Annexure C.

There is some good news. The South African Revenue Service (SARS) – “emerging from its own winter”, as Mboweni described the tax collector now under new leadership – is getting R1-billion more, spread over the next two years. And the National Prosecuting Authority, now under a new boss, Advocate Shamila Batohi, is also getting more – R1.3-billion.

“These funding shifts will bolter efforts to combat corruption and improve revenue collection,” said Mboweni in his prepared speech.

Mboweni in briefing journalists identified two key priorities for South Africa’s government: close down the leakages, whether that’s bad governance leading to litigation against hospitals or the police, malfeasance or just wastage, and bring down the debt to GDP ration, naming his sweet spot as 64%.

“We have to negotiate wages. We have to deal with these leakages.”

The question remains whether Mboweni can galvanise not only his Cabinet colleagues, but also the executive at provincial and local government to make the necessary hard decisions. It seems he’s going to give it a go, proposing the unpopular decisions like selling off non-core assets.

Mboweni seems to have got used to the criticism of being a “neoliberal capitalist”, levelled at him repeatedly amid the governing ANC, and broader, political contestation over South Africa’s political future.

“I don’t mind,” he told journalists on Wednesday. “As long as the neoliberal capitalist gets the economy going. Whether the cat is black or white doesn’t matter as long as it catches the mice.” DM