Fourth Industrial Revolution: The revolution from above – a comparison of SA and Denmark 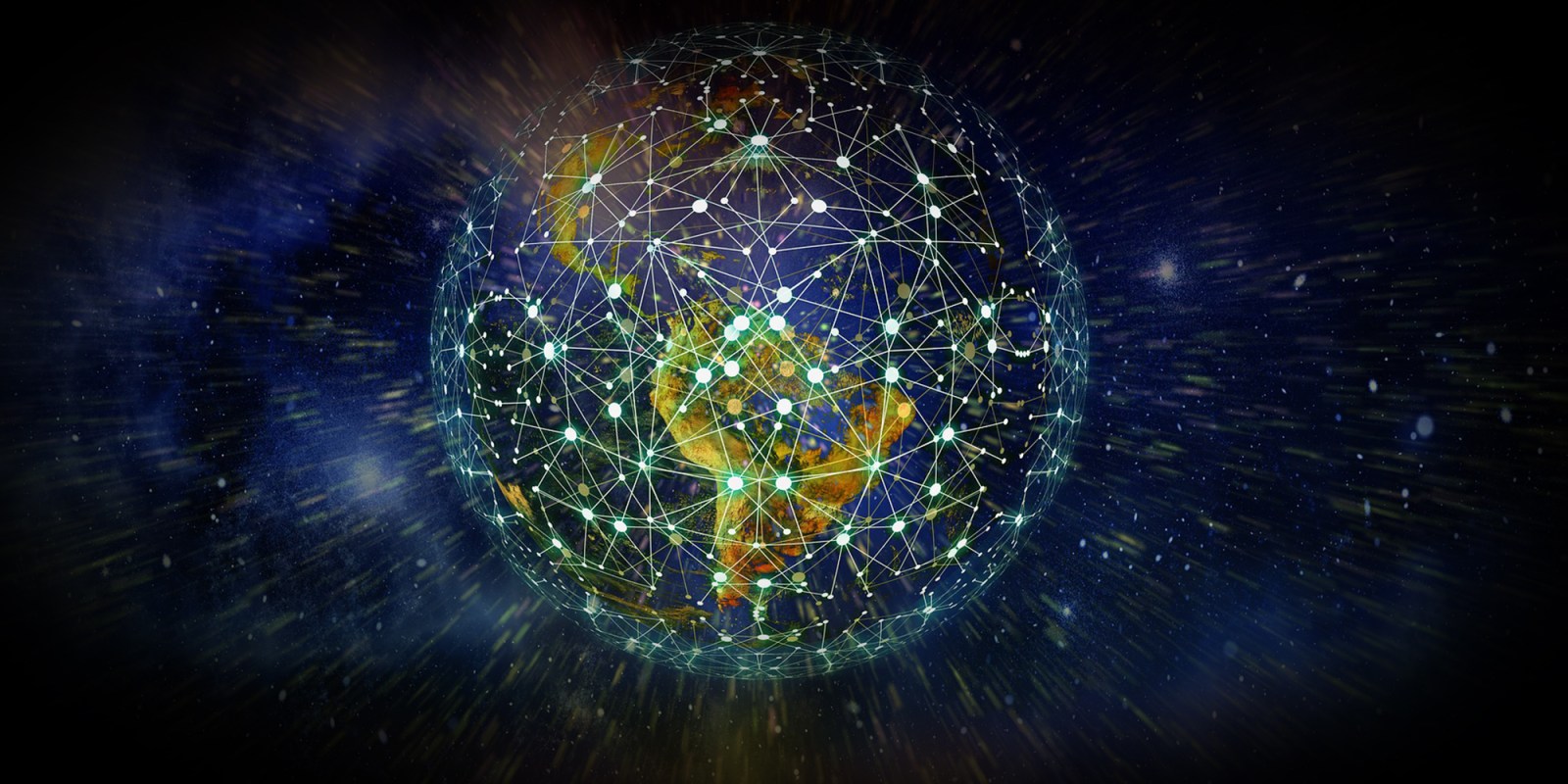 The so-called Fourth Industrial Revolution (4IR) might be the first revolutionary call coming from the ruling class. It was first coined by executive chairman of World Economic Forum (WEF), Klaus Schwab, sometime in 2015. In the following year, the revolutionary feeling spread like wildfire among the elite crowd attending the Forum’s annual meeting in Davos. High up in the Alps, Fortune 500 CEOs, state leaders, royalty and celebrities assured each other that they were living in extraordinary times. Technology was about to change everything. They were the chosen vanguard entrusted to spread the revolutionary gospel and to let the rest of the world become part of this “new cultural renaissance that will enable us to feel part of something much larger than ourselves”, as Schwab explains 4IR.

The (conceptual) innovations imagined to drive this total transformation of the world is a hotch-potch of artificial intelligence singularity, nano and biotechnology, autonomous cars, internet of things, and exponential growth theory. No alternatives are available. The future is 4IR. It is seen as both a new epoch and inevitable. And if the countries around the world don’t embrace this, they risk ending up, according to WEF, as the losers of 4IR.

What does it mean to embrace this new world order, this socio-technical imaginary of what the future is and how the world should be? 4IR looks very much like the world according to big tech. Major technological changes are happening, but their effects are far from universally beneficial. Some can be embraced. Others need to be resisted or heavily regulated or directed for popular rather than private benefit. But in the ideology of 4IR the changes are inevitable and must simply be embraced or adapted to.

One of the key mechanisms for disciplining countries (especially in the global South) are the various purportedly scientific metrics and indices promoted by the WEF and the World Bank. Countries ask anxiously “where do we stand on the Global Competitiveness Index?” And rising in the rankings depends on meeting the outcomes deemed to be most important by their creators. When it comes to 4IR the new Readiness for the Future of Production (RFP) index, produced for WEF by consulting firm AT Kearney, performs a similar function. It needs close examination. It is presented as a diagnostic tool which “can be used by policy-makers, business leaders and others to identify specific opportunities and challenges for individual countries”. Typical components include levels of internet penetration, whether companies embrace disruptive ideas, whether regulations allow for flexible hiring and firing, “business freedom”, and “buyer sophistication” (consuming based on price is bad, on “sophisticated performance attributes” is good).

The RFP index relies heavily on WEF and other executive opinion surveys. In this way both what WEF imagines is important and how a small group of global executives see the world becomes how the world is imagined, how the diagnosis of problems is made, and it shapes the solution prescribed… all resulting in a number, to two decimal points, to give the illusion of scientificity. So, for example, South Africa scores 5.02 on Drivers of Production, compared say to Denmark’s score of 7.20. To improve one’s ranking is heavily dependent on persuading global executives you are doing what they want and value. Since the private sector, in this vision, should be co-determining policy then what they want is what you should want too.

We have been struck by the almost identical approaches to 4IR adopted by South Africa and Denmark. The Danish population is about one-tenth that of South Africa, while the GDP of each country is roughly the same. The two countries could hardly be more different when it comes to average income, levels of economic inequality, the position of women, corruption, the quality of public health and education provision, the standard of public administration, digitisation of the economy …. one could go on!

Already counted among the five most digitised countries, Denmark was one of the first countries to embrace the imagined future of 4IR. Indeed, the Prime Minister himself, Lars Løkke Rasmussen, decided to spearhead a “disruption counsel” in direct response to the revolutionary call from Davos. His decision had been further encouraged by Rob Nail of Singularity University, who had been flown in to consult him personally. Named after Apple’s personal assistant, the SIRI Commission was aimed at making Denmark ready for 4IR. It was launched by an opposition party MP, who had been invited to join WEF’s group of Young Global Leaders a few years before, and there probably imbibed the revolutionary spirit. Most of the commissioners are from the private sector. The government later launched a ‘disruption taskforce’, headed by a former director of Uber. It also entered a partnership with WEF to support its 4IR centre in San Francisco, close to Palo Alto, where the Danish Minister of Foreign Affairs had just opened the world’s first tech-embassy.

This template is familiar to South Africans right down to the details. The ANC’s 2017 Congress agreed to “facilitate active participation in the shift towards the Fourth Industrial Revolution”, although it is unclear if it knew what it was endorsing. The President, Cyril Ramaphosa, has established and will chair a 30-person Commission on 4IR. “It is now globally recognised”, according to the concept note establishing it, that the 4IR “represents a fundamental change in the way we live, work and relate to each other”. It has also been agreed to fund the setting up of a 4IR Centre in Pretoria, with WEF, “as the world prepares for the unprecedented transformation of the Fourth Industrial Revolution (4IR)”. The Silicon Valley mantra of the need to embrace disruption seems also to have been embraced. “Rock the boat! Shake the baobab tree! … Disrupt, destruct (sic) inertia!”, tweeted the Minister of Finance in early September. The cult-like Singularity University is also establishing itself in South Africa. South Africa’s business and political elite have long been enthusiastic participants in WEF’s annual Davos gathering, often for understandable strategic reasons. Now they have joined the 4IR global bandwagon, seemingly uncritically. We question whether a single template of engagement with 4IR can be sensible in both Denmark and South Africa. Will it eventually “improve the state of the world”, as WEF’s motto promises, and if so whose world?

In the RFP, Denmark is classified as one of the Leading Countries while South Africa is in the bottom Nascent Countries basket. South Africa does not make the High Potential Countries category (such as Australia), nor the Legacy Countries (such as Russia and India). Nascent countries are imagined to still be able to offer “low-cost labour”, but to adapt they need to “utilise the private sector more actively”, and make the regulatory frameworks for emerging technologies friendlier (easier for Google, Amazon and Uber?).

Certainly, technology is changing and this will impact how we work, produce and live. But many other things are changing too and it is not at all clear that technological change is the most important of these changes. Does technological change, for instance, explain the rise of populism and nationalism around the world? To a certain extent perhaps, but it is hardly a full explanation. The same applies to the migration crisis: what does 4IR have to say about that, other than enabling surveillance technologies? And what about everything that is not changing? How does continuity, the basic mode of being for most people, fit within 4IR’s scheme of disruption and rapid change?

When we focus too narrowly on a single imaginary of the future, we not only risk losing sight of all the non-technological problems that still persist in our hi-tech world, we also impede the public’s right to imagine its own future. The public should not passively receive a future from above, from an organisation that reduces democracy to a hollow stakeholder principle that privileges the already privileged. Instead, we need to be able to imagine a future created from below and inflected in the plural to reflect the heterogeneity of the people who will reside in these futures. A developing country like South Africa needs appropriate technologies and appropriate ideas too, not the imposition of global templates. 4IR is the imposition of the ideology of Davos Man. If taken too seriously it will not end well. DM

Jeremy Baskin is a Senior Research Fellow at the School of Government, University of Melbourne, and a visiting Fellow at Stellenbosch University

Kasper Schiølin is a Research Fellow at Harvard University’s Programme on Science, Technology, and Society (STS)