Semi-final predictions: What’s in the numbers

Semi-final predictions: What’s in the numbers 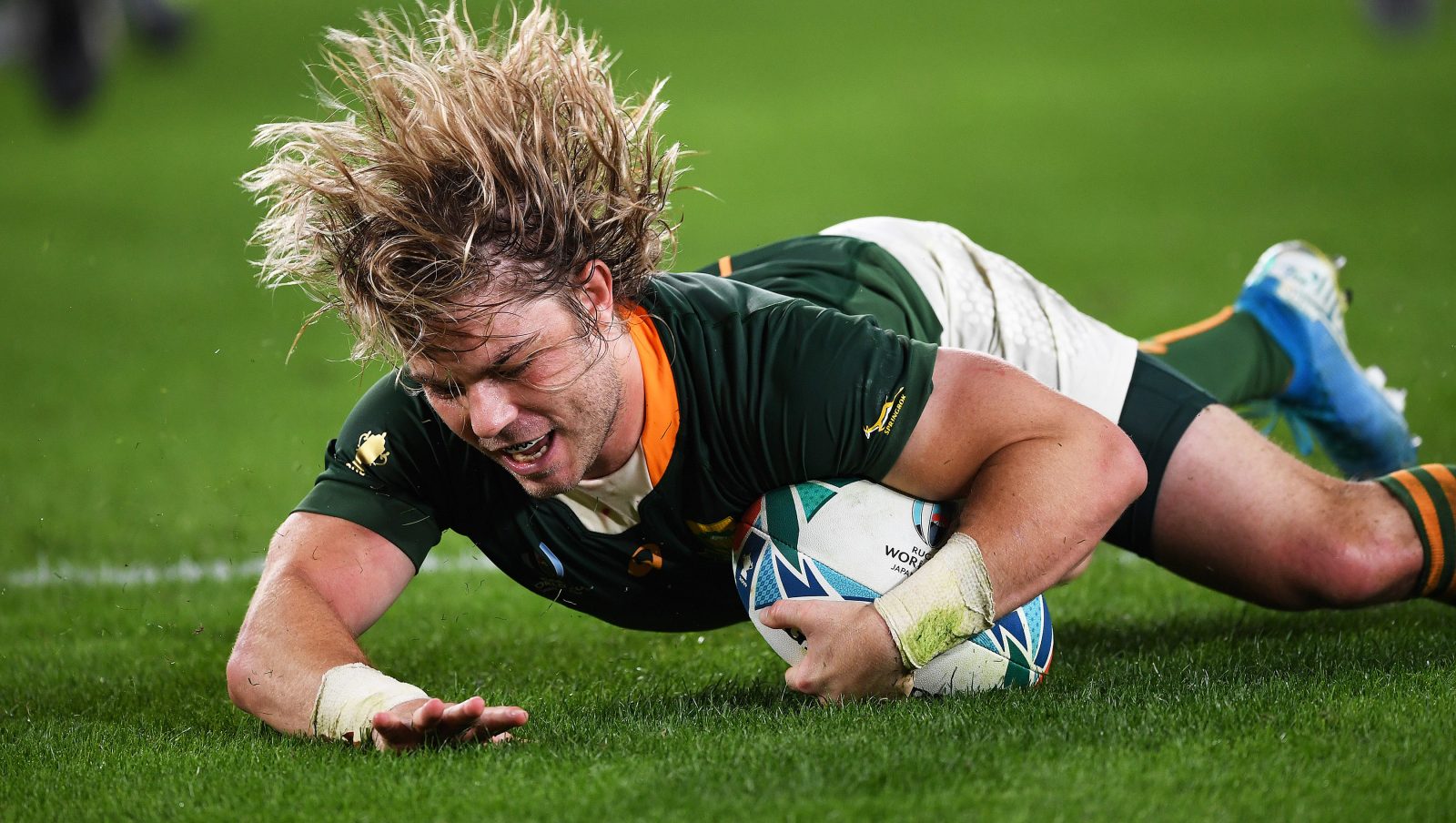 The 2019 Rugby World Cup has been unprecedented in various ways. What might the semi-finals hold, then?

This article was first published by Extra Time Media

A curious trend emerged in the quarter-finals of the 2019 Rugby World Cup. The four fixtures produced both one of the closest ever in terms of points difference (Wales vs France with one point) and the second-biggest (New Zealand vs Ireland with 32 points, behind only New Zealand’s 62-13 hammering of France in 2015).

Both South Africa’s win over Japan and England’s over Australia made it into the top 10 of the largest ever wins in the QFs of a Rugby World Cup.

While it made little difference to the overall for and against averages, the difference is especially notable since the total average points scored in the pool stages (93) is the lowest it has been since 1995 (63).

Of course, statistics don’t do justice to the infinite complexities that determine the outcome of a fixture. Red cards, yellow cards that some might say should have been red, cards not given at all… you know the drill.

But statistics can be useful in offering a cursory glance into the future – especially when anticipating an anomaly.

And the 2019 Rugby World Cup has been an anomaly. The record for most red cards has been surpassed, France’s red card in the QFs was the first for any side at that stage of the competition and we’ve seen the unprecedented case of having matches cancelled.

It’s been quite a ride.

What, then, might await us in the semi-finals of this tournament?

Knockout matches in most sports are notoriously conservative affairs. But this 2019 edition being what it is, no gold star for guessing that the QFs bucked that trend, recording the second-most tries for this stage of the competition.

Total tries per match in RWC QFs by year

Semi-finals have, in recent years anyway, been dominated by penalties The good news for South African fans is Handre Pollard’s kicking prowess. The bad news is that whistle-happy Jerome Garces is refereeing the final.

How points are scored in RWC semi-finals 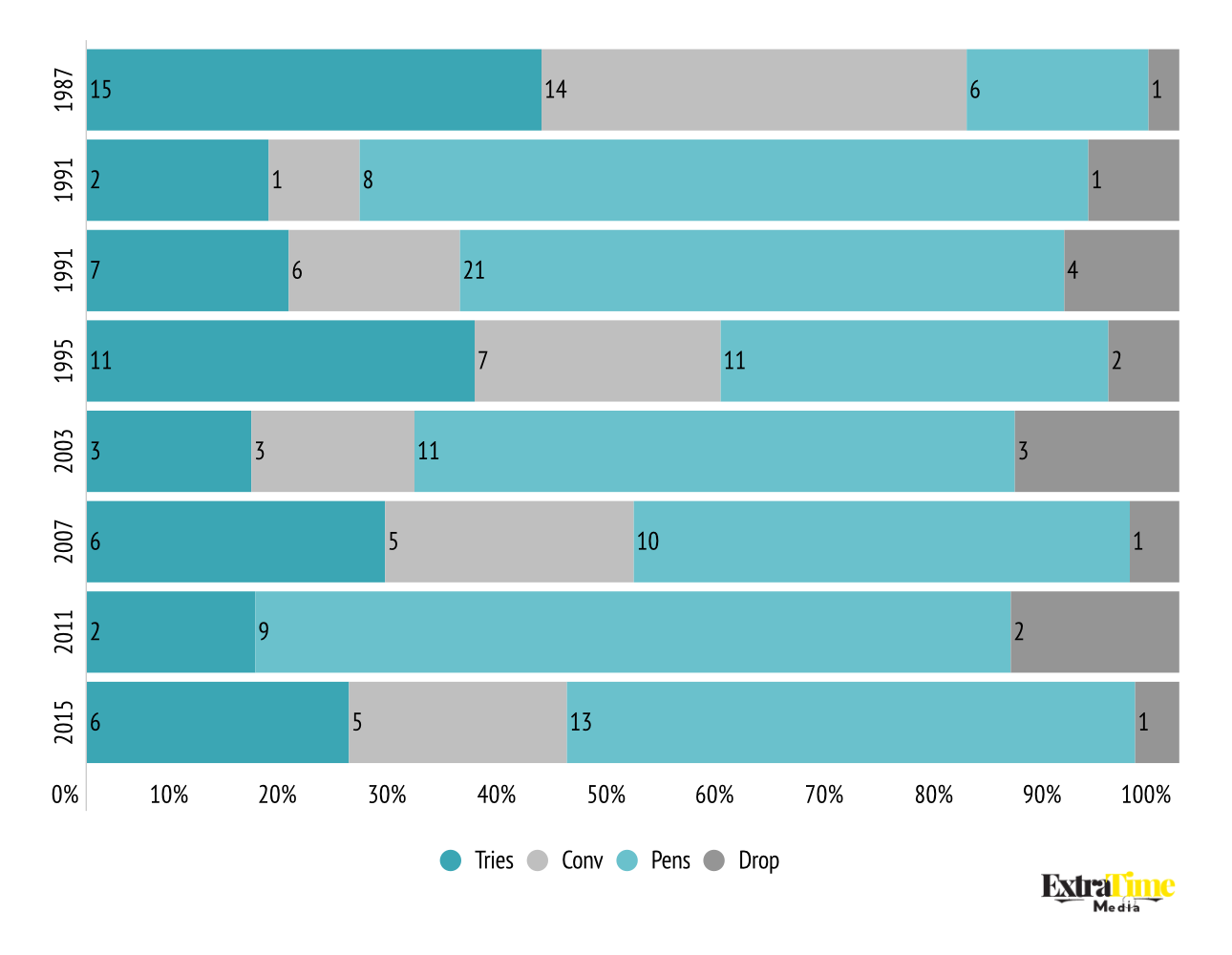 Worth noting, too, is that South Africa have the second-highest converted penalty count of all teams who have played in a Rugby World Cup semi-final. Australia lead with 20, but they have played two more games and are no longer in the competition.

Rugby World Cup semi-final points by teams through the years 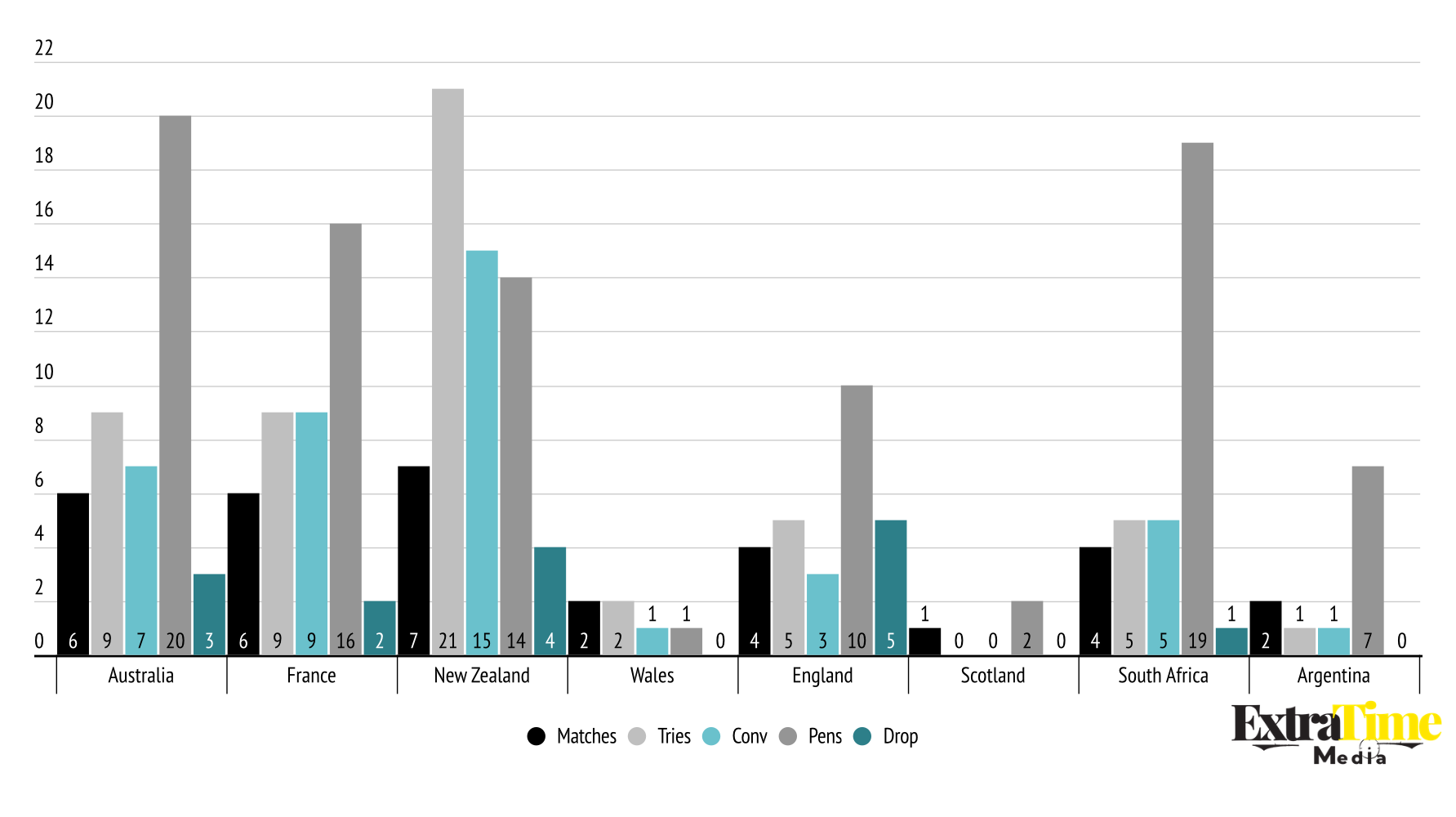 Intriguingly, the margins in semi-final results have been somewhat scattered, with no real discernable trend-line in terms of the total points for the winning team and the difference in the final score. 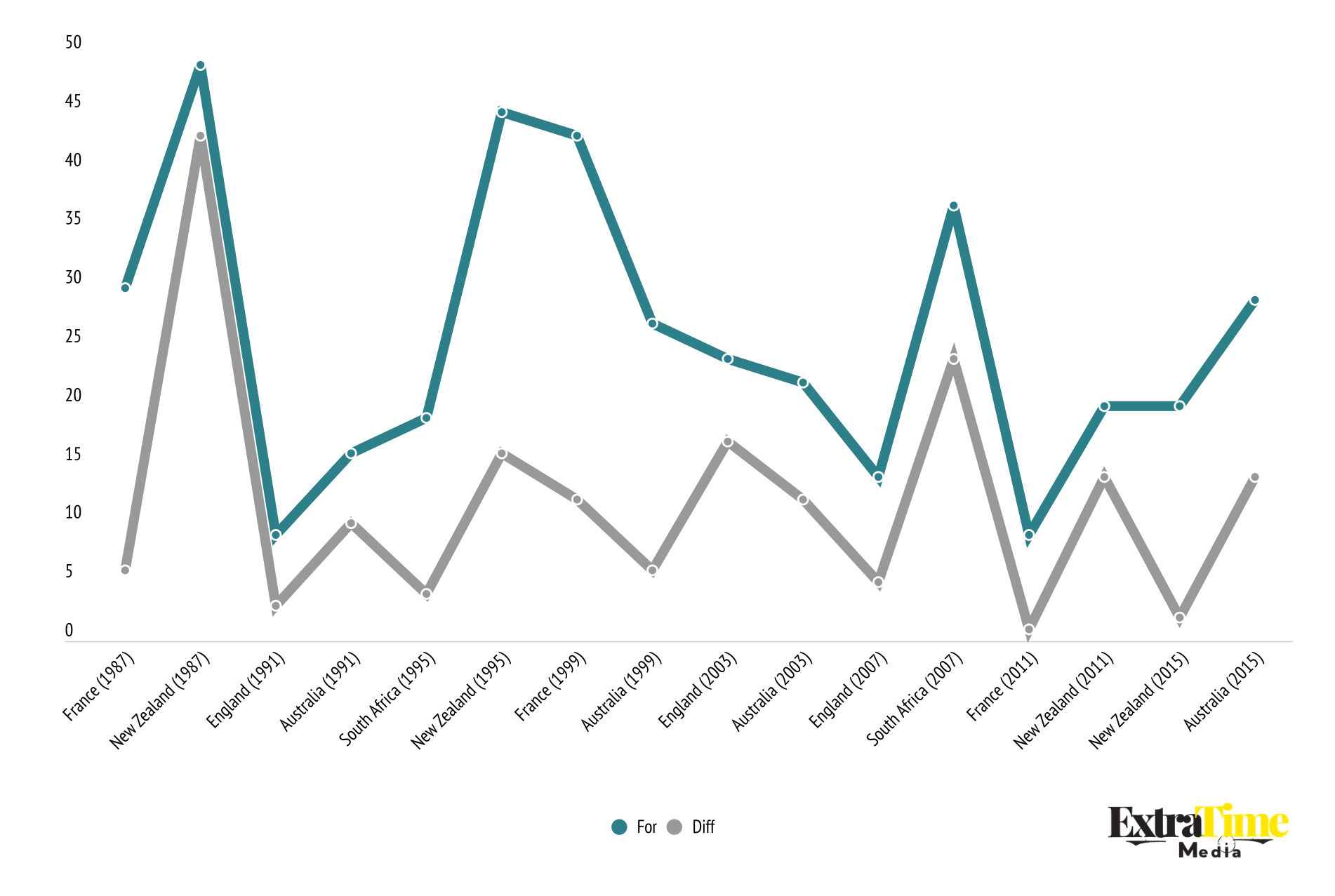 Considering the oddities that have occurred at the 2019 Rugby World Cup, it seems the only thing anyone can expect for certain is the unexpected. DM