Can children legally use cannabis? 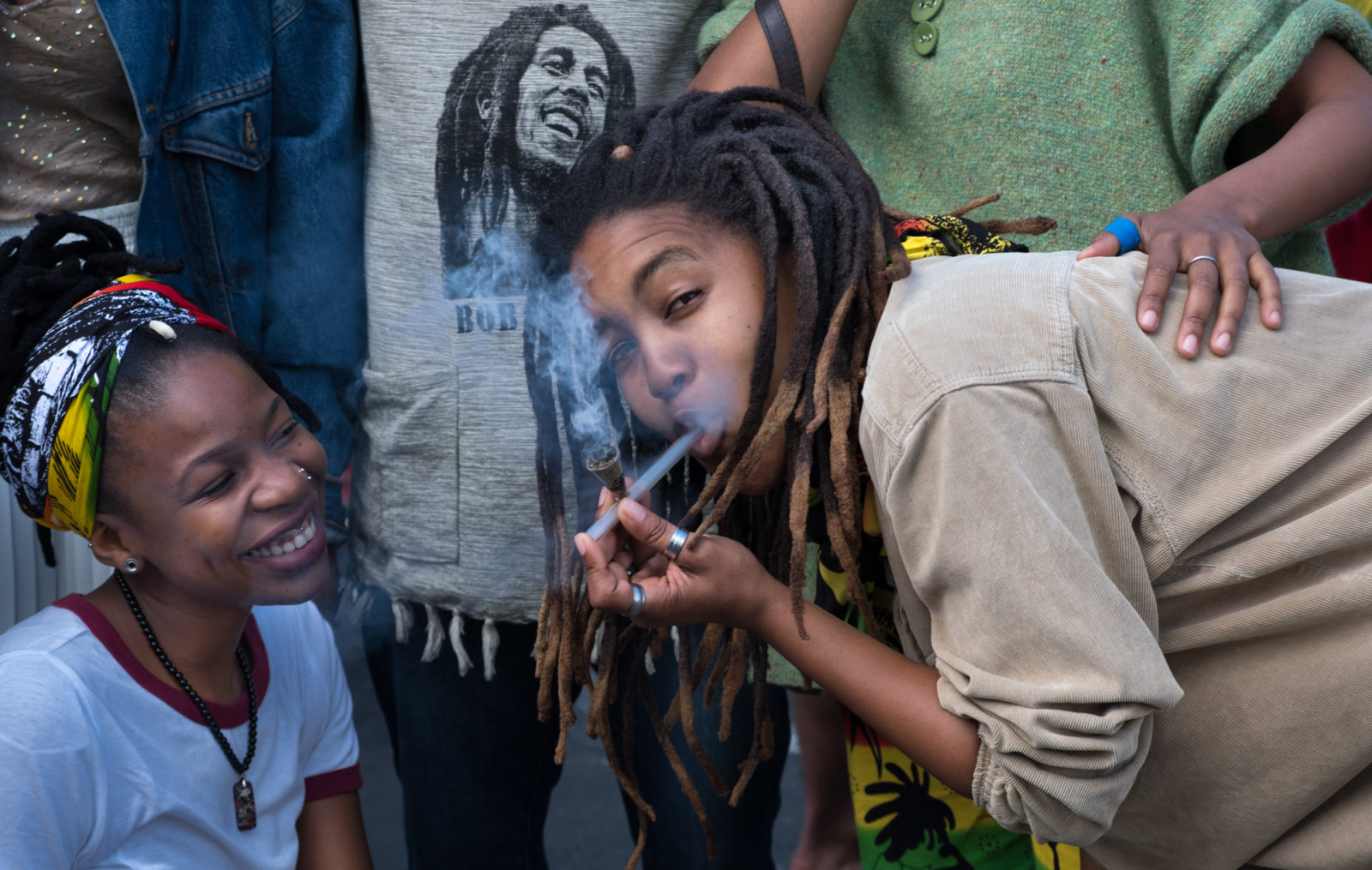 Adults in South Africa are legally allowed to possess marijuana for personal use. Now there are controversial moves to decriminalise the use of cannabis for children. By Tania Broughton for New Frame

The Constitutional Court judgment in Prince v Minister of Justice and Constitutional Development was explicit. It legalised the use, possession and cultivation of cannabis in a private place for personal use by adults only.

What has thrust the issue into the spotlight again was a matter involving four learners, aged between 14 and 16, who tested positive for dagga during a drug test at their Krugersdorp high school.

They appeared before a magistrate and, in terms of a “diversion” programme, were ordered to undergo a three-month rehabilitation programme apparently devised by local prosecutors about 15 years ago.

It is not clear why they did not comply. But the one-size-fits-all order made about 10 demands of each of them, including one that specified that their marks must increase by 10% over the three-month period.

They were hauled back before a magistrate. There was no involvement of a social worker or probation officer. The magistrate then ordered that they serve an “undetermined period” at a Bosasa Youth Development Centre for young offenders.

The South Gauteng High Court in Johannesburg intervened and they were immediately released from custody.

The issue now pending before the court is not whether children should or should not be morally allowed to smoke dagga. It is whether or not by law, they can be treated differently from adults and if they should be subjected to sanction through the criminal justice system.

The court then asked for submissions from interested parties on whether or not it was unconstitutional to subject children to criminal prosecution and incarceration for the use and possession of cannabis when the same is not true for adults.

They questioned whether, in light of the Prince judgment, they had committed an offence at all.

It’s also an assessment of whether or not criminalisation – for the sake of prevention – is the answer to the youth drug problem in the country.

The matter has also raised the thorny issue of drug testing at schools, and if testing positive is sufficient to be charged for “possession” under anti-drug legislation.

So far, only the National Prosecuting Authority (NPA) is opposing legal reform, although it concedes that initial order of detention against the four learners was unlawful.

It says the proper use of the Child Justice Act in the criminal justice system was effective because when they were sent to detention centres, there was proper monitoring of a drug-addicted child by prosecutors in consultation with parents, the police, the court, the school, a counsellor and a social worker.

“However, the state agrees that any less restrictive means outside of the system that could be used to achieve the same ends is undoubtedly in the best interest of the child,” says the NPA.

The Centre of Child Law is leading the decriminalisation charge. It has been admitted as a “friend of the court”. And in the main, it has the support of Minister of Justice and Correctional Services Ronald Lamola, who agrees that children are being unfairly discriminated against and the relevant section of the drugs act must be declared invalid “to ensure children are dealt with in a more appropriate manner”.

In written submissions to the court, centre advocate Morgan Courtenay says the Prince judgment has left children in an invidious position because those who use or possess cannabis are treated as criminals whereas adults are not.

“This is at a time when the use and possession is now considered socially, morally and legally acceptable for a certain class of people,” he says.

“The criminality attaches to age and timing. This is constitutionally indefensible.” He adds that “status offences” – which criminalise actions for only certain groups of people – were common during apartheid, when only black people had to carry a dompas or passbook and inter-racial couples were barred from getting married. “Such offences have been condemned internationally. There can be no justification for them.”

Courtenay says the law “criminalised children simply for being children” and the criminal sanction – which at worst could lead to imprisonment and at best to diversion where detention is still possible – was deeply traumatising for them. “It is a form of stigmatisation, which is both degrading and invasive.”

He says that in many cases drug testing at schools is “overreaching by zealous educators and law enforcement officials”, who are ignoring the law that says there first has to be a reasonable suspicion that the learner is taking drugs and that no criminal proceedings can be instituted as a result of a positive drug test.

“A further fundamental problem is [whether] testing positive makes them guilty of the offence of possession when they were not caught with the drug on them or seen taking it,” Courtenay continues.

“But the relevant stakeholders, supported by the office of the DPP [Director of Public Prosecutions], believe they are above the law … that under the rubric of ‘best interests’ they are entitled to flout the constitutional rights of learners, and arrest and initiate criminal proceedings in their crusade to fight ‘the evil of drug addiction’,” he says. “This, when the appropriate response is to address the issue with the parents and refer the child to counselling or a rehabilitation centre.”

On the issue of “status offences”, Lamola agrees. Advocate Hephzibah Rajah explains: “The minister does not condone the use of cannabis by children, but believes that the best interests of children are paramount and a child-orientated programme should be followed, including drug awareness, educational programmes, treatment and rehabilitation.

“There is no justification for the continued criminalisation. It is unconstitutional. It is important for government to protect children. However, there is other legislation and procedures available to deal with this, such as the Children’s Act and the Prevention of and Treatment for Substance Abuse Act, which provide measures for dealing with drug abuse by children outside the criminal justice system.”

The minister said input was needed from the departments of education, health and social development to “strengthen these measures”, adding that any declaration of constitutional invalidity should be suspended for 24 months to enable legislative reform to allow “new models” to be considered, researched, developed and enacted.

The matter will be back before the court next year. In the meantime, the social development and education departments and the police will file their submissions. The court has ordered two Gauteng-based youth detention centres to conduct an audit of all children sent to them to undergo compulsory residence for possession of cannabis. DM