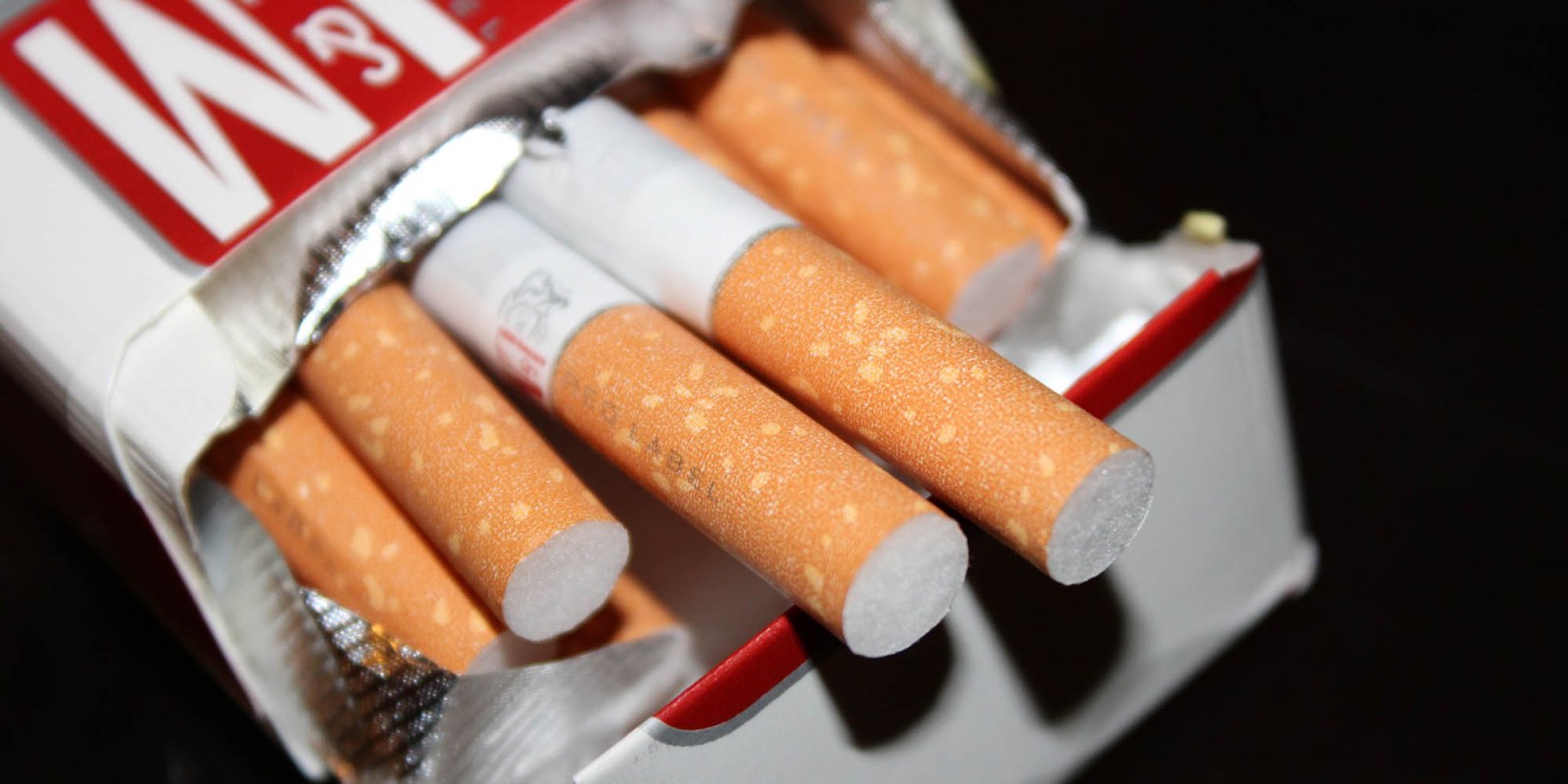 The tobacco industry has seen success from its dirty tactics in many other countries. We must be vigilant to ensure that it does not succeed here, say the writers. (Photo: Chefchen / Pixabay)

From disputing public health facts, producing and promoting misleading research — to even smuggling, the tobacco industry has seen success from its dirty tactics in many other countries. South Africans must be vigilant to ensure that the industry doesn’t succeed here.

A new study on tobacco industry influence, “The Crooked Nine” report, released by the international watchdog group Stopping Tobacco Organisations and Products (STOP), outlines the dirty tricks the tobacco industry has used to oppose health policies around the world. These tactics include building alliances and front groups, trying to weaken the public health community, disputing public health facts, producing and promoting misleading research, lobbying, influencing high-level policies, litigation, facilitating smuggling, and seeking to improve its reputation. Nearly all of these tactics have been used in South Africa to fight previous regulations and to try and defeat the Control of Tobacco Products and Electronic Delivery Systems Bill.

A little more than a year ago, the National Department of Health proposed to significantly improve how it regulates tobacco in South Africa. If passed into law, this bill will help us reduce the number of smokers in the country and the related diseases that it causes or exacerbates — such as cancers, diabetes and tuberculosis. It will also bring South Africa more closely in line with the standards set by the world’s first-ever global health treaty, the World Health Organisation’s Framework Convention on Tobacco Control which South Africa signed on to in 2005.

The tobacco industry tried to hijack South Africa’s socio-economic impact assessment process on the bill by raising superficial arguments against the Economics of Tobacco Control Project at the University of Cape Town, and ultimately delayed the process. South Africa’s earlier efforts to tackle tobacco smuggling placed it in the crosshairs of tobacco industry interference who, true to form, objected to the draft bill with the misleading claim that evidence-based measures to protect the public will increase cigarette smuggling.

Another tactic of the Tobacco Institute of South Africa (Tisa) against the bill was the commissioning of its own study that presented smaller, local tobacco companies as being wholly responsible for the sale of illegal cigarettes. According to Tisa, if the government curbed illicit trade, there would be no need for the draft bill nor would tobacco taxes have to be raised.

The industry does not mention the evidence from around the world, which shows that the proposed changes in the bill will reduce tobacco consumption, and therefore health harm, nor that increasing the tax on tobacco reduces its use. Less health harm from tobacco use, and a reduction in tobacco consumption in South Africa, will benefit individuals and society as demands on the National Health Insurance (NHI) for healthcare will be reduced too.

Even beyond these self-serving arguments is evidence of tobacco companies being actively involved in smuggling globally. When governments attempt to address this, the tobacco industry promotes its own track and trace “solution” — Codentify — through the use of front groups.

The WHO FCTC Illicit Trade Protocol requires a global track and trace system in which cigarette packs will be marked with unique, secure identifiers, to reduce tobacco smuggling. The protocol stipulates that track and trace “shall not be performed by or delegated to the tobacco industry.” Yet leaked documents show that the major tobacco companies have been working collaboratively through an increasingly complex set of front groups and third parties to promote Codentify to governments.

The industry also has a long history of producing and disseminating misleading information, as it did in Hong Kong, working with a consulting firm to cook up statistics that failed to show the economic benefits of smoke-free restaurants and bars. In reality, two years after the ban, restaurant revenue increased by more than 30% in that country.

It used the same tactics here with the new bill. The draft bill will ban smoking in all public places, introduce plain packaging of cigarette packs with graphic health warnings and stop cigarette sales from vending machines. The new bill will also regulate e-cigarettes or vape products. While these are being advertised as safer alternatives to cigarettes, research shows they are already causing serious health harm, with the recent deaths of 18 in the US and more than 1,000 seeking medical help for a range of lung and other respiratory conditions. The bill’s proposed measures would provide much-needed safeguards for those who vape or use e-cigarettes and prevent these products from being marketed to kids.

With profits to lose, the tobacco industry wasted no time in opposing these public health policy proposals through various groups. The Free Market Foundation and National African Federated Chamber of Commerce and Industry, two organisations with a history of funding from tobacco interests, have advocated against the bill. Among the litany of complaints from the two groups were how the bill would, in protecting the health of non-smokers and smokers alike, be an infringement on personal freedom and hurt the competitiveness of legal businesses. According to the new STOP report, this is a typical trick: a few years ago, Philip Morris International, Imperial Tobacco and British American Tobacco financed a group called the Australian Retailers Alliance to oppose the government’s introduction of plain packaging in Australia.

Such attempts to influence can also be less overt, taking the form of perceived partnerships and donations. It is probably not a coincidence that the same month that the new bill was introduced, British American Tobacco South Africa (BATSA) announced a partnership with the Eastern Cape Development Corporation (ECDC), a government agency. Under their agreement, BAT would collaborate on training for farmers and BATSA would commit to buying their tobacco leaves.

This dirty tactic not only seeks to recruit farmers; it also inadvertently involves the government in public relations that burnishes tobacco’s reputation while undermining public health efforts.

With the goal of the NHI Bill to make quality healthcare accessible to all South Africans, we must pass the new tobacco bill with urgency as any delay continues to subject the population to immediate health harm from tobacco use, and also hampers efforts to control communicable diseases such as tuberculosis and HIV, and non-communicable diseases such as diabetes, cancers and heart disease.

Tobacco use increases the population’s health burden and the government’s health expenses. The draft tobacco bill is exactly the kind of prevention policy that will ensure the success of the NHI. The tobacco industry has seen success from its dirty tactics in many other countries. We must be vigilant to ensure that it does not succeed here. DM

Dr Catherine Egbe is a specialist scientist at the Alcohol, Tobacco and Other Drug Research Unit of the South African Medical Research Council; Savera Kalideen is the executive director of the National Council Against Smoking, South Africa.