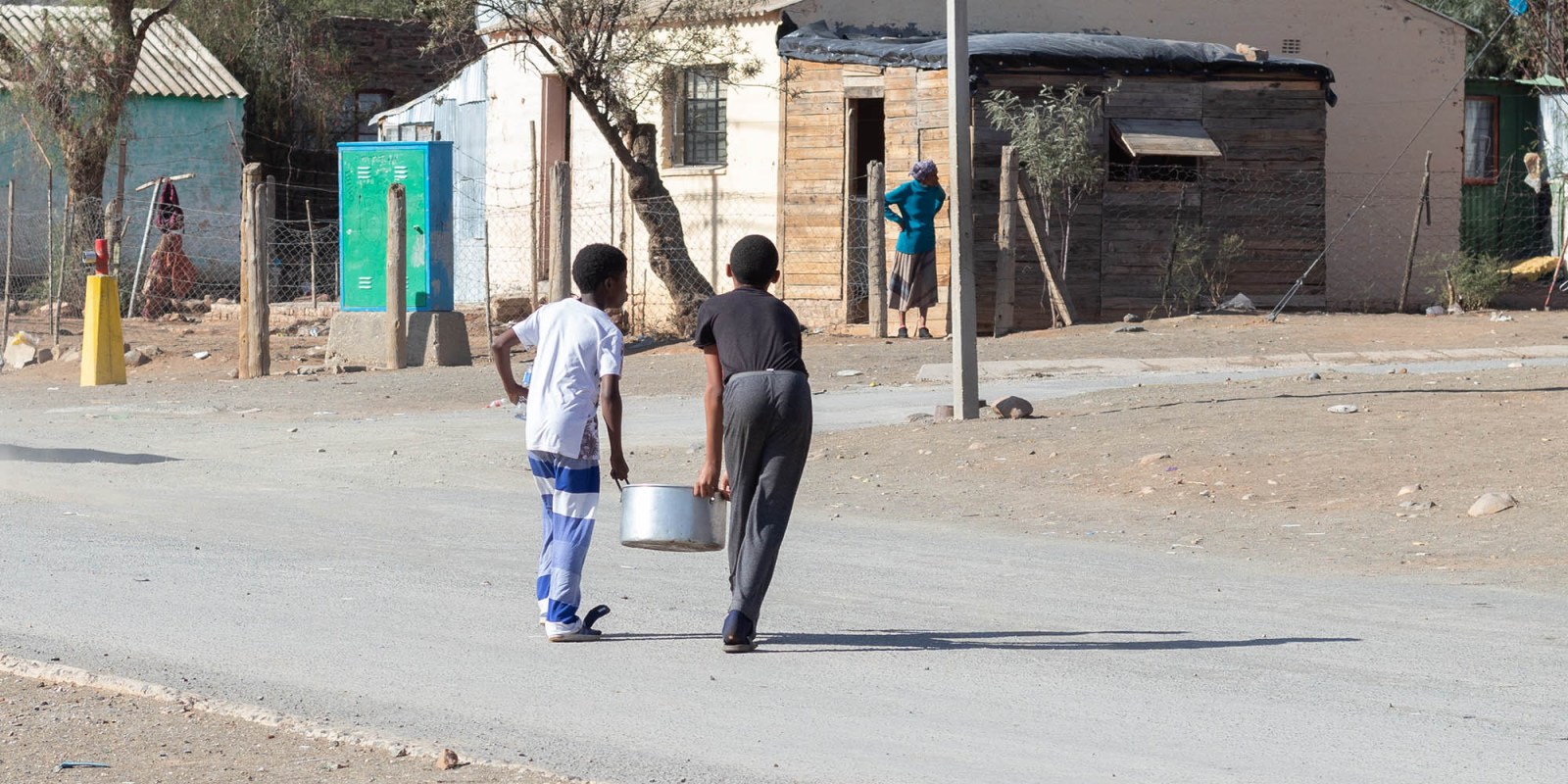 The Eastern Cape is in trouble: the provincial government is not doing enough, and the little they are doing may be too little, too late.

The Eastern Cape government has declared the province a drought disaster area and the premier is “considering” a request to meet farmers. However, the provincial government’s upcoming mid-term budget shows no real signs of commitment to help farmers and residents of drought-stricken areas.

With the drought in its fifth year, so far the province has committed just under R3-million in drought relief funds and has budgeted for another R3.2-million in the upcoming mid-term budget.

Dr Imtiaz Sooliman from Gift of the Givers said his organisation has already spent more than R3-million on boreholes, fodder and bottled water just in the Graaff-Reinet area. He said they were sinking an eighth borehole and included eight interlink trucks with fodder, bottled water, food supplements for children and water brought from Makhanda with water tankers.

“It is clear to me that they have no clue what is happening on the ground,” he said.

The Western Cape recently committed R148-million to drought relief, with R50-million being made available immediately, and the Northern Cape committed R50-million and further assistance with boreholes and fodder.

“Every government in the world should make provision for funds to help its people when disaster strikes,” he said. “This government is failing dismally.”

He said the drought was now in its fifth year.

“The intensity of the drought has caught all of us by surprise. We had to deal with both increased temperatures and very little rain. We are going to be in real trouble if this carries on any longer.”

He said they were pleasantly surprised and relieved by the commitment of the Minister of Agriculture, Land Reform and Rural Development, Thoko Didiza, and the Minister of Human Settlements, Water and Sanitation, Lindiwe Sisulu, to assist where they can in the Eastern Cape.

He said the hold-up was the Eastern Cape government not asking the national government to declare the province a disaster area as this was how funds are made available.

“There is nothing we can do to override the province,” he said. “The process starts with them.

“They haven’t done anything to help us. It sickens me that the government does not want to face this. Yes, we know it will rain again, but it doesn’t rain money and food.

“It seems that the Eastern Cape government does not understand that food security and production is under serious threat.”

He said the law states that if two or more districts in a province have been declared disaster areas, like the Sarah Baartman area and the Amathole district, the premier should declare the province a disaster area.

“The incompetence in the Eastern Cape government is a crying shame,” Stern said. “There is a roadmap on dealing with a drought and they are all fast asleep.”

He said he believed incompetence was hampering drought relief in the province.

For several years up to Tuesday, October 15, Agri EC has been ignored in its many requests for a meeting with the province’s premier, Oscar Mabuyane.

But after the spokesperson for Mabuyane, Mvusi Sicwetsha, received questions from Maverick Citizen he said the meeting request would be considered.

“They are rather upset by what I said about them,” Stern said. “But this has now resulted in us meeting with the premier.”

Calling the current situation a “dry spell”, Sicwetsha on Tuesday said the Department of Rural Development and Agrarian Reform had spent R2-million on buying rainwater tanks and water troughs and another R800,000 on fodder. He said a further R3-million was budgeted for drought relief in the upcoming midterm budget, and that given the financial situation that was all they could afford.

He said after receiving a report from the Eastern Cape Department for Governance and Traditional Affairs they had declared the province a disaster area and were waiting for this to be published in the Government Gazette.

He said farmers with insurance should claim from their drought insurance.

He said he wasn’t going to enter into a “verbal boxing match” with Stern in the media.

He said given the financial situation of the provincial government, the money allocated “might not reach all farmers”, but more funds will become available once a drought disaster is declared.

Sicwetsha stressed there had been one meeting between farmers and the MEC of Rural Development and Agrarian Reform, Nomakhosazana Meth, and they were “working on a second.”

With regards to the threat to food security, he said they were working hard to increase the number of producers, improve the quality of food and ensure sustainability.

Sicwetsha insisted it wasn’t true that households were not provided with drinking water.

“We are providing water,” he said.

He said that now was not the time for accusations.

“We have to work together and not against one another to deal with this.”

The money that has so far been made available by the provincial government for drought relief has been spent on:

The DA’s Odendaal said he had written to the members of the portfolio committee for Rural Development and Agrarian Reform to request that they summon Meth and the acting head of the department, Heathcoat Jongile Mhlomi, to explain the province’s lack of drought response.

“It is clear to me that the province does not realise the severity of the situation,” he said.

“The drought is disastrous.” MC