Looking beyond the Grade 9 Certificate debate: The Thre...

Looking beyond the Grade 9 Certificate debate: The Three Streams 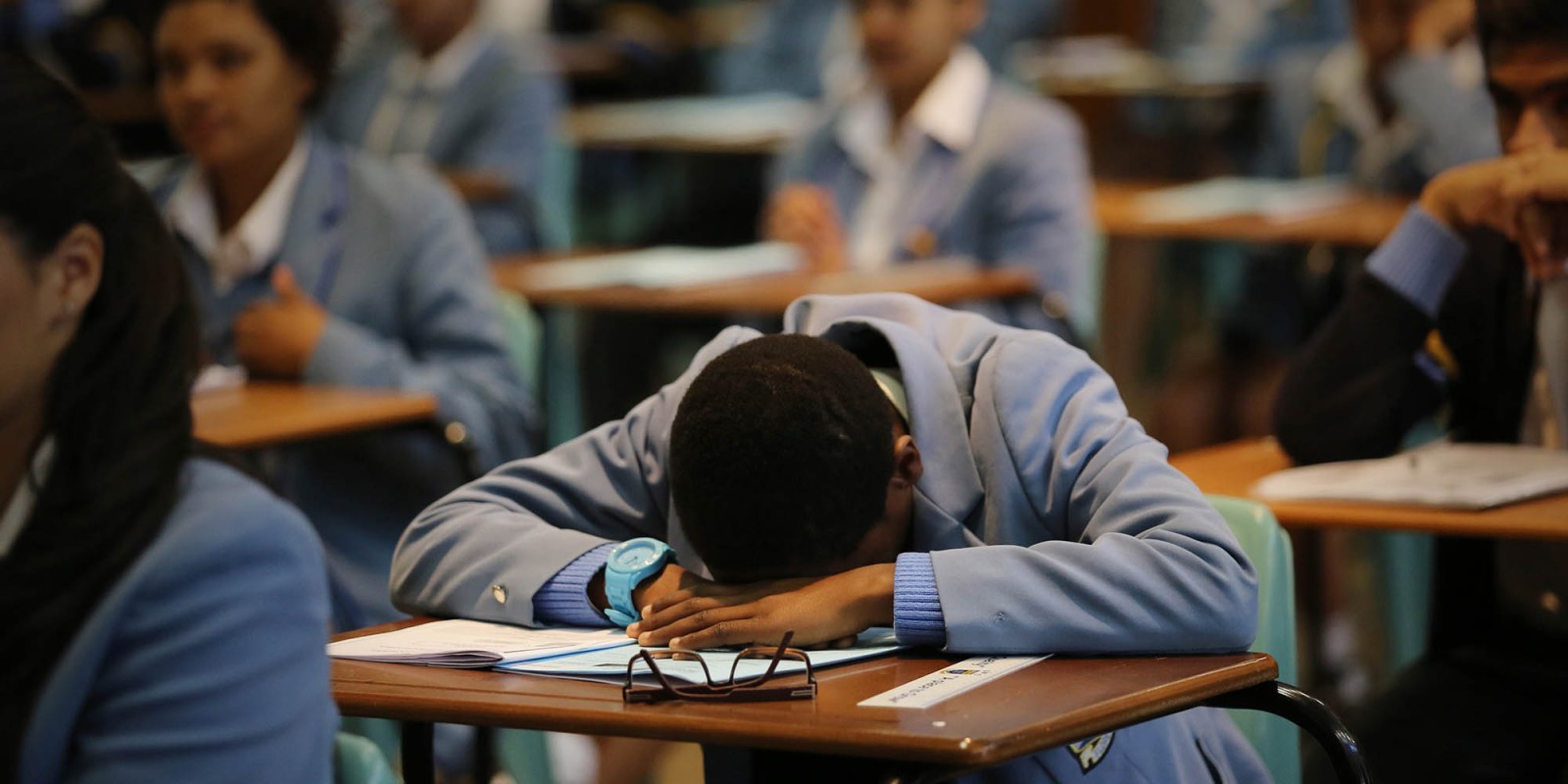 The proposed Grade 9 certificate, with the associated three – academic, technical vocational and technical – streams, will not solve problems of young people dropping out and not being able to access the labour market. But it will create additional resource pressures on the system, first to produce an exam and certificate, and second by duplicating what the TVET colleges are already struggling to do.

Many critics assume a Grade 9 Certificate will push the most marginal learners out of the system even earlier than they are exiting at the moment. As Janet Jobson and Kristal Duncan point out, the official government position is that the General Education Certificate will help learners to identify education and training options that would best suit their inclinations. They also argue that a national Grade 9 assessment will provide valuable information about how much young people have actually learnt. National assessment at the end of Grade 9 could offer an earlier opportunity to hold learners, teachers, schools, and the system accountable.

What has been less well covered in the public debate is the critical relationship between the proposed new certificate and the roll-out of what the National Department of Basic Education now refers to as the “three stream” model. Viewed as part of an integrated reform agenda, the certificate and the three stream model have the potential to radically alter the South African education landscape. As such, they demand careful analysis.

What exactly is the three stream model? Although no substantive plan or policy proposal has been made available to the public (save a presentation made to the Parliamentary Portfolio Committee on Education) there are signals of what the reform proposal is about. At the core of the reform is the introduction of three discrete curricula options or “streams” in secondary education that learners (or their parents) would be allocated to or choose to pursue: an “academic” stream, a “technical vocational” stream, and a “technical occupational” stream.

The three streams or pathways are not entirely new. The academic stream is our typical comprehensive secondary school with academic subjects (History and Biology) and vocationally oriented subjects like Accounting, Computer Applications Technology, and Tourism and Hospitality. This stream is currently predominant. The technical vocational stream is associated with the curriculum options available at technical high schools, including a choice of subjects such as technical mathematics, technical science, and engineering subjects, as well as some subjects from the academic stream. The third stream, the technical occupational, is currently available in a small number of special schools like the Schools of Skills in the Western Cape. Currently, these schools are geared towards practical training for young people with moderate learning disabilities.

It is not clear yet whether the aim of the Grade 9 General Education Certificate and the three stream model reforms are intended to provide a clearer curricula and qualification framework with incremental expansion of specialised schools, or—and this is how we interpret the proposals—to dramatically transform the architecture of secondary education with the expansion of the second and third streams. The latter is cause for extreme concern. These are some of the problems.

First, we already have a technical and vocational education and training system, under the Department of Higher Education and Training. If the proposal is for the massification of technical, vocational and occupational training within the existing secondary school sector, there is a very real danger of duplication. There is a growing recognition of the huge cost of vocational education and the major capacity constraints within the TVET college sector. The first and most obvious example is the difficulty attracting qualified teachers who have real experience in the world of work. This would undoubtedly be experienced with an expansion of similar work-related curricula programmes at the secondary school level. The technical and vocational education and training system is weak but improving. We need streamlining and strengthening, not a duplication.

Second, the proposed third stream is very unclear at present, but the idea seems to be re-purposing special needs education as a solution to the failures of our schools.

Third, even if the three “streams” are viable, the Grade 9 Certificate will not make it any more likely that learners will leave academic secondary school and go to TVET sector. Young South Africans can currently leave school after Grade 9, either to look for work or to shift to a Technical and Vocational Education and Training College. Mainly, they and their families choose not to. In fact, most of the students in our TVET colleges have matric—and struggle with college. For those that do choose to leave, having a certificate will not give them new choices.

Nor, fourth, will the certificate have much labour market value for the young people who leave school before matric. A firm survey recently conducted in manufacturing companies by the Wits Centre for Researching Education and Labour confirms that even in the clothing and textile sector, which employs workers with low levels of education, factories require Grade 10 as an absolute minimum requirement, and most require matric. In other manufacturing sectors, employers ask for matric as the minimum requirement for ‘unskilled’ jobs. South Africa has mass unemployment, and employers select from the highest available qualification. A lower certificate would provide no value to job seekers.

Other available studies, such as by labour market economists Bhorat, Cassim, and Tseng, point to the fact that the current South African labour market requires higher levels of general education. This is in line with international trends. A major review of vocational education in the United Kingdom, for example, recently found that English and Mathematics are the most vocational of all subjects which learners can take, and are the subjects with the most value on the labour market. There is little evidence that the current labour market requires large numbers of people with only practical training (particularly of the kind associated with the occupational stream).

The proposed certificate, with the associated three streams, will not solve problems of young people dropping out and not being able to access the labour market. But it will create additional resource pressures on the system, first to produce an exam and certificate, and second by duplicating what the TVET colleges are already struggling to do. DM