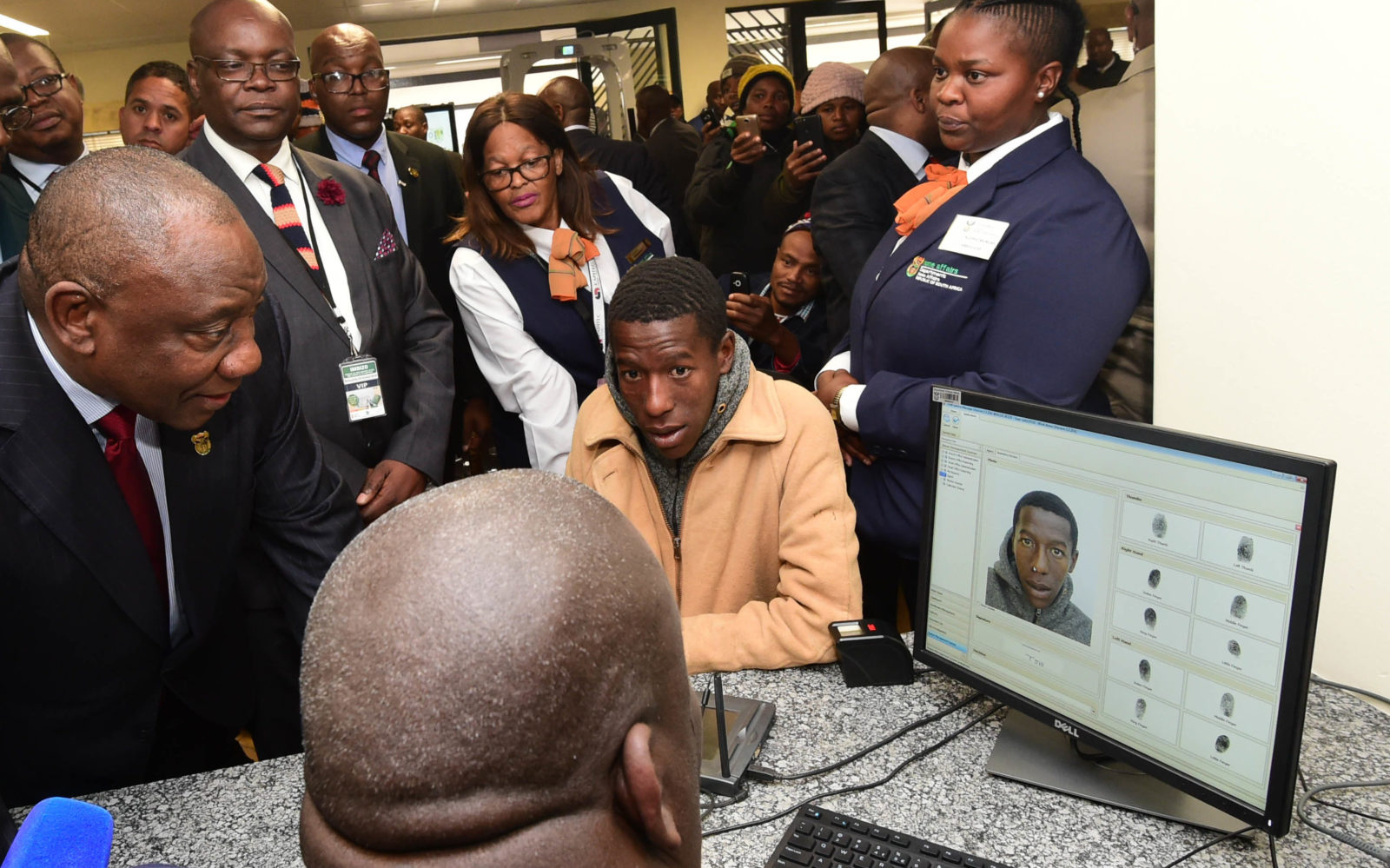 President Cyril Ramaphosa visited the Department of Home Affairs on Friday to announce the launch date of the electronic visa (e-Visa) system. He said the system would also bring about economic opportunities for South Africa.

There was a flurry of excitement among staff at the Department of Home Affairs (DHA) in Pretoria as President Cyril Ramaphosa announced that long-awaited electronic visas (e-Visas) are to be launched in November 2019.

The e-Visa system will be implemented for those in South Africa who want to travel abroad and those abroad who want to come to South Africa. The biometrics can be done online instead of having to visit the embassy, which saves time and money.

“Changes to our visa regime are designed to make it easier for visitors to experience our country and contribute to our economy through their purchase of goods and services,” Ramaphosa said.

Officials from DHA demonstrated how the system works and Ramaphosa added he hoped this “world-class” system would ensure economic growth, attracting “millions” of people into South Africa.

“Countries that benefit the most from increased visitor flows and revenue are countries that have liberal visa regimes that nevertheless ensure that they are not exposed to undue risk. We want to be such a country,” Ramaphosa said.

“They [other countries] have been saying to us, improve your visa regime and you will get tourists.”

The e-Visa system was announced by the president during his State of the Nation Address in February 2019.

Ramaphosa appealed to DHA staff and management to not be corrupt and to treat people who seek refuge in South Africa with dignity.

“We want to know that you deal with them with care. You all occupy very important positions, I want your dedication to continue.”

He said the DHA has gone from “the department of horror affairs back to the Department of Home Affairs” but said there is still work to be done.

“You facilitate the entire life cycle of citizens, from birth to death, and you facilitate our engagement with the continental and global community. Your mandate is crucial to the attainment of our development priorities.” DM