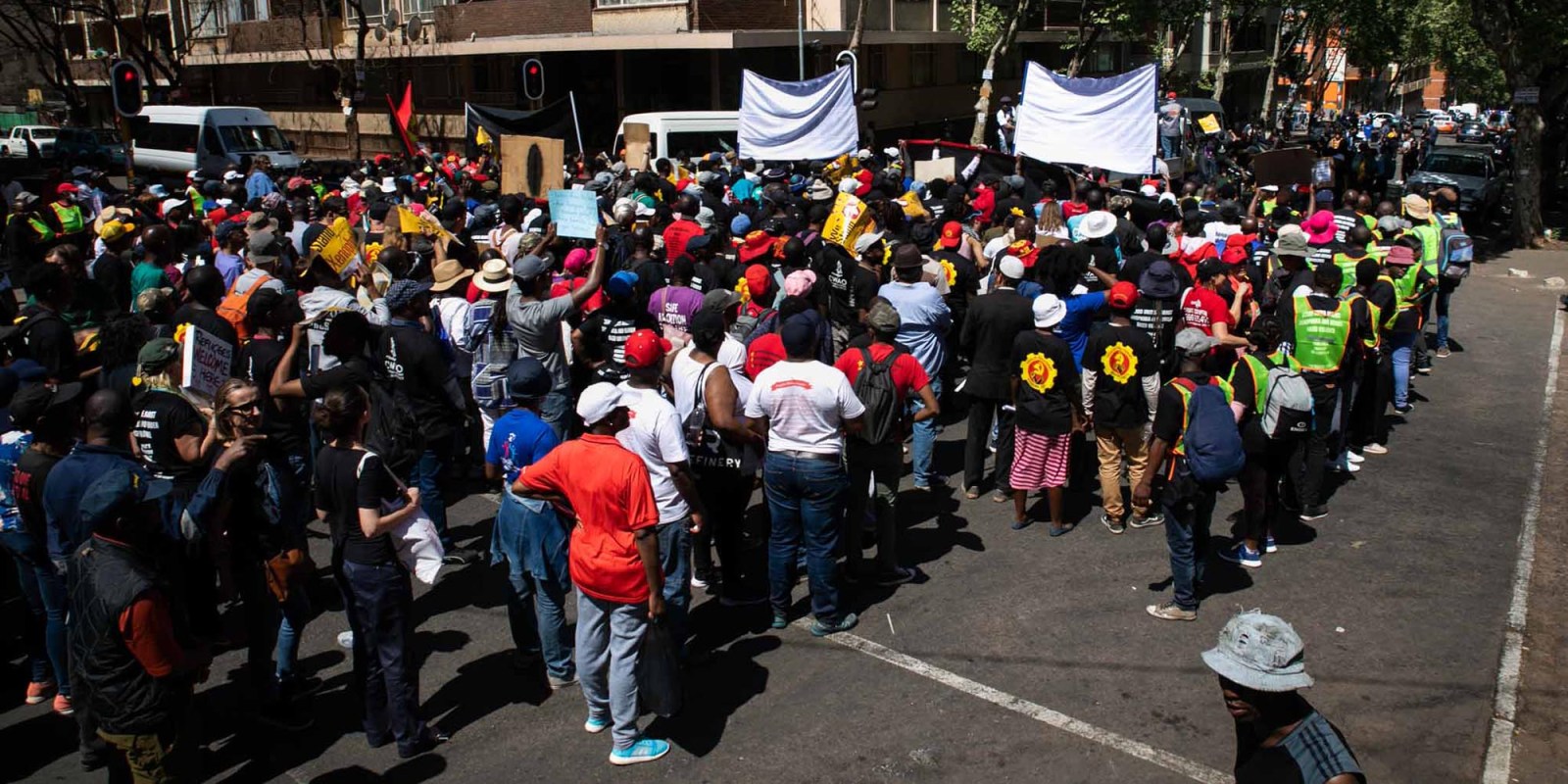 We are more than a year into the Zondo Commission, but sometimes one can be forgiven for thinking, where are the people’s voices and who were the real victims? On 12 October a People’s Hearing in Johannesburg aims to answer those questions.

In late 2018 a Civil Society Working Group on State Capture was established with the aim of helping to ensure the effectiveness of the Zondo Commission into State Capture. Nearly a year later the coalition includes more than 20 civil society organisations committed to working to ensure accountability for crimes linked to State Capture. They include Right2Know, Open Secrets, Corruption Watch, Equal Education, the Treatment Action Campaign, SECTION27 and Outa.

The working group operates independently of the commission, monitors its progress and has engaged openly with it on its objectives and concerns. This year it has coordinated the development and submission of a number of evidence-based submissions supported by a joint advocacy strategy. The organisations are also working on a joint submission to the commission which will hopefully become a roadmap for civil society for future action. The objective is to draw attention to the social costs of corruption and its negative impact on the transformation and the realisation of crucial rights, such as to health and basic education.

Put bluntly, the price poor people pay for elite corruption is dignity, hope and even life.

To this end, in the course of 2019, civil society organisations have now made nearly 30 written submission to the Zondo Commission. Included are submissions by the Southern African Faith Communities Environment Institute (SAFCEI) on the nuclear deal; Corruption Watch on public procurement; Right2Know, SOS coalition and Media Monitoring Africa on the surveillance of activists and journalists; Outa on political leaders associated with State Capture; and SECTION27 and the Treatment Action Campaign on the looting of the health system.

The impact of State Capture in the education system is brought under the spotlight by Equal Education and others. The submissions also focus on private sector enablers of corruption (Open Secrets), the Sassa grants scandal (Black Sash, Centre for Applied Legal Studies and the Centre for Complex Systems in Transition). The My Vote Counts submission looks at the corruption associated with political party funding.

Although most of these submissions have not been made public yet, the working group is hopeful that later in 2019 the commission will dedicate several days to hearing these submissions. Maverick Citizen intends to report on this.

In the meantime, the collective advocacy strategy which the working group has decided to embark on is the People’s Hearing on State Capture, a one-day public meeting at Constitution Hill on 12 October 2019.

The hearing will be hosted by more than 20 non-profit organisations working on corruption and accountability and is co-ordinated by Open Secrets. The focus of the People’s Hearing will be the impact of the public (politicians, state institutions) and private actors (banks, auditors, Gupta companies et al) on people’s lives and hopes.

Heads of various government anti-corruption agencies, the NPA and leadership of the Zondo Commission have been invited to “listen”.

On the day, the organisers plan to prioritise community leaders speaking of their experience of State Capture. In the run-up to the hearing, the working group has launched #DearJudgeZondo, a campaign on social media that calls on members of the public to record short WhatsApp videos with messages about the impact of State Capture on their lives and what they feel needs to be done to address this. These videos will be shown at the People’s Hearing and shared via WhatsApp, Instagram, Twitter, Facebook and YouTube).

The hearing also plans to screen clips from documentaries that showcase the impact of State Capture on communities. The event will be live-streamed on the day.

According to Zen Mathe, a co-ordinator of the Working Group, the Zondo Commission “cannot be reduced to a ‘soapie’ by high-profile witnesses implicated in corruption who engage in various antics as a means of escaping accountability”.

The problem is that the link between each corrupt “deal” exposed in the hearings and the plight of citizens is not always obvious. Not all manifestations of our deepening inequality can be traced to State Capture – apartheid and other crimes have contributed to the social crisis – but in the cases the People’s Hearing will highlight there is strong evidence that State Capture has caused or exacerbated an existing injustice.

The organisers cite as examples that will be showcased: the impact of State Capture on workers at a Gupta-owned mine in Mpumalanga, the impact on learners of the Limpopo school textbooks crisis of 2012 and beyond, and, in the Western Cape, the impact on commuters of the capture of Prasa.

The hearing’s aim, says Mathe, “is to send a powerful reminder to politicians and state officials that while we must focus on the technical details of the crimes of State Capture, we must urgently reflect on what impact this has had on the majority of South Africans”.

The event takes place in the iconic women’s jail at Constitution Hill and is chaired by three SA human rights activists: Nomboniso Gasa, who has a long history in political and women’s rights activism and now works on issues of land, gender and culture; Yasmin Sooka, a former commissioner of the truth commissions in South Africa and Sierra Leone who continues to campaign against impunity for apartheid crimes; and Nonhle Mbuthuma, founder of the Amadiba Crisis Committee, a human rights defender from the Eastern Cape who has helped stop major mining developments which threaten the rights of indigenous people and their environment.

The People’s Hearing is open to the public and entry is free.

“We are organising in the public interest and call on South Africans to join us in holding the powerful to account. The damage they have caused can no longer be ignored,” said Mathe.