We have a Game Changer — a decade of Daily Maverick 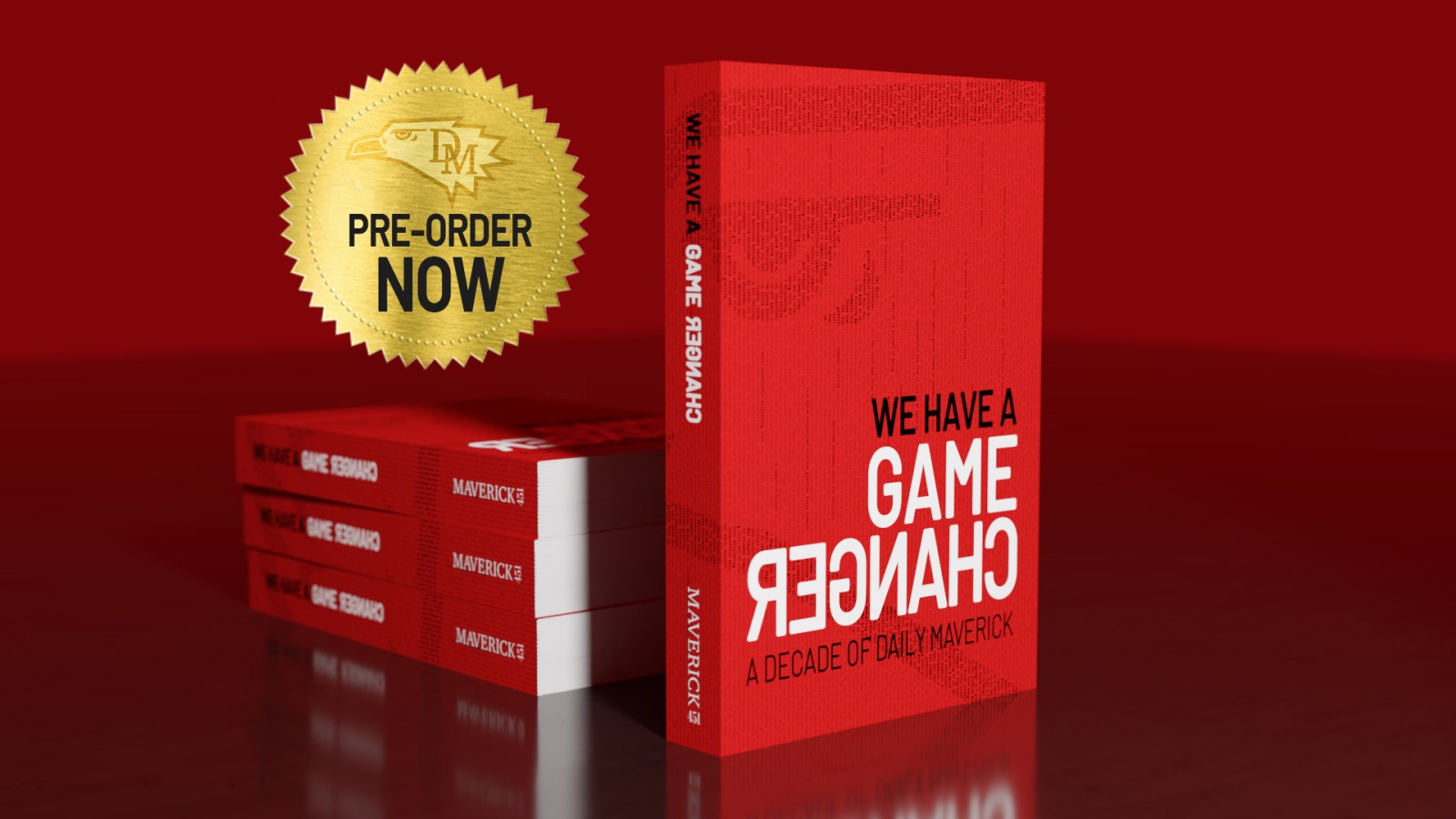 This week we put the final touches to the manuscript of Daily Maverick's 10th anniversary book that tries to do justice to our adventures in news land.

“The only time I was slightly nervous was when we got this WhatsApp from the group saying, ‘Here are the names of lawyers, if your house gets raided’. And then I worried about my children, and I worried about what it would mean for them to have the house raided. I grew up in apartheid South Africa, and those guys would have raided my house within five minutes if they’d known we had all those documents. I thought it was unlikely, but I made sure that the files weren’t in my house. I took them somewhere safe, just so that it wasn’t there. We had instructions to throw it out the window, or stand on it, which I would have done.”

— excerpt from the prologue of “We Have a Game Changer. A decade of Daily Maverick”

We don’t remember exactly whose bright idea it was to embark on another huge project in 2019, the year we exploded in size and reach. It was one of those situations where the initial burst of enthusiasm for the book was almost savaged by the black hole of “if we had more time and people” thinking. The kind of talking around ideas and possibilities without tagging any concrete actions or addenda to already verbose to-do lists. Luckily for us, Fran Beighton, our Maverick Insider Community Manager, had yet to be jaded by the grind of Daily Maverick life — sticking her hand up to manage this project to fruition. And so another sucker was born, and with her, the commitment to deliver a 10th anniversary book that would try to do justice to our adventures in news land.

This week we put the final touches to the manuscript of the book that is being sent off to our publishing partners, Electric Bookworks. It is also a week in which we were humbled to receive, along with our colleagues from amaBhungane, News24, Open Up and Finance Uncovered, the Global Shining Light Award for Investigative Journalism — a lofty accolade awarded only every two years. And on 30 October, we will officially celebrate the milestone of 10 years (and 120 payrolls) of keeping this online daily going in the digital news media space, which sometimes feels like 70 in human years. It seemed the right time to let you know this was happening.

It can feel slightly narcissistic to commission one’s own memoirs, in the hope that enough people would be interested in the work. But the success of our membership programme, Maverick Insider, has provided us with enough opportunities to test and validate our thinking for this project. That, and the fact that in the past couple of years we’ve had some real James Bond-ian moments, complete with secret handshakes and weird rolling car crashes. (Ok, we’re kidding about the secret handshakes). And while all the spy vs spy stuff was going down, we were engaged in another, almost constant duel with the visiting ghosts of survival past, present and future. So we decided, the mere fact we’re still around to tell the tale makes that tale worth telling.

Given the rigorous work demands of the current crop of superstars, otherwise known as DM journalists, it meant having to go outside our tribe to employ two full-time writers to conduct interviews with staff — both current and prior, whistleblowers, shareholders and other contributors. Tudor Caradoc-Davies and Tiara Walters were tasked with piecing together a year-by-year recount of how South Africa’s lost decade under President Zuma shaped the rise of Daily Maverick, and how Daily Maverick and friends would in turn help to shape South Africa. By the end, our project manager turned co-author jumped to fill in gaps that invariably arise in a project with a scope this large, and the expertise of Rebecca Davis was enlisted to help edit this Frankenstein into a digestible monster.

We recount how the founders of Daily Maverick met and forged the new mission out of the embers of Maverick Magazine. How each year brought new editorial shocks on an endless conveyor belt of political scandals. And how this news startup hung on, despite competitor attempts at derailment and the implosion of the news media industry. We also shed new light on some of our investigations and how the worst case of double-crossing almost cost people their lives and the country a future.

As the book project began to grow, it became clear that the traditional publishing route wouldn’t quite work for us, not much surprise there. We expect to sell most copies of this book to our members and avid readers who already like to read long-form journalism. This assumption, combined with the ethos of our membership programme, where those who can help keep Daily Maverick free for those who can’t afford it, sent us on a slightly different publishing path. We started seeing the sparks of disruptive thinking in our progress meetings, gravitating to how we could make the book more digital and more accessible.

In South Africa, a book sale tally of 5,000 pretty much guarantees you a slot on the bestseller list. We know this shocking statistic because we started publishing a bestseller list ourselves. Combined with the minuscule market, limited range of titles and cost to acquire, most South Africans will just not be able to access books. And that’s just not the way we like to work at DM. (That and after all our hard work, we’ll be damned if only 5,000 people get to read this thing).

So we’ve decided to also put the entire contents of the book online, for FREE. We’re deciding exactly when we will do that, in order to respect those who purchase it, but we felt it important to let you know that it will happen. It will live on a dedicated microsite to ensure ease of accessibility to those who would not normally have that opportunity. We’re taking this brave step, betting along the way that our members, those who like the physical feel of the book, and those who can afford it, will want to hold those 100,000 words in their hands, be it on paper or Kindle. If these bets come-off and we don’t completely lose our shirts, We Have A Gamechanger will be the first book of the publishing imprint, MAVERICK 451.

If you’d like to be one of the supporters of the effort and help us walk this crazy road again, you can pre-order We Have A Gamechanger: A Decade of Daily Maverick or one of our 250 signed collector’s editions here.  DM