Ramaphosa, Mboweni and the thousand-humped camel 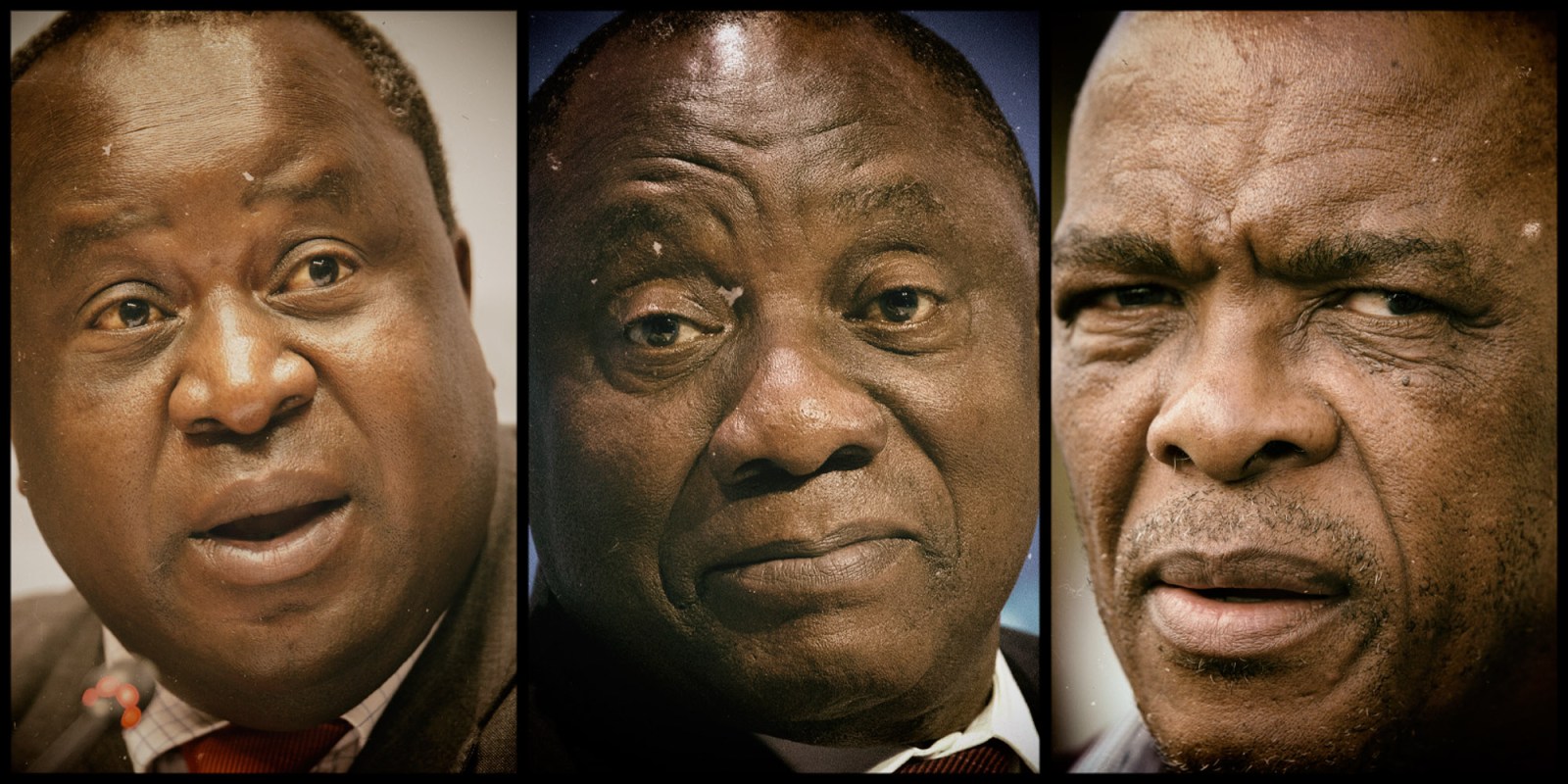 The ANC has said it will adopt some of the proposals in Finance Minister Tito Mboweni’s economic plan. Does this mean South Africa is on the verge of an economic upturn? Don’t hold your breath.

It is well-known that the ANC has found it difficult to formulate economic policy, and that this is one of the reasons why SA’s economy is slowing so dramatically. Within this environment, the proposals by the Finance Minister, Tito Mboweni that were released by the National Treasury several weeks ago were like a depth charge going off in already turbulent waters.

Now, the party has said it will adopt some of the proposals in the plan. But comment on some of the more difficult issues, such as selling state-owned entities and changing labour laws to make it easier to hire and fire workers, has been delayed. No one should be surprised.

The ANC has, over the years, adopted various economic policies and initiatives, almost none of which have led to positive change. The most important of these was the National Development Plan (NDP), which was adopted to acclamation by ANC delegates at the Mangaung Conference in 2012. This is surely the most explicit backing the ANC can give to a plan. And yet, almost none of it was implemented. Those who opposed the plan fought it at the implementation stage, while then-president, Jacob Zuma, appears to have had other, perhaps more personal, priorities.

Given the current state of the ANC, and the battles consuming it, it was always too much to ask for definitive action to be taken. The party is, and has been, too broad a church for hard decisions to be taken. The problem now, as it was during the Mbeki era, is that people like President Cyril Ramaphosa are in the same NEC as leaders from Cosatu and the SACP. The economic policy this has created has been akin to a thousand-humped camel.

No matter what was agreed by the NEC, the secretary-general of the ANC was always going to have a big role to play in the communication of this. Which means Ace Magashule, who has previously put the mandate of the Reserve Bank front and centre, was going to be involved in making the announcements and answering the questions.

Because of this complicated situation, it was always unlikely that important and radical changes to economic policy would be announced on Wednesday 2 October.

The easy, non-controversial parts of Mboweni’s plan have – of course – got the NEC’s approval.

There is the focus on modernising network industries, such as opening up the telecommunications spectrum and prioritising growth in the labour-intensive sectors of agriculture and tourism (both of which are surely the closest there is to a silver bullet for our particular problems). Obvious stuff.

However, some of the major issues, the difficult stuff, appear to have been ducked.

Despite leaks over the weekend demonstrating that Mboweni had told the NEC that government should “stop subsidising” poorly-performing SOEs, no hard decisions have been made about selling or privatising them. There is instead the use of previous ANC policy on this. Slightly unhelpfully, the NEC statement says:

“Other priority areas include the restructuring of Eskom and dealing with Eskom’s unsustainable financial position; and tackling the poor financial position of Eskom, SAA, Denel and other state owned companies. It was agreed that the long-standing ANC policy with respect to strategic equity partners in various state owned companies; and consideration will be given to models of worker and social ownership.”

This doesn’t explain what will happen next, particularly on the burning issue of Eskom.

Officials at the press conference said the issue would be dealt with during Mboweni’s Medium-Term Budget Policy Statement at the end of October. In other words, the big decisions are being left until then.

This indicates careful political management: It is easier to use the lever of the finance minister than it is to get things through the NEC.

This has happened before.

In the years leading up to 2013, there was much ANC disagreement about what was called the youth wage incentive scheme, where employers would get a tax break for employing first-time jobseekers. Parts of the alliance fought bitterly against the scheme. In the end, the then-finance minister, Pravin Gordhan, turned it into a Money Bill and so was able to get it through Parliament.

Elements of that manoeuvre may be repeated here. There are always ways to get things through a caucus if enough political skulduggery is employed.

So then, what will happen next, and what, if anything will actually be implemented?

This is hard to say, particularly with reference to the non-implementation of the NDP.

But much will depend on Mboweni, and what he is able to do. Ramaphosa’s power to appoint Mboweni and retain him at the Treasury is a big lever. Mboweni’s personal circumstances (that he had left formal politics and has hinted that he doesn’t need this job) allow him freedom of action – as long as it doesn’t politically damage Ramaphosa. This could explain why Ramaphosa has been silent on Mboweni’s Treasury proposals: the president is ensuring he does not take any political flak for them.

The ANC ends its economic section of Wednesday’s statement with this comment:

“Overall, the ANC emerges from this NEC meeting with a clear determination to act decisively and resolutely. The ANC will meet its Alliance partners in the Political Council. It will also engage other social partners to build an overarching social compact for the implementation of an economy recovery and transformation plan.”

It is surely impossible, given everything that has happened and the current context, to believe that the ANC will in fact “act decisively” on the economy. There is nothing in the history of the party since the GEAR programme of 1996 to indicate that it has the political ability to do this.

But it may be possible – and it’s important to emphasise the “may” here – that it will be difficult to stop changes in economic policy from being implemented. In other words, if there is no decisive bloc either way, then those who hold power in government may have more freedom to act.

South Africa’s economic recovery hinges, for the moment, on Mboweni, and the backing he receives from Ramaphosa. DM